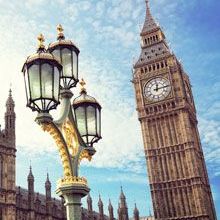 In response to the Government’s failure to appoint a Science Minister following the resignation of the previous Minister in early July, Dr Chloe James, Microbiology Society Council member and Senior Lecturer in Medical Microbiology at the University of Salford, UK, said:

“I feel very disappointed at the news that a new science minister has not been appointed. As a microbiologist, I am acutely aware of the importance of immediate government response to rapidly evolving issues like the continuing COVID-19 pandemic, cases of monkeypox and polio, and climate change. So this seems a very dangerous time to leave the Science Minister role vacant, while we wait for a new government to be formed. This is following on from the scrapping of over 100 European Union research grants to UK scientists over government failure to comply with Brexit trading rules. Earlier cuts were also made to major overseas development funds, which severely affected UK scientific research collaborations with other countries. The decision to delay appointment of a Science Minister again calls the government's priorities on science into question and suggests a lack of commitment to the progression of scientific endeavours. I am deeply concerned about the UK's science policy moving forward.”

“The failure of the government to appoint a replacement Science Minister after the recent wave of tactical resignations is disappointing and concerning. UK research is currently facing major challenges, not least with our associated to Horizon 2020 being used as a political pawn. Additional instability brought about by government infighting only adds to the uncertainty that the sector is facing, undermining confidence and making the UK a less attractive place for global research talent and investment. Research and innovation can be integral to the UKs economic recovery and will be vital in tackling the issues which threaten humanity including climate breakdown, antimicrobial resistance, and future pandemic preparedness, but only if we invest long-term in its future. At what is a crucial time for UK science and research, the appointment of a new minister to oversee these challenges should be a priority for any government who takes research and innovation seriously.”