Browse through the National Collection of Type Cultures archives.

In producing this small exhibition, we have collaborated with Public Health England’s (PHE) National Collection of Type Cultures (NCTC) team, who kindly re-produced items relating to the work of Sir Alexander Fleming from their own archives. One of the founding members of the Society, Ralph St John- Brooks, was also the first curator of the National Collection of Type Cultures from 1920 until 1946.

All images are credited to Public Health England. 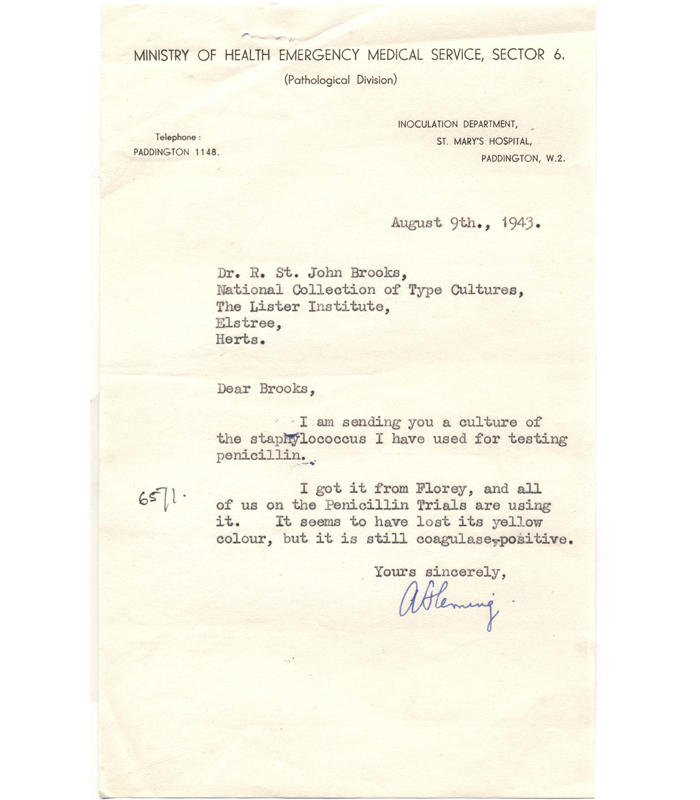 In this letter to Dr. R. St. John Brooks, Sir Alexander Fleming details how he and co-workers had used a Staphylococcus strain extensively in the penicillin trials of the early 1940s – a  significant moment in his research. At the time, NCTC 6571 was used as a control organism to assay the concentration of freshly produced penicillin. The strain is still frequently used today as a well-characterised penicillin sensitive control strain. 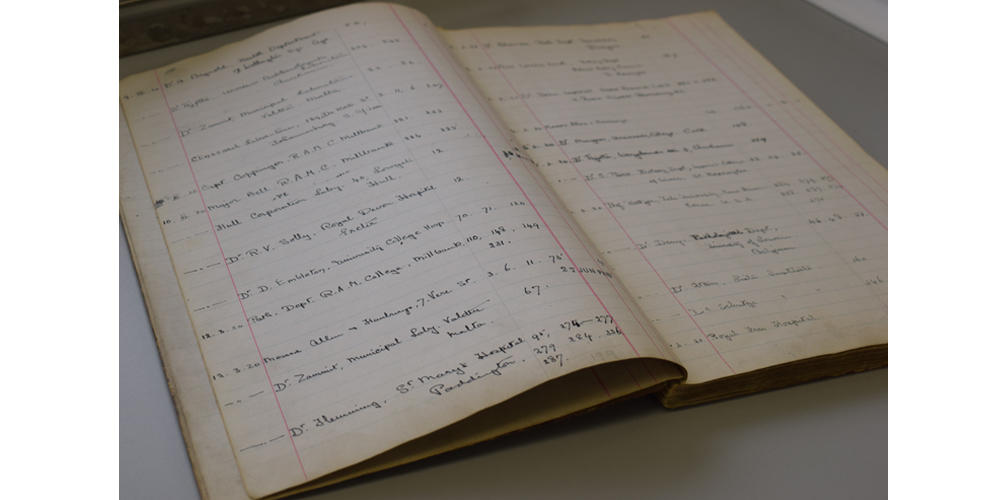 In this, the first order book of the National Collection of Type Cultures, Sir Alexander Fleming requested an order for the supply of cultures of bacterial strains of animal origin/veterinary significance. In his paper titled ‘On a remarkable bacteriolytic element found in tissues and secretions’ Fleming gives thanks to Dr. R.St. John Brooks (NCTC’s first curator and Secretary of the Society for General Microbiology) for providing the strains. It was Dr Brooks who later wrote to Fleming requesting him to consider his Presidency of the Society. 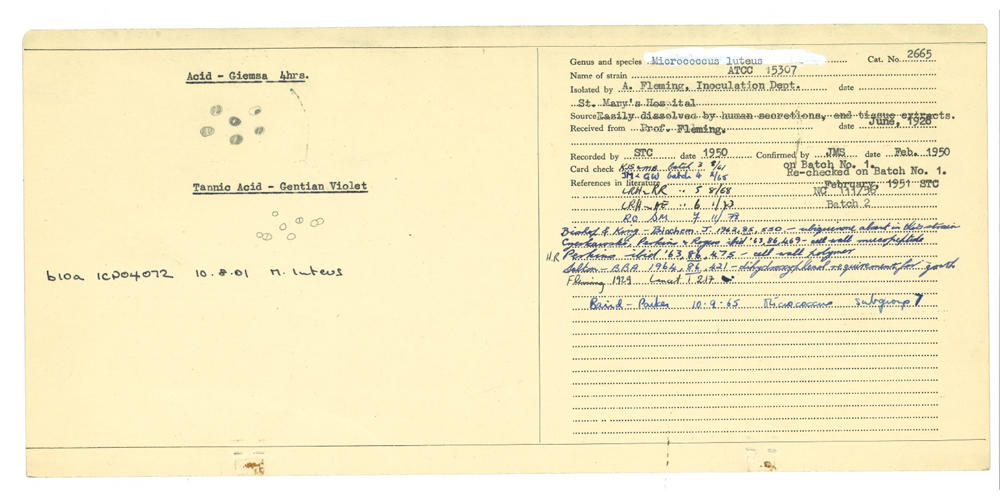 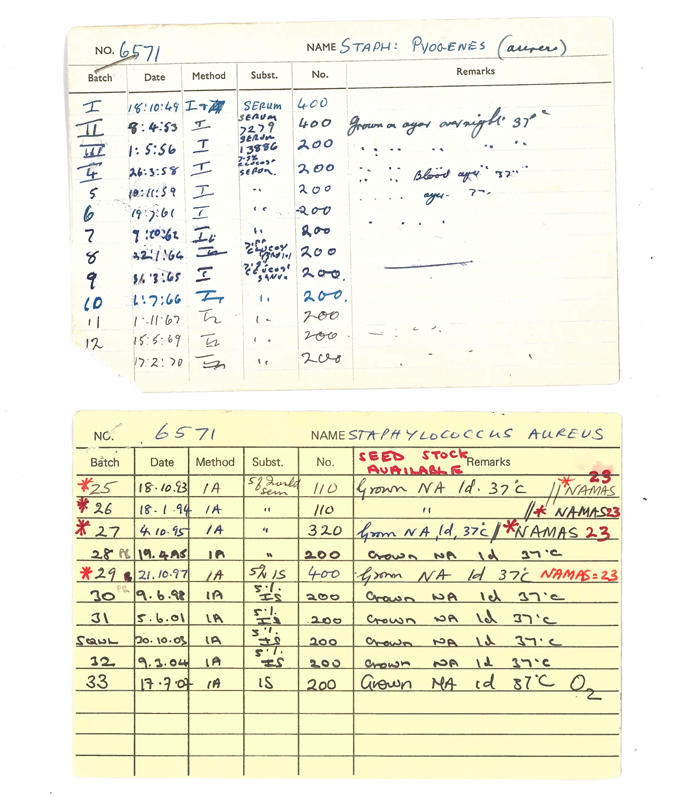 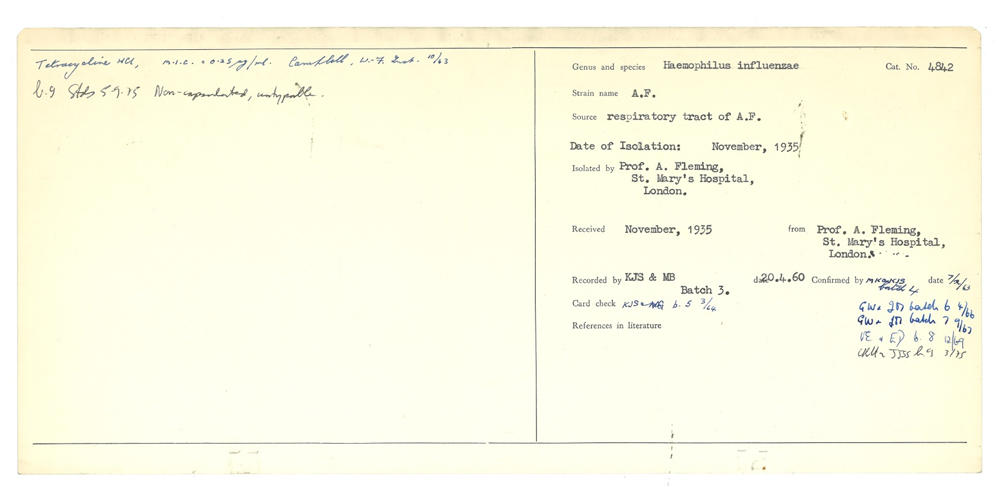 NCTC 4842 Haemophilus influenzae was isolated and deposited into the NCTC by Sir Alexander Fleming in November 1935.

It has been suggested that the source of bacteria came from Fleming’s own nose, which highlights the species ecology as a commensal organism

Interestingly, when Fleming first described penicillin, it was not as a therapeutic agent, but as an ingredient that could be added to culture media to isolate strains of H. influenzae (Then known as B. influenzae, and erroneously thought to be the cause of influenza at the time). 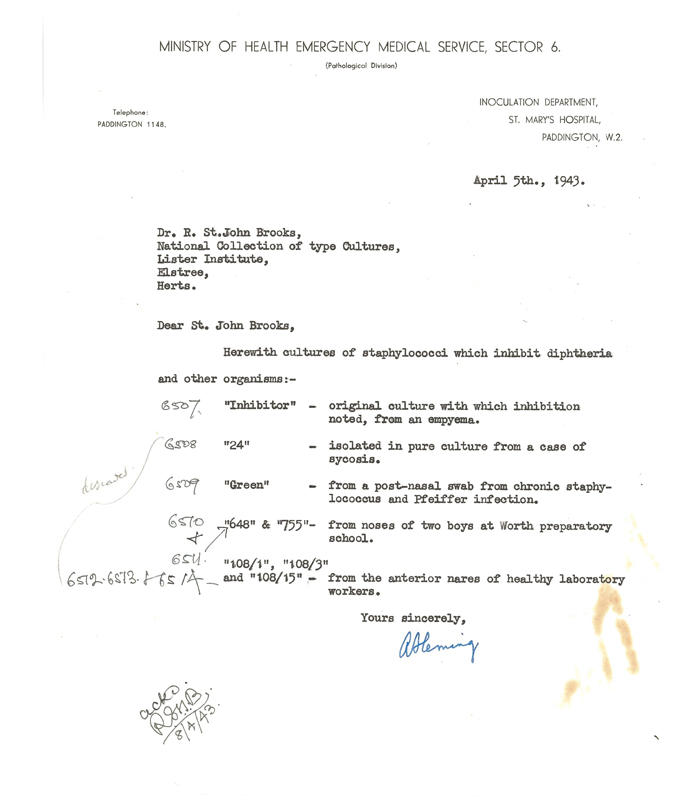 Letter regarding the deposit of 8 strains of staphylococci, dated 5 April 1943.

In this letter to the curator of the NCTC, Sir Alexander Fleming deposits several strains determined to inhibit diphtheria (Corynebacterium diphtheriae). Of them, only NCTC 6507 Staphylococcus aureus (“Inhibitor”) and NCTC 6513 Staphylococcus epidermidis (“108/3”) remain in the collection.