The Scientific Seminar Series is designed to reach the microbiology community to disseminate knowledge across its professional networks. The events are designed as a regularly repeated series of short (typically 1–2 hour) online meetings.

The Journal of Medical Microbiology (JMM) monthly seminar series is designed to showcase high-quality and timely research from the journal’s key authors. JMM welcomes everything from laboratory research to clinical trials, including bacteriology, virology, mycology, and parasitology. The JMM seminars will reflect this same comprehensive scientific content.

Please note all times listed on the programme are in BST (UK time).

Please note all times listed on the programme are in GMT (UK time).

All seminars will be run via Zoom, a link for which will be sent to you via email prior to the meeting. Please ensure you have updated to the latest version of the Zoom desktop or mobile application (version 5.3 or higher is recommended).

Senior Lecturer in Microbiology at the School of Veterinary Medicine, University of Surrey, UK 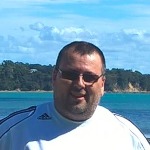 Dr. Arnoud van Vliet is a Senior Lecturer in Microbiology at the School of Veterinary Medicine of the University of Surrey, UK. He received his Ph.D. in infectious diseases from the University of Utrecht in 1995 and has led research groups at the Erasmus MC Rotterdam in the Netherlands and the Institute of Food Research, Norwich, UK. His research focuses on zoonotic bacterial pathogens such as Campylobacter, Listeria, Escherichia coli, and Salmonella. While he trained as an experimental scientist, he moved into the area of genomics/bioinformatics, intending to use genome sequencing and analysis technologies to understand better bacterial virulence, biology, epidemiology, and antimicrobial resistance. One of his goals is to make bioinformatics/genomics more accessible and user-friendly to novice users. He is currently Senior Editor of the Molecular and Microbial Epidemiology section of JMM and has been an editor of microbiology journals since 2003.

Dr. Leal has a broad background in microbiology, immunology, molecular biology and medicine with residency training in pathology and subspecialty fellowship training in medical microbiology. He received his MD/PhD training in the Medical Scientist Training Program (MSTP) at Case Western Reserve University, pathology residency training at the University of North Carolina in Chapel Hill, and Microbiology fellowship training at the Cleveland Clinic. He is certified by the American Board of Pathology in Clinical Pathology and Medical Microbiology and is a Diplomate of the American Board of Medical Microbiology. He has a special clinical and research interest in medical mycology and has been at the forefront of COVID-19 diagnostic response and the study of COVID-Associated 2° mold infections.

Norman is a Consultant Clinical Scientist and Laboratory Surveillance Lead for Vaccine Preventable Bacteria at the UK’s Health Security Agency (UKHSA), Colindale, London, UK. The UKHSA brings together the health protection functions of Public Health England and National Health Service Test and Trace, including the Joint Biosecurity Centre. Norman is also Head of the Vaccine Preventable Bacteria Section which includes the National Reference Laboratories for Streptococcus pneumoniae, Haemophilus influenzae, Bordetella pertussis and diphtheria. His laboratory also hosts the World Health Organisation Collaborating Centre (WHO CC) for Streptococcus pneumoniae and Haemophilus influenzae (Co-Heads: Norman Fry & David Litt) and the WHO CC for Diphtheria and Streptococcal infections (Head, Prof Androulla Efstratiou). Norman is also Co-Editor-in-Chief (with Prof Kalai Mathee) for one of the Microbiology Society journals, the Journal of Medical Microbiology.

Norman completed a BSc (Hons) in Microbiology and Virology from the University of Warwick in 1984, and was awarded a PhD on Legionella in 1992 whilst at Colindale.  From 1992-1995 he moved to the USA to pursue a post-doctoral fellowship exploring microbial populations in the deep subsurface at the University of Illinois and Northwestern University, with field trips to the Pacific Northwest National Laboratory, Richland, Washington State to filter many litres of groundwater. He returned to Colindale, public health microbiology and Legionella in 1996, then moved into working on the bacteria causing vaccine preventable diseases.

Tim Inglis is a UK-trained medical microbiologist, who migrated via Singapore to Australia, and Deputy Editor-in-Chief of Journal of Medical Microbiology. His work on emerging infectious diseases in Western Australia has emphasised capability building in regional, rural and remote locations where pathology support is lacking. Currently, much of his time is taken up on COVID laboratory activities, and if it weren’t for the pandemic, he would be working flat out on new methods for rapid diagnosis of systemic, drug-resistant infections in regional Australia. In his spare time, he enjoys trail running and looking after a smallholding.

Professor Kalai Mathee, who hails from Malaysia, is the first Florida International University (FIU) faculty member inducted as a Fellow of the American Academy of Microbiology for her original contributions to advance science and microbiology in 2020. Of the two Malaysians ever inducted, she is the second and the first woman. The Academy is the honorific leadership group within the American Society for Microbiology, one of the world's oldest and largest life science societies. She also serves as editor-in-chief along with Norman Fry of Public Health England (UK Health Security Agency) of the Journal of Medical Microbiology, the first international editor in its 50-year history.

Mathee joined FIU in 1999 as an assistant professor in the Department of Biological Sciences. When FIU created the medical college, she became the first founding faculty and the founding chair of the Department of Molecular Microbiology and Infectious Diseases. She rose to the rank of Professor in 2010. In 2011, she founded [email protected] Frost at FIU that uses artwork to addresses civil rights. She founded the FIU Global Health Conference in 2011 and the Global Health Consortium in 2014. In 2011, she was awarded the President's Council Worlds Ahead Faculty Award, the highest honor at FIU. In 2014, she was one of the inaugural recipients of the New England Biolabs Passion in Science Award for exemplary scientific mentorship and advocacy.

She has mentored 140+ individuals, from professors to middle-school students. Along with her mentees, she has published more than 130 articles and several book chapters in the fields of alginate gene regulation, antimicrobial resistance, gut and lung metagenome and microbiome, alternate therapeutics, forensic science, comparative genomics and bioinformatics. She has five patents to her credit.

Mathee received her PhD in molecular microbiology and immunology at the University of Tennessee, Memphis, in 1992. In 2018, she obtained her master's in public health, majoring in health policy and management from Florida International University. A native of Malaysia, she received a Bachelor of Science in Genetics (1984) and a Master of Science (1986) in Microbial Genetics from the University of Malaya.

Dr Lynn Silver received her Ph.D. in Molecular and Microbiology at Tufts University in 1975 and did postdoctoral work at the University of Geneva and NIH. In 1982, she joined Merck Research Laboratories, where she conducted research and supervised groups in discovery efforts for new antibacterials in both natural products and chemical collections. She oversaw various programs involving inhibitors of DNA and cell wall synthesis, participated in the discovery of the first published inhibitors of LpxC and the novel antibiotic platensimycin (FabF inhibitor). Her group also supported many chemistry efforts toward improving classic antibiotics, such as macrolides, glycopeptides and carbapenems, to overcome resistance. She was a member of several drug-development project teams including that of the carbapenem INVANZÒ. As a member of an in-licensing committee, she was involved in due diligence of academic and biotech projects and compounds.

After taking early retirement from Merck, she became an independent consultant in antibacterial discovery and pre-clinical development in 2004.  Throughout her career, she has authored significant research papers and reviews in the field of bacterial genetics, physiology, and biochemistry, as well as the challenges to discovery of antibacterial agents. Currently, she has been participating in scientific advisory boards of several groups funding antibiotic discovery and development.