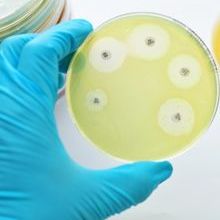 Staphylococcus aureus are opportunistic, Gram-positive bacteria, which are responsible for a large number of hospital and community-acquired infections. Current treatment options are limited to antibiotics, but with a rising number of multidrug-resistant strains the need to find alternative therapies is becoming increasingly apparent. One such treatment is via the inhibition of communication between the bacteria. Although these therapy options have previously been limited, research by a team from the University of Copenhagen, Denmark has found that probiotics already available may offer the ability to reduce disease severity of S. aureus.

The concept of inhibiting bacterial communication, known as quorum sensing inhibition or anti-virulence therapy, has been understood for some time but viable treatment options have not yet been identified. Gram-positive bacteria, like S. aureus, all produce similar chemical signals, which means those signals can interact with other Gram-positive bacteria, not just of their own species. "Previous research has found that other types of staphylococci produce chemical signals known as autoinducing peptides. These peptides produced by each strain of staphylococcus act competitively with the other strains and act to upregulate themselves whilst inhibiting communication of other strains," explained Dr Stephanie Silva, who led the investigation.

However, it is not only between staphylococci that communication happens. Some lactic acid bacteria also make communication molecules and there are anecdotal reports of beneficial impacts of lactic acid bacteria on S. aureus infections, which would offer the ability to use potentially already available treatments against these infections. "They seemed to be able to do something, but we didn’t know exactly what they were doing," Dr Silva explained. "Both lactic acid bacteria and Staphylococcus are Gram-positive bacteria so they might be able to make autoinducing peptides similar enough to interrupt the S. aureus communication. It’s almost like you have an army but you change the commander to someone who speaks a completely different language shouting instructions which the rest of the army can’t understand and don’t know what to do so can’t attack."

Using fluorescent protein tagging to visually observe the quorum sensing inhibition, Dr Silva conducted experiments on hundreds of probiotics against all four types of S. aureus. Dr Silva is enthusiastic about the possibilities of therapeutics with this newfound knowledge: "That means we do have probiotics that work on S. aureus as quorum sensing inhibitors and are safer than using other staphylococci species. The hope is that by using quorum sensing inhibition to reduce disease severity, the host’s immune system may be able to clear the infection without the need for antibiotics in most cases."

Dr Silva will present a poster with her findings at the Microbiology Society’s Cell–Cell Communication in Bacteria Focused Meeting.