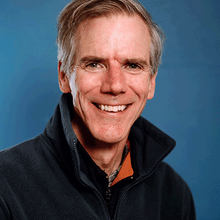 Craig Watkins is a longstanding member. He knows how difficult the early stages of a science career can be and how the uncertainty of short-term contracts, along with dealing with the realities of everyday life, can be tough. This is why Craig chose to donate to the Unlocking Potential Fund.

“As an early career researcher, I found the short-term contracts meant my career was not able to follow a particular line of research until much later. I also took a career break for one year to look after my young children, which I found challenging, but looking back felt well worthwhile.

“I was on five different contracts, distributed around the UK, they were all three-year posts. This is now seen as a ‘long’ contract, in comparison to the contracts that I’ve seen recently. I therefore think that people at an early stage of their careers have a much more challenging time than I did. The expectation to succeed, publish and win grants is much more intense than I remember. I suspect the ‘dropout rate’ from research science is even greater than it was and therefore, when the Microbiology Society decided to start this fund, I thought it was a great way to support early career stage microbiologists to help them on their way, by donating the fees I received from being an external examiner for a PhD student.”

Craig was inspired at a young age to become a microbiologist after seeing a small drop of pond water under a microscope at the age of 12. It opened up a huge new world of small living things to him that we never normally see, but which make a huge impact on all other living things on earth.

After Craig graduated from Aberdeen University as a microbiologist; he moved to Dundee University to work on plant viruses in strawberries. He then went to Oxford University to study for a DPhil on a tropical virus that infects people and primates in Central America and gained valuable experience in molecular biology. His first post-doc was at Leeds University joining a group working on gene therapy for cystic fibrosis, a genetic disease that affects the lungs of people from birth. The funding came from a children’s charity which involved meeting members of the charity and discussing his work. He developed outreach skills and understood how explaining science to non-scientists is an essential part of any research.

Craig joined the Moredun Research Institute in 2003 after five years of working in the Royal (Dick) School of Veterinary Studies, at Edinburgh, on livestock diseases. Over the past 15 years, his interests have been in understanding the host-pathogen interactions, the gut microbiome and developing a new vaccine for a bacterial disease that affects the digestive system of cattle and sheep. He’s now also a STEM ambassador and works with the Communications Team at Moredun Research Institute on outreach activities in schools, and at science festivals and agricultural shows.

Craig wants to help the microbiologists of the future. He wants those inspired to start a career in microbiology to continue to pursue their chosen path. They need your support too. By donating to the fund, you can help support the people who might, in turn, one day provide solutions to global challenges and help them reach their full career potential.