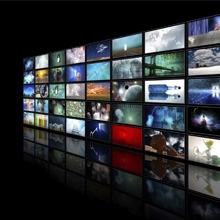 What is your current job title?

I am currently working as an assistant producer in television documentaries.

What organisation do you work for?

I recently finished working at the BBC Science Department, making programmes like Horizon and Dara Ó Briain’s Science Club. I decided I wanted to try making films for channels other than the BBC. I am now working for an independent production company called Blink Films who specialise in making science and history documentaries for UK channels like National Geographic and Channel 4 but also for international channels like PBS in America. Every channel has their own unique approach to their programmes so its great to experience a variety.

What qualifications do you have?

I have a BSc in Forensic Biology and an MRes in Molecular Microbiology, both from the University of Strathclyde, Glasgow.

I had a great biology teacher in school who got me interested in molecular biology. Then between my third and fourth year at university I had a summer work placement in a microbiology lab at Strathclyde and really enjoyed what I was doing, so I decided to do an MRes in the same lab once I completed my undergraduate course.

What is your present occupation – what is it you do?

I am an assistant producer of science television documentaries. It is my job to work closely with the director to come up with the stories that will fit into the film that we are making. Once we have found the stories it is then my job to work up the science, speak to the researchers about their work, and plan filming trips. Since the directors are often not trained in science, it is important that I get as much of a detailed understanding of the science as possible so they can write the script in an informed way.

Can you describe a typical working day?

It is hard to describe a typical working day, every day presents new and often unexpected challenges that can range from figuring out how to transport a presenter's faecal sample across the world, to finding unique people and locations. However, it usually depends on whether I am in the office or away filming on location. In the office I will usually be doing a lot of reading, mostly trying to find stories or setting up shoots. I spend a lot of time on websites such as New Scientist or Wired or speaking to people on the phone about filming logistics. When I’m not reading or on the phone, I’m often talking with the director about the best ways that we could present the science in an interesting way for television.

On a shoot, my day is completely different. I am usually the first one to get up in the morning, either to do emails or ensure that everything is set up for the day's filming. My job is to ensure that the shoot goes as smoothly as possible, from ensuring that everyone is at the right place at the right time to making sure people are fed and watered and even picking up a camera and doing second unit camera work, if needed.

The thing I love most about my job is not only getting to travel around the world, but it's getting to see and do things that people usually won't get access to. I have been very lucky go behind the scenes at places like NASA and the cryogenic freezing facilities but also ridden in a fighter pilot training centrifuge and launched weather balloons.

The majority of TV jobs are now on a freelance basis, meaning that after every project you will need to find something else. Sometimes this is nice as you get a variety and can quickly make a large network of contacts, but there is always that pressure when you are coming to the end of something. Being tenacious about contacting production companies about upcoming work and meeting new people is key to getting new gigs.

What are the most important skills you need to do your job?

I think that one of the most important things you need for this job is good people skills; it's amazing how far having a bit of charm and a friendly personality can get you. Everything from building relationships with scientists, gaining access to difficult locations and working with colleagues, being someone people want to speak to or hang around with can go a long way.

Is there anything you wish someone had told you about the job before you started?

There is something that a director told me when I was just starting out that has always stuck with me. I was sitting in the editing suite when the executive producer came in and went a bit crazy at him for not being on schedule with the film. After the exec had left he just turned to me and said, “Always remember that we are just making TV, it's not like we are doctors or surgeons making life or death decisions and we shouldn't try to act like we are”.