The Scientific Seminar Series is designed to reach a priority microbiology community to support it in disseminating knowledge across its professional networks. The events are designed as a regularly repeated series of short (typically 1–2 hours) online meetings.

This monthly seminar series from Microbial Genomics will bring together the community of microbiologists using genomic approaches to discover more about viruses, bacteria, archaea and microbial eukaryotes. Centred around the journal’s key section areas, this series will highlight the latest research in Microbial Communities, Pathogens & Epidemiology, Genomic Methodologies, Functional Genomics, Microbe–Niche Interactions, and Evolution and Responses to Interventions, and provide a forum for networking and exchange of knowledge.

Please note all times listed on the programme are in GMT (UK time).

Technology
All seminars will be run via Zoom, a link for which will be sent to you via email prior to the meeting. Please ensure you have updated to the latest version of the Zoom desktop or mobile application (version 5.3 or higher is recommended).
Speakers 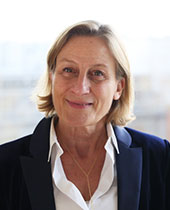 Nicole Dubilier is a Director at the Max Planck Institute for Marine Microbiology in Bremen, Germany where she heads the Symbiosis Department, and a professor for Microbial Symbiosis at the University of Bremen. Her research has fueled a major change in our understanding of the importance, diversity and function of symbioses between bacteria and animals. Together with her team, she has revealed the remarkable diversity of marine symbioses and shown that beneficial associations between bacteria and marine invertebrates have evolved independently and multiple times in convergent evolution. Her research has provided a critical contribution to marine microbiology and ecology by showing how widespread symbioses between marine invertebrates and bacteria are in terms of geography, animal and bacterial diversity, and habitats ranging from coastal sediments to the deep sea. She has led numerous research cruises and expeditions worldwide and uses a wide array of methods to study marine symbioses that range from deep-sea in situ tools to molecular, 'omic' and imaging analyses.

Nicole Dubilier grew up in the USA, gained her PhD from the University of Hamburg Germany in 1992, and after a postdoc at Harvard University, joined the Max Planck Institute for Marine Microbiology in Bremen, Germany. Her achievements have been recognized through numerous awards and honours, including the Leibniz Prize (Germany's most prestigious research prize), a Gordon and Betty Moore Marine Microbial Initiative Investigator Award, and a European Research Council Advanced Grant. She is an elected Fellow of the German National Academy of Sciences (Leopoldina), European Molecular Biology Organisation, European Academy of Microbiology, and American Academy of Microbiology, and is the current President of the International Society of Microbial Ecology. She serves on many national and international advisory boards, scientific councils and other commissions of trust, and is engaged in advancing gender equity in science.

Find more information on the Department of Symbiosis webpage. 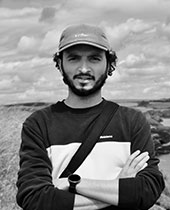 Ashish Malik is a Lecturer at the University of Aberdeen since November 2019. His research focuses on understanding soil microbial processes involved in carbon cycling and the underlying mechanisms from population and community to ecosystem scales. A key objective is to determine how environmental change affects microbial physiology, carbon cycling and thus ecosystem functioning. He is also keen on exploring newer ways of doing research, improving research culture and promoting diversity and inclusivity in academia and beyond.

After finishing his university education in Microbiology in India, he started his research career at the National Institute for Oceanography in Goa working on understanding plankton trophic linkages in coastal ecosystems. He then secured a German Research Foundation fellowship to do PhD research at the Max Planck Institute for Biogeochemistry in Jena, Germany. Early on, his research was focused on using advanced isotope tracer methods to track carbon inputs into different microbial components. Whilst developing and applying these approaches in microbial ecology, he explored new ways of linking these methods with omics assessment of biodiversity and function. This powerful combination enabled him to trace carbon flows through specific metabolic pathways in a more quantitative fashion.

After independently securing a Marie Curie Fellowship, he moved to UK Centre for Ecology & Hydrology in Wallingford. Here he discovered soil pH-dependent effects of land-use intensification on microbial physiology and carbon storage. To address the challenge of interpreting the consequences of microbial physiology on ecosystem-scale processes such as carbon storage, he developed trait-based approaches to study microbial distribution across environmental gradients. This pioneering work was further developed at the University of California Irvine where he did postdoctoral research to understand the physiological constraints facing microbes under drought and the consequences for plant litter decomposition in Californian ecosystems. 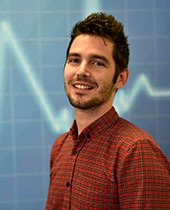 Francesc is a computational biologist with expertise in bacterial genomics, antibiotic resistance and clinical microbiology. He is currently an Assistant Professor in the Department of Infection Biology supported by an Institutional Strategic Support Fund Fellowship (ISSF), funded by Wellcome & LSHTM. His research projects focus on the applications of whole-genome sequencing as research, surveillance and diagnostic tool for bacterial infections. Francesc has worked in the development of bioinformatics analysis pipelines, easy-to-use genome interpretation tools, standards for genome analyses and interpretation, and the development of genetic markers needed to extract actionable information from bacterial genomic data. He has conducted large genomic epidemiology studies to map the spread of bacterial clones, particularly applied to the epidemiology of nosocomial pathogens (methicillin-resistant Staphylococcus aureus and vancomycin-resistant Enterococcus faecium). He has also worked in the application of Genome-Wide Association Studies (GWAS) to bacteria, which can be used to identify the genetic mechanisms mediating antibiotic susceptibility, host adaptation and disease presentation in pathogenic bacteria. Francesc joined the London School in July 2016 as a Postdoctoral Fellow in Professor Sharon Peacock's lab funded by Sir Henry Wellcome Postdoctoral Fellowship. In October 2014, he completed his PhD at the School under the supervision of Professor Taane Clark, which focused on strain genotyping and drug resistance in Mycobacterium tuberculosis using whole-genome sequencing. He obtained his degree in Biotechnology from the Polytechnic University of Valencia in 2010, Spain, followed by an MSc in Bioinformatics in Cranfield University, UK. 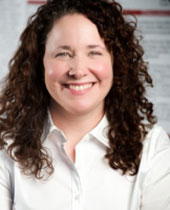 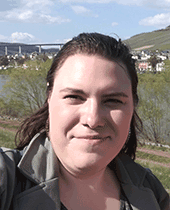 Carina Bunse is an early career marine microbial ecologist, with expertise in traditional microbiology, marine ecology and microbial oceanography. After receiving her PhD at Linnaeus University in Sweden, and holding a postdoctoral position at the Helmholtz Institute for Functional Marine Biodiversity at the University of Oldenburg (HIFMB), she is currently affiliated with the Institute for Chemistry and Biology of the Marine Environment (ICBM) in Germany. Carina's research focuses on pelagic bacteria, but she has broadened her knowledge in marine ecology with an interest in global challenges for the world’s ocean and local initiatives in coastal areas of the Baltic Sea and the North Sea. Her overarching research interest pertains to disentangle functional microbial dynamics in the changing ocean. Specifically, she studies how marine bacteria are influenced by environmental drivers, how their abundance changes spatio-temporally and how this relates to biogeochemical nutrient cycles. As multidisciplinary science matters for a holistic understanding of the marine ecosystem, Carina collaborates with chemists, modellers and ecologists to bridge disciplines. Many of her studies encompass large datasets of 'omics data or time-series efforts, analyzed with traditional and state-of-the-art methods. 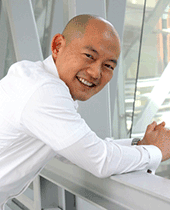 Swaine Chen is an Associate Professor of Medicine at the National University of Singapore and a Group Leader at the Genome Institute of Singapore. His research interests include the application of genomics to understanding molecular mechanisms of urinary tract infection, particularly those caused by Escherichia coli. He specializes in the bacterial genetics and manipulation of wild type clinical isolates, which helps in understanding pathogenesis and antibiotic resistance as well as in creating new tools for synthetic biology. In addition, he has expertise in the application of genomics for the investigation of outbreaks of bacterial disease, which helped lead to the discovery of a previously unknown foodborne illness caused by Group B Streptococcus in Singapore and Southeast Asia. He also is an advocate for general science education and science communication through traditional and social media platforms. 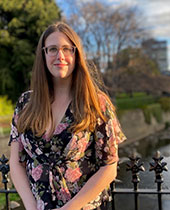 Dr Leah Smith earned her undergraduate degree in Biology at Rhode Island College (USA). There she completed an honours thesis project, supervised by Dr Breea Govenar, utilizing next-generation sequencing to investigate the microbial diets of gastropods associated with deep-sea hydrothermal vents. She was a recipient of the Robert Young Scholarship Award for Research Excellence in the biological sciences. Leah then earned an MS in Biology at the University of Massachusetts Dartmouth (USA) in the lab of Associate Professor Mark Silby investigating interactions between soil bacteria. Her research focused on Type VI secretion systems and post-transcriptional regulation via the chaperone protein Hfq. During her studies, she was awarded the Chancellor’s Centennial Scholarship for academic excellence. Leah went on to earn a PhD in Microbiology from the University of Otago (New Zealand) in 2020. Her research was undertaken in the Department of Microbiology and Immunology, under the supervision of Professor Peter Fineran. Leah’s work focused on the regulation of bacterial defence systems – specifically CRISPR-Cas adaptive immunity. As part of her doctoral work, she developed a new method – termed SorTn-seq – to facilitate high-throughput studies of bacterial gene regulation. Her PhD thesis – A genome-wide approach identifying regulators of CRISPR-Cas immunity in Serratia – was placed on the Otago Division of Health Sciences list of Exceptional Doctoral theses. Leah currently works as a Postdoctoral Fellow in the Fineran lab at the University of Otago. Her work on CRISPR-Cas continues, with a shift in focus from gene regulation to mechanisms of type III CRISPR-Cas immunity and the dynamics of host-phage interactions. 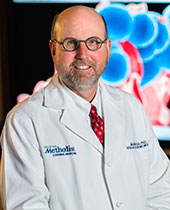 James M. Musser, M.D., PhD holds the Fondren Distinguished Presidential Endowed Chair and is Chair of the Department of Pathology and Genomic Medicine for the Houston Methodist Hospital System.  He also directs the Center for Infectious Diseases and the Laboratory of Clinical and Translational Human Infectious Diseases Research at the Houston Methodist Research Institute.  He is a Professor of Pathology and Laboratory Medicine, Weill Cornell Medical College.

Dr Musser earned his M.D. and PhD degrees from the University of Rochester School of Medicine.  He trained at the Hospital of the University of Pennsylvania and joined the Department of Pathology of Houston Methodist Hospital in 1991.  In 1999, he accepted a position with Dr Anthony Fauci at the National Institute of Allergy and Infectious Diseases, National Institutes of Health, where he was Founding Chief of the Laboratory of Human Bacterial Pathogenesis.  In 2005, he and his laboratory moved to Houston Methodist Hospital and Research Institute.  He works primarily on group A Streptococcus (the “flesh-eating” pathogen), with a special emphasis on human-pathogen molecular interactions using genome-wide investigative strategies.  His group also uses genome-scale analyses to decipher the molecular events underpinning pandemics and pathogen-host interactions.  He has had a decades-long interest in developing a group A Streptococcus vaccine.  Clinically, his efforts focus on diagnostic microbiology, patient safety, error reduction, and antimicrobial agent resistance.

He has published more than 450 papers and book chapters in the field of bacterial pathogenesis, bacterial population genetics, and infectious diseases, and has an h-index of 106.