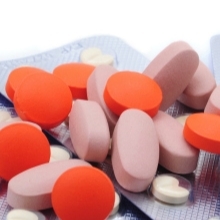 Control of gonorrhoea is dependent on successful antibiotic treatment, and the bacterium that causes the infection, Neisseria gonorrhoeae, has become increasingly resistance to every antibiotic used to treat it over the last 60 years. Today, at the Society for General Microbiology’s Annual Conference in Liverpool, Professor Cathy Ison explains the challenges facing the treatment of the disease, which threatens to become resistant to all antibiotics.

In 2012, there were over 25,000 cases of gonorrhoea in the UK making it the second most common bacterial sexually transmitted infection after chlamydia. In the same year Professor Ison led on the launch of the Health Protection Agency’s first Gonorrhoea Resistance Action Plan for England and Wales, as part of the Gonococcal Resistance to Antimicrobials Surveillance Programme (GRASP) that provides surveillance data on levels of drug resistance. GRASP, which has provide surveillance data in England and Wales since 2000, has been used to change clinical practice in the UK.

Today, she will show that campaigns in the UK to raise awareness of drug resistance among healthcare professionals, policy-makers and at risk groups have shown some success in delaying the onset of treatment failure to the oral antibiotic cefixime. When evidence of antibiotic-resistance to cefixime was identified it was replaced as treatment of choice by ceftriaxone, an injectable antibiotic of the same class. This was done to prevent the widespread emergence of cefixime-resistance gonorrhoea. Cefixime and ceftriaxone are the last group of antibiotics known to be fully effective against gonorrhoea.

Professor Ison said: "While we have shown that a proactive approach to changing therapy has shown some success, we should remember that this infection has repeatedly become resistant to successive antibiotics over decades, and that it is likely that this is only a temporary reprieve. This will give the internationally community time to investigate new drugs and alternative strategies for treating gonorrhoea and maintain it as a treatable infection."

However, Professor Ison stresses that we should remain vigilant: "We can already see in data from England and Wales, as well as other some countries, that there is the beginning of drifts towards resistance to the injectable drug, ceftriaxone, which is currently used as the drug of choice for gonorrhoea. Public health control of gonorrhoea must include prompt diagnosis, delivery of effective treatment and detection of treatment failures, combined with strong prevention messages."

To combat the continuing high rates of STI transmission in England, and the growing risk of gonorrhoea treatment failure it is essential that individuals: