Could the sea sponge save our oceans from pollution? 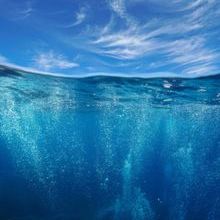 A deep-sea sponge found in British and Irish waters could hold a clue to solving plastic pollution of our seas.

Sea sponges have been the subject of investigation by scientists in recent years since they house bacteria that produce useful enzymes and antimicrobials.

But now scientists from University College Cork in Ireland have discovered that these bacteria also produce an enzyme that could potentially degrade polyethylene terephthalate (PET) – the main component in clear plastic water bottles and polyester fabrics.

This could pave the way for a novel ‘green chemistry’ approach to recycling plastic and synthetic materials that would not only be more environmentally friendly but also more efficient.

The enzyme discovery is one of hundreds being showcased at the Microbiology Society’s Annual Conference at the ICC, Belfast from 4-7 April 2022.

The findings by Irish researchers began with cultivating more than 50 bacterial samples from sea sponges taken from a range of salt water – both shallow marine lakes and deep water – and then testing the effects of their enzymes in a laboratory setting on ester and polyester compounds, which resemble PET plastic.

Within days scientists saw clear, circular zones appearing around some of the bacteria samples, demonstrating that they were producing enzymes and that these had started to degrade or break down the polyesters into their component compounds. This effect was observed for a bacteria called Brachybacterium which came from the deep-sea sponge Pheronema.

Next the team used a DNA sequencing technique to identify the gene behind the enzyme involved by comparing it with enzymes already known to degrade PET and polyesters. The results revealed they had found a similar polyesterase enzyme – only this one is marine sponge-derived.

“It’s exciting,” says microbiologist Clodagh Carr, a PhD candidate who is leading this work. “This is the first report of a polyesterase enzyme coming from a deep-sea sponge, particularly from this Brachybacterium type of bacteria. There are some other marine polyesterases but none specifically from the unique sponge ecosystem.”

While further investigation will be required to determine any future applications, she said the discovery could eventually lead to a safer, more natural way of recycling plastics. “This enzyme could provide a new set of conditions under which a biological plastic recycling application could be carried out effectively,” she says.

With millions of metric tonnes of plastics entering our oceans on an annual basis and microplastic PET particles recently being detected as deep as 5,000 metres in the western Pacific Ocean, the need for improved recycling methods are an active area of current scientific exploration.

“We want to use enzymes to make more environmentally sustainable processes for improving plastic recycling, so the question is could this enzyme be appropriate for doing that? Finding it certainly endorses further exploration of the marine and, in particular, marine sponges for these types of enzymes,” says Carr.

Deep-sea bacteria are interesting to scientists because of their ability to survive in extreme environments – at a great depth, in salty water and at very cold temperatures.

“Marine bacteria have adapted to extremes of temperature and pressure and very high salt concentrations. And the enzymes they produce, in particular, can help them survive the very harsh and low nutrient conditions of the marine environment in the sense that they help them to degrade potential energy sources that are in their environment, and obtain energy from them,” explains Carr.

Sea sponges appear to have a symbiotic, or mutually beneficial, relationship with bacteria they host, benefitting from the nutrients released by their enzymes when they break down food sources. In turn, bacteria benefit from the safe environment the sponge provides.

While enzymes are already used in industrial processes, Carr says marine enzymes could offer advantages. “Because the deep-sea conditions that the enzyme normally operates under are considered quite extreme and harsh, it could have adaptations or features that make it more robust and stable in an industrial setting.

“Whereas a chemical process might need to use very high temperatures, or very high pressures, or harmful reagents, this naturally available enzyme may be able to work quite optimally in relatively mild conditions.”

She says there is lots of scope for further investigation, including the possibility that these enzymes have evolved to use plastic and microplastics as an energy source.

“The marine world is so under-explored but there's lots of scope for investigation here. What are these enzymes doing here? How are they operating? And what is their actual function in their environment? Have they evolved to use plastic as an energy source?”

Clodagh Carr will present her data at this year’s Microbiology Society Annual Conference at the ICC, Belfast, which runs 4–7 April 2022. Her talk, ‘Identification and expression of a putative polyesterase enzyme from deep-sea sponge-derived Brachybacterium sp. isolate, with potential use in polyester plastic hydrolysis’ will take place on Thursday 7 April, 10:45am.