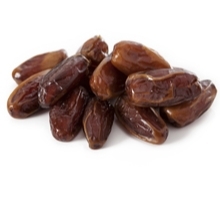 Date syrup – a thick, sweet liquid derived from dates that is widely consumed across the Middle East – shows antibacterial activity against a number of disease-causing bacteria, including Staphylococcus aureus and Escherichia coli.

New research, presented today at the Society for General Microbiology Annual Conference in Birmingham, showed that, in vitro, date syrup is able to inhibit the growth of bacteria faster than manuka honey, which has previously been shown to have antibacterial properties and is increasingly used in dressings to improve wound repair.

Hajer Taleb, a research student from Cardiff Metropolitan University, who undertook the work, identified that the date syrup contains a number of phenolic compounds that form naturally in the date fruit as it matures. These compounds have previously been shown to have antibacterial activity. Artificial syrup – made of the constituent sugars found in natural syrup but lacking the phenolic compounds – was not as effective at inhibiting bacterial growth.

In vitro results have shown that date syrup produced traditionally in Basra, Southern Iraq, has antibacterial activity comparable to manuka honey. The results revealed that when the syrup was mixed with a range of disease-causing bacteria – including Staphylococcus aureus, Escherichia coli, Enterococcus spp. and Pseudomonas aeruginosa – it inhibited their growth. The date syrup was effective in similar amounts to manuka honey but worked more quickly, inhibiting bacterial growth after six hours of treatment, while the manuka honey required longer.

Date syrup is eaten in a large number of countries due to its perceived health benefits. However, this work is part of a comprehensive study that aims, for the first time, to identify and examine the mechanisms underlying any potential health benefits, in particular its antibacterial effects.

Dr Ara Kanekanian from Cardiff Metropolitan University, who leads on this research, said: “While this work is currently in vitro, it suggests that date syrup could exhibit health benefits through its antibacterial activities, similar, or in some cases, better than honey. At this stage, this has mainly been attributed to the presence of phenolic compounds. However, until further research is undertaken, we caution people against using the syrup to treat wounds.”

While the research is still in the laboratory stage, the researchers anticipate that date syrup could have a clinical value similar to honey, which is utilised as a topical antibacterial treatment for wound infection.