Does science have a plastic problem? – Microbiologists take steps to reducing plastic waste 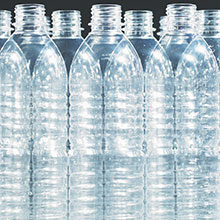 “Everyone can make a difference!” urge microbiologists after developing a new approach that could reduce their laboratory’s plastic waste by over 500kg a year.

The group, based at the University of Edinburgh’s Roslin Institute, developed an approach to reduce plastic waste produced by their lab. They have shared their approach in the journal Access Microbiology, with the hope that other labs will follow suit.

Led by Dr Amy Pickering and Dr Joana Alves, the lab replaced single-use plastics with re-useable equipment. Where alternatives were not available, the group decontaminated and re-used plastic equipment which would have usually been thrown away after one use. “We knew that we were using plastic daily in our research, but it wasn’t until we took the time to quantify the waste that the volumes being used really hit home. That really emphasised the need for us to introduce plastic-reducing measures,” said Dr Pickering.

The lab developed a new scheme which focused on sustainability, moving away from the use of single-use plastics wherever possible. In some cases, the research group would use reusable wooden or metal items instead of plastic. If there were no alternatives, the group focused on reusing plastic equipment by chemically decontaminating the plastic tubes, before a second level of decontamination under heat and pressure – known as autoclaving.

To determine the success of the scheme, the lab of seven researchers spent four weeks documenting the plastic waste produced in regular conditions. They then measured the amount of waste produced over the next seven weeks, with new processes to reduce the consumption of single-use plastic. “Once the measures were in place it was quickly clear that large impacts were being seen. The most surprising thing for us was how resilient some plastics are to being autoclaved, and therefore how many times they can be re-used. This means that we were able to save more plastic than we originally anticipated,” said Dr Pickering. In implementing these replace and reuse practices, 1670 tubes and 1300 loops were saved during a four-week period. This led to a 43-kilogram reduction in waste.

The typical microbiology laboratory uses mostly disposable plastic, which is often not recycled due to biological contamination. In 2014, 5.5 million tonnes of plastic waste were generated in research laboratories worldwide. The Edinburgh lab works with dangerous disease-causing bacteria, due to the dangers of contamination, their waste must be autoclaved and incinerated at a high environmental and monetary cost.

Practices to reduce plastic waste in research labs is becoming increasingly popular in the UK, with researchers from the University of York decontaminating and re-using plastic flasks and researchers from a chemistry lab in Edinburgh recycling one million plastic gloves in 2019. “It’s important to take some time identifying what plastic items you are using the most. This will allow you to identify both the easy wins, such as replacing plastic inoculation loops for re-useable metal ones, as well as the bigger tasks, such as re-using plastic tubes. That will help you to bring others on board and build momentum,” said Dr Pickering.

The new protocols not only prevent plastic waste, but also save money according to Dr Pickering: “Over a three-month period of implementing the protocols we will have saved over £400 of plastic tubes, inoculation loops, and cuvettes” she said.

The full details of the lab’s new waste-reducing protocols are free to read in Access Microbiology.

The Roslin Institute receives strategic investment funding from the Biotechnology and Biological Sciences Research Council, as part of U.K. Research and Innovation, and it is part of the University of Edinburgh’s Royal (Dick) School of Veterinary Studies.

This Press Release has been labelled in-line with The Academy of Medical Sciences’ recommendations. For more information and the full definition of these labels, please visit their website.