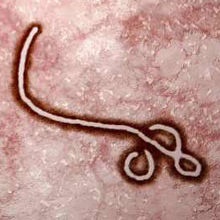 An expert has compared the ongoing Ebola outbreak in the Democratic Republic of Congo to the 2014 west African epidemic that killed more than 11,000 people.

In an editorial published in the Journal of General Virology, Dr Derek Gatherer said the long-range spread of disease caused by travelling mourners is ‘reminiscent of the events of March and April 2015 in west Africa’ and ‘the current outbreak has potential for rapid expansion in numbers.’

The current Ebola outbreak started in the poorly-connected region of Ikoko-Impenge, where 21 cases were reported. The virus has since travelled over 130 km north to Mbandaka, a port on the river Congo with a population of around 1.2 million. From here, Dr Gatherer said the risk of transmission to Kinshasa - a megacity with over 12 million inhabitants - is a ‘major concern.’

Twenty-five people have died during the current outbreak. The outbreak is caused by the Zaire strain, which has made up nearly 90% of Ebola outbreaks in the Congo basin over the last 40 years.

Dr Gatherer is a lecturer at Lancaster University and worked with the WHO on the 2014 Ebola epidemic. He described the Congo basin as ‘Ebola’s heartland’, with six outbreaks of EVD and 309 deaths since 2007.

Locations of Ebola Virus Disease outbreaks in the Democratic Republic of Congo (DRC, formerly Zaire). Case numbers for 2018 outbreak as of 24th May 2018. The Ebola River is 20 km to the northeast of the location of the 1976 outbreak.​ 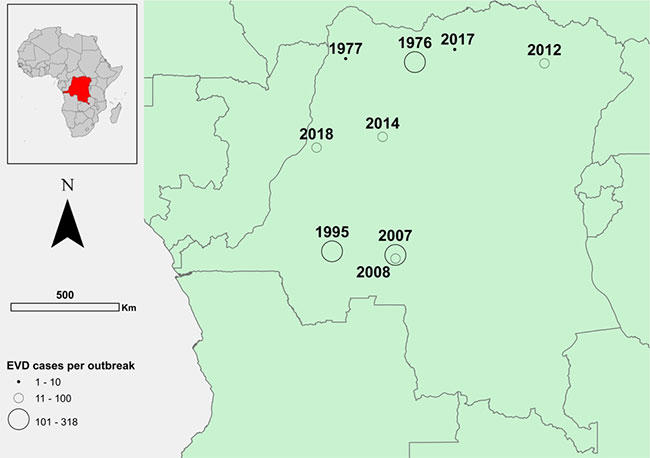 The full paper can be found here.