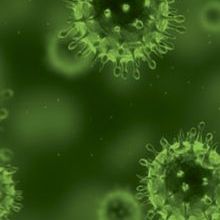 Research published today in the Journal of General Virology has identified missed cases of SARS-CoV-2 by retrospective testing of throat swabs.

Researchers at the University of Nottingham screened 1,660 routine diagnostic specimens which had been collected at a Nottingham hospital between 2 January and 11 March 2020 and tested for SARS-CoV-2 by PCR. At this stage of the pandemic, there was very little COVID-19 testing available in hospitals, and to qualify patients had to meet a strict criterion, including recent travel to certain countries in Asia or contact with a known positive case.

Three previously unidentified cases of SARS-CoV-2 infection were identified by the retrospective screening, including one from a 75-year-old female whose positive swab was collected on 21 February 2020. This patient, referred to as Patient 1, died on 3 March; two days before the first official death from COVID-19 was recorded in the UK. Patient 1 had not recently travelled abroad or been in contact with anyone known to have COVID-19 and so did not qualify for a PCR test at the time. In addition to being the first death, the researchers believe that Patient 1 is also the earliest described case of community transmission in the UK.

The further newly-identified cases occurred in a 64-year-old male and a 66-year-old male, both of whom showed signs of chest infections, and both of whom recovered. The samples were collected on 2 March and 8 March 2020 respectively. International travel was only removed as an essential criterion for a SARS-CoV-2 test on 12 March 2020.

The research group collaborated with the COVID-19 Genomics UK Consortium (COG-UK) to sequence the SARS-CoV-2 isolates collected from the swabs used in the study, and found evidence of community transmission in Nottingham as early as February 2020. Through this genome sequence data, the group identified multiple introductions of the virus into Nottingham during late February and the month of March, many of which were a distinct lineage of the virus which dominated early phases of the outbreak within the region.

Based on the findings, the researchers suggest that testing should have been made available to hospital patients with compatible symptoms but no travel history earlier in the pandemic response.

The full research article, ‘Retrospective screening of routine respiratory samples revealed undetected community transmission and missed intervention opportunities for SARS-CoV-2 in the United Kingdom’ is free to read in the Journal of General Virology (doi: 10.1099/jgv.0.001595).

The University of Nottingham is a research-intensive university with a proud heritage. Studying at the University of Nottingham is a life-changing experience, and we pride ourselves on unlocking the potential of our students. We have a pioneering spirit, expressed in the vision of our founder Sir Jesse Boot, which has seen us lead the way in establishing campuses in China and Malaysia –  part of a globally connected network of education, research and industrial engagement. Ranked 103rd out of more than 1,000 institutions globally and 18th in the UK by the QS World University Rankings 2022, the University’s state-of-the-art facilities and inclusive and disability sport provision is reflected in its crowning as The Times and Sunday Times Good University Guide Sports University of the Year twice in three years, most recently in 2021. We are ranked eighth for research power in the UK according to REF 2014. We have six beacons of research excellence helping to transform lives and change the world; we are also a major employer and industry partner - locally and globally. Alongside Nottingham Trent University, we lead the Universities for Nottingham initiative, a pioneering collaboration which brings together the combined strength and civic missions of Nottingham’s two world-class universities and is working with local communities and partners to aid recovery and renewal following the COVID-19 pandemic.