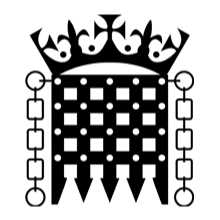 Today, the UK House of Commons Science and Technology Select Committee published the report from their inquiry entitled Science in Emergencies: UK Lessons from Ebola, which makes wide-ranging recommendations to the Government to improve the UK’s preparedness for, and response during, future infectious disease outbreaks.

The report recognises the important role that UK scientists, health workers and agencies played in responding to the Ebola outbreak. Nicola Blackwood MP, Chair of the Select Committee, described this group as doing “a heroic job… sometimes at risk to their own lives.”

However, the report highlights that the UK’s response, like that of the wider international community, was impeded by systematic delays mobilising scientific expertise and a lack of ‘research readiness’. The report suggests that these deficiencies could impair the UK’s ability to respond to future infectious disease emergencies at home and abroad.

The report also criticises delays in escalating Public Health England’s diseases surveillance data and in convening a Scientific Advisory Group for Emergencies (SAGE) – the main mechanism for channelling scientific advice to Government in an emergency. The Committee has recommended that the Chief Scientist take control of triggering the formation of SAGE in future emergencies.

Key recommendations to the Government to improve the UK’s ‘research readiness’ for future outbreaks include: embedding research in future emergency responses; negotiating with UK vaccine manufacturers to ensure emergency manufacturing capabilities are in place; and publishing an ‘emerging infectious disease strategy’.

The Microbiology Society, jointly with the Society for Applied Microbiology, submitted written evidence to the Select Committee’s inquiry, and a number of issues and recommendations made in our response are referenced in the report, including the need to strengthen global surveillance capability and capacity as infectious diseases know no international borders.

The report quoted evidence submitted by the Society, and others, highlighting that mechanisms for experts outside of the SAGE to pass evidence and information to inform the Government response were not as clear as they could be. The Committee has recommended that if the new ‘Research UK’ body recommended by the Nurse Review is set up, its remit should include acting as a central point of contact for non-SAGE experts to submit advice and information during an emergency.

The report also recognised the important role UK volunteers in Sierra Leone played, which included several of the Society’s members. The report quoted evidence from the Society that the initial call for volunteers from the wider microbiology community, beyond Public Health England, could have come earlier and been advertised more widely. It was also noted that some microbiologists faced difficulties in negotiating leave from their usual work to volunteer. The Committee’s recommendation to establish a ‘clear framework’ for volunteer deployment now, in preparedness for future emergencies, and to look at the model used for armed forces reservists, reflects recommendations made in the Society’s evidence.

The report, referencing the Society’s response, notes that Government communication to the public during the outbreaks was generally perceived as accurate and measured. However, the lack of evidence provided regarding the decision to implement UK border screening for Ebola, against the advice of the World Health Organization and PHE was criticised. The Committee has recommended that in the future, when implementing screening or other protection measures, the Government should clearly communicate the evidential basis and reasoning.

Professor Neil Gow, President of the Microbiology Society, commented: “The response to Ebola demonstrated the power and importance of our global expertise in infectious diseases as a vanguard enabling effective response to major disease outbreaks. On the other hand, the aftermath and analysis of the Ebola crisis has also underlined the need for more investment in basic research and surveillance work and the need to optimise the coordination between governments, health and welfare NGOs, and professional societies such as our own, in tackling such microbiological threats.”

The full report, containing all of the recommendations can be found on the Select Committee’s webpage. The written evidence that was jointly submitted by the Microbiology Society and the Society for Applied Microbiology can be found here.