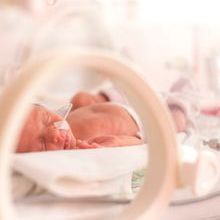 Premature babies in neonatal units could be given personalised prescriptions of bacteria directly into their stomachs in the future to improve health and reduce disease risk. That is the prediction by scientists exploring the impact of probiotic treatments on premature infants.

Probiotics – otherwise known as beneficial bacteria – are given in some neonatal intensive care units (NICUs) across the world, following their conditional recommendation by the European Society for Paediatric Gastroenterology Hepatology and Nutrition (ESPGHAN) two years ago.

These bacteria, typically including Bifidobacterium, improve the balance of ‘healthy’ versus ‘non-healthy’ bacteria living in the babies’ guts.

But researchers at Newcastle University, UK, and Newcastle upon Tyne Hospitals NHS Foundation Trust, found probiotics do not give uniform results, suggesting that probiotic prescriptions need to be better tailored to individual infants’ needs to improve their health and survival.

The discovery is one of hundreds being showcased at the Microbiology Society’s Annual Conference at the ICC, Belfast from 4-7 April 2022.

In the biggest study of its kind, that has yet to be published or peer reviewed, the Newcastle team of neonatal clinicians and scientists examined the gut microbiome – the variety of bacteria existing in stomachs and intestines – of 123 babies, born before 32 weeks’ gestation during their first week of life up to day 70. Using faeces (poo) samples, obtained from the Great North Neonatal Biobank, they used a technique called metagenomic sequencing to identify the species of bacteria present.

They delineated results in three groups: those infants who were born before probiotics were routinely used; those given the probiotic Infloran (Bifidobacterium bifidum and Lactobacillus acidophilus); and those given Labinic (B. bifidum, Bifidobacterium longum subsp. infantis, and L. acidophilus). Unsurprisingly, they found probiotic bacteria present in higher numbers in the faeces of those infants given probiotics.

They also investigated the factors known to influence gut flora, such as mode of birth (vaginal or Caesarean); mode of feeding (breast or formula); antibiotic use as well as probiotic ingestion. They found that, in contrast to babies born at term whose gut microbiome is most impacted by breast feeding and vaginal delivery, the single most significant factor in shaping gut flora in pre-term babies was the presence of probiotics. So, they were able to deduce that probiotics are especially important to preterm babies in intensive care.

But when they carried out further analysis and laboratory tests to examine the impact of the two different probiotics on infant gut epithelial cells, they were surprised to find quite different responses.

Dr Christopher Stewart, who leads work at Newcastle University’s Translational and Clinical Research Institute, said: “The two different probiotics were very similar in make-up, but they actually changed the gut flora in very different ways, which I wasn’t really expecting.”

In one case, for example, a particular bacterium that wasn’t part of the probiotic mix, started to dominate. “We believe the probiotic species may have been providing nutrients for other naturally occurring bacteria to flourish,” he said.

Lauren Beck, a PhD student at Newcastle University’s Faculty of Medical Sciences, said: “There probably isn't a one size fits all probiotic. Different probiotics contain different strains, in different doses, and, as a result, they are going to have a different effect on gut flora development in infants.

“What our results show is the importance of probiotic selection because each different product, even though on the surface it might appear to have similar bacteria, could have very different impacts on the structure and the function of the infant gut.”

The unpublished findings highlight the need for a new personalised medicine approach that NICUs may adopt whereby infants are given customised probiotics according to an analysis of their gut flora and other factors to determine the mix of bacteria, she said.

In recent years scientists have become more interested in gut microbiome and the use of probiotics to influence our general health and immunity. “Clinicians are very excited about probiotics as a potential therapy; it's cheap, generally considered safe, and overall evidence suggests they can reduce the risk of certain diseases. But the jury's still out. And it's going to take a few more years, decades perhaps, to really be able to understand their optimal use for benefit,” said Dr Stewart.

The Newcastle team will now continue their work examining whether probiotics prevent disease in preterm babies.

But, in any event, they say probiotics are increasingly used. “In preterm infants, in particular, we are now seeing an increased uptake in probiotics worldwide, certainly in the US and across Europe. 10 years ago, no one was routinely using probiotics but now around a quarter of NICUs in the UK are using them. It’s exciting that the microbiome is now being exploited for potential novel therapies,’ said Dr Stewart.

Lauren Beck will present her data at this year’s Microbiology Society Annual Conference at the ICC, Belfast, which runs 4-7 April 2022. Her talk, ‘The impact of different probiotics in shaping the preterm infant gut microbiome’ will take place on Wednesday 06 April, 14:15pm.