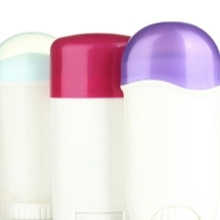 For many, body odour is an unfortunate side effect of their daily lives. The smell is caused by bacteria on the skin breaking down naturally secreted molecules contained within sweat. Now, researchers from the University of York working with Unilever have studied the underarm microbiome and identified a unique set of enzymes in the bacterium Staphylococcus hominis that is effective at breaking down sweat molecules into compounds known as thioalcohols, an important component of the characteristic body odour smell.

In the work, presented today at the Society for General Microbiology Annual Conference in Birmingham, the group assessed the ability of over 150 bacterial isolates from underarm skin samples to produce malodorants. They then identified the genes encoding the proteins responsible for producing the thioalchohols, which are pungent in tiny amounts – as little as 1 part per trillion. One particular gene found in S. hominis was also found in two other species of Staphylococcus, which were also shown to be strong thioalcohol producers.

To confirm that these genes were necessary and sufficient for malodour production, the team moved them into the lab bacterium Escherichia coli, which was then able to produce the body odour smell when grown in the presence of human sweat molecules.

Dr Dan Bawdon from the University of York, who led the research, said: “This work has significantly advanced our understanding of the specific biochemical processes involved in body odour production. It was surprising that this particular body odour pathway is governed by only a small number of the many bacterial species residing in the underarm. We have opened up the possibility of inhibiting body odour formation using compounds designed to target the specific proteins controlling the release of malodorants.”

While these thioalcohols were long known to be involved in body odour, little was known about the way they were produced by bacteria in the underarm. Traditional deodorants and antiperspirants act by non-selectively killing underarm bacteria or by blocking our sweat glands, respectively. The researchers hope that this new research can be used to produce compounds that specifically target thioalcohol production, leaving the underarm microbiota intact.

Dr Gavin Thomas, the group leader in the Department of Biology at the University of York, said: “This was a really successful project funded through the BBSRC iCASE PhD scheme with microbiologist Dr Gordon James in Unilever, where Dan’s data are already having direct impact on the research being done in the company. The detailed molecular understanding of a process that is happening in our armpits every day and is completely dependent on bacteria is really exciting.”