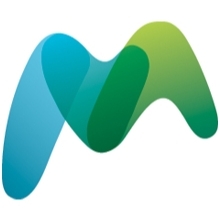 2015 marked the 70th anniversary of the Society, which was formally inaugurated on 16 February 1945 at a meeting at the London School of Hygiene and Tropical Medicine, when Sir Alexander Fleming was elected as President.

In January 1947, the Society published Volume 1, Part 1, of the Journal of General Microbiology, our first peer-reviewed publication – now known simply as Microbiology. In 1967, the Journal of General Virology joined our stable of peer-reviewed journals, which has since grown to six, with the newest, Microbial Genomics, launching in July this year.

To celebrate the Society’s milestone, we commissioned Editorial representatives from each of the journals to identify papers from their respective publication that they feel have made important contributions to the field of microbiology over the years. The 70 articles that were chosen make up the 70th Anniversary Collection, which can be browsed on our publishing platform. The curators have explained their selections in six commentaries that will be published in the final 2015 issues of the journals and are also available to read here.

Professor Stephen Gordon, from University College Dublin, curated the Microbiology articles, identifying papers dating back as far as the journal’s first year of publication in 1947. In his commentary, Professor Gordon explains how the journal’s early output contained many important papers detailing methods for isolating and characterising microbes. He also highlights some of the key microbes described in the journal, including Professor Bruce Holloway’s isolation of the PAO1 strain of Pseudomonas aeruginosa that is widely researched today. Microbiology also published some of the early work on the CRISPR system, fast becoming an important biotechnology tool.

Professor Robin Weiss, from University College London, selected articles from the Journal of General Virology. His commentary highlights the first thorough analysis of Ebola virus proteins in 1980, not long after the virus was first identified. Professor Weiss also draws attention to a 1977 paper by Graham et al. describing the first successful DNA transfection of human cells, and work from Kellam et al. on the evolution of resistance of HIV-1 to the first clinical antiretroviral, among others.

In the International Journal of Systematic and Evolutionary Microbiology, Professor Aharon Oren, from the Hebrew University of Jerusalem, Israel, focuses on 1977 work by Carl Woese and colleagues on the techniques involved in 16S rRNA comparison, which played a major part in the development of the ‘Tree of Life’ as we know it today. Other microbes described in the journal include Halomonas titanicae, and Tersicoccus phoenicis, isolated from the wreck of the Titanic and a spacecraft assembly clean room, respectively. Both of these species made it onto the International Institute for Species Exploration’s ‘Top Ten New Species of the Year’ lists.

In the Journal of Medical Microbiology, Professor Kalai Mathee, Dr Lynn Silver and Dr Gorakh Tatke describe some notable papers from the publication’s back catalogue. The group discusses the journal’s output on antimicrobial resistance, biofilm formation and quorum sensing, among others.

The Society has launched two open access, online-only journals in the last two years – JMM Case Reports and Microbial Genomics, both of which have contributed articles to the 70th Anniversary Collection with accompanying commentaries. For JMM Case Reports, Dr Filip Boyen, from Ghent University, Belgium, highlights the first case report of a Rhizobium radiobacter infection in India. In Microbial Genomics, Professors Stephen Bentley and Nicholas Thomson, from the Wellcome Trust Sanger Institute, discuss two papers that reflect the journal’s current submission trends, including a paper on E. coli O157:H7 and one on the real time sequencing of Xanthomonas oryzae.

All of the commentaries can be read on our publishing platform and the full collection of curated articles is available here: 70th Anniversary Collection.