A statement from Council 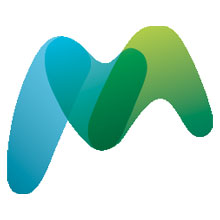 In common with the majority of the world, the Council of the Microbiology Society deplores the senseless violence, suffering and death caused by Russia's invasion of Ukraine. We reiterate our statement of 9 March that science is universal and we are continuing to try to contact our members in Ukraine to offer our support. We again underline our willingness to help our Ukrainian colleagues and partners wherever practical ways can be found, including by supporting at-risk academics via CARA, and by ensuring that Ukrainian scientists have unrestricted access to our published content via the Research4Life initiative.

We applaud our Russian colleagues who have risked persecution and professional hardship by publicly opposing their government's actions. Conversely, we condemn in the strongest terms those institutional leaders who have supported the war. It is particularly abhorrent to see such support from the Rectors of universities, whose institutions should be the strongest voices for truth.

After careful consideration, the Microbiology Society's journals will pause the handling of any manuscript where the research is funded by the Russian state or where an author is based in one of those Russian institutions that have publicly expressed support for this cruel and barbaric war. Recognising that scientific discourse should not be prevented by political disagreements, we will continue to receive such manuscripts but will only proceed to review and publish them when it is safe for Ukrainian microbiologists to return to work. We sincerely hope that day will come soon.