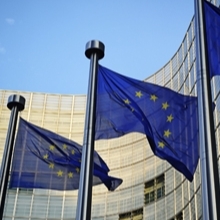 On Monday 11 May, a public hearing in the European Parliament will see organisers of the Stop Vivisection European Citizens’ Initiative (ECI) call for European Directive 2010/63/EU, which regulates the welfare and use of animals in research, to be repealed and replaced with legislation to end animal experimentation.

Over 1.1 million people, including more than 19,000 from the UK, signed the Stop Vivisection ECI petition, which argues for EU legislation changes to ban animal experimentation on the grounds of ethical objections and “solid scientific principles that invalidate the ‘animal model’ for predicting human response”.

The Society for General Microbiology has joined over 140 other leading biomedical research organisations, which together represent researchers, the biomedical industry and patients, in calling upon the European Parliament and Commission to oppose the Stop Vivisection ECI.

Any move to ban animal research in the EU would inhibit biomedical and veterinary research that has been, and remains, vital for: understanding human and animal diseases, and developing safe and effective treatments. While progress has been made in developing alternatives to animals testing, approaches such as computer modelling cannot currently completely replace animal models, with which we share much relevant biology.

European Directive 2010/63/EU, which was adopted in 2010 and implemented into UK law in 2013, represents one of the most advanced and rigorous frameworks in the world for ensuring the welfare of animals used in research. The EU Directive makes it a legal requirement for those working with animals for scientific purposes to follow the principles of the ‘3Rs’: to reduce, refine and replace the use of animals, wherever possible. Proposed studies must only use animals where no alternative is suitable, and also must be assessed to ensure that the proposed benefits and methods make the use of animals justifiable from welfare and ethical perspectives.

Consequently, any attempt to repeal the EU Directive may not only inhibit research that is vital for human and animal health, but could also result in lower standards across Europe.

The UK Government, working with the scientific community, has already committed to reduce the use of animals in scientific research, following the measured principles of the 3Rs. UK institutions, research projects and individual researchers all require Home Office licences to conduct experiments using animals. These are only granted when stringent ethical, legal and training obligations have been met. UK science funders also consider ethics and the 3Rs when judging animal research proposals.

European Citizens’ Initiatives were introduced in 2011 as a way for EU citizens to directly call on the European Commission to make legislative proposals. A million signatures from EU citizens from at least seven member states are required for an ECI to be considered. While the Commission is not obliged to propose legislation as a result of the Stop Vivisection ECI, it must adopt a formal response, which details any actions it will propose in response to the ECI, if any, and its reasoning.

The Society for General Microbiology supports the principles of the 3Rs and is committed to increasing communication about the use of animal research in microbiology, having signed the Concordat on Openness on Animal Research. The Society and its peer-review journals, which publish research using animals, endorse the ARRIVE (Animal Research: Reporting of In Vivo Experiments) guidelines, which are intended to improve the reporting of research using animals. The Society’s newly published position statement on Animal Research can be found on our website.