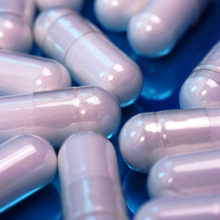 The rise in drug resistant infections is comparable to the threat of global warming, according to the chief medical officer for England.

Prof Dame Sally Davies said bacteria were becoming resistant to current drugs and there were few antibiotics to replace them. She told a committee of MPs that going for a routine operation could become deadly due to the threat of infection. Experts said it was a global problem and needed much more attention. Antibiotics have been one of the greatest success stories in medicine. However, bacteria are a rapidly adapting foe which find new ways to evade drugs. MRSA rapidly became one of the most feared words in hospitals wards and there are growing reports of resistance in strains of E. coli, tuberculosis and gonorrhoea.

Prof Davies said: "It is clear that we might not ever see global warming, the apocalyptic scenario is that when I need a new hip in 20 years I'll die from a routine infection because we've run out of antibiotics."

She said there was only one useful antibiotic left to treat gonorrhoea.