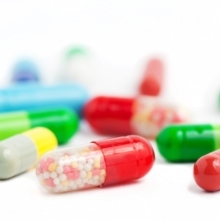 The Government's Chief Medical Officer, Professor Dame Sally Davies, states that a growing resistance to antibiotics should be ranked along with terrorism on a list of threats to the nation. Nigel Brown, President of the Society for General Microbiology, backed Dame Sally's comments stating that urgent action is required by microbiologists and other scientists to identify and produce new antibiotics, and to tackle the problem of antibiotic resistance and its transmission

Laura Piddock, a professor of microbiology at Birmingham University and director of the campaign group Antibiotic Action, welcomed Davies' efforts to raise awareness of the problem.

Nigel Brown, President of the Society of General Microbiology, also backed Dame Sally's comments and agreed the issues demanded urgent action. He said we will have to would work hard to better understand infectious diseases, reduce transmission of antibiotic resistance, and help develop new antibiotics. “The techniques of microbiology and new developments such as synthetic biology will be crucial in achieving this,” he said.