Could cinnamon oil be used as an alternative to antifungals? 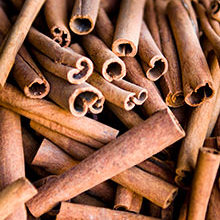 Researchers have been investigating the potential for cinnamon essential oils to be used against Candida infections.

With the growing issue of antimicrobial resistance, including antifungal resistance, there is a drive to discover alternative antimicrobial compounds. Essential oils derived from cinnamon have already been found to make bacterial infections easier to treat as they break up the protective layer the bacteria form. Now, researchers from the University of West England, UK (UWE) are studying the antifungal properties of cinnamon essential oils against the pathogenic yeasts Candida albicans and Candida auris.

Various essential oils from plants, such as oregano, thyme and lavender, have demonstrated antifungal effects. The research group from UWE reported that cinnamon oil can act as an antifungal by damaging the cell membrane and preventing the yeast from forming pseudohyphae. These long, branching filamentous structures are used by the yeast to absorb nutrients required for growth and allowing them to spread.

In addition to antifungal properties, Hoang Tran found oils derived from cinnamon leaves and cinnamon bark significantly reduced the damage C. albicans and C. auris could cause to red blood cells. Whilst both studies were conducted in vitro, there is potential for cinnamon oil to be used as an alternative treatment for patients with candidiasis.

Candidiasis is usually treated using antifungals, but antifungal resistance is spreading; C. auris is resistant to many of the antifungals commonly used to prevent infections, demonstrating the need for research into alternative treatments. Hoang Tran said “Infections caused by pathogenic fungi are on the increase globally and therapeutic options remain limited in addition to the issues surrounding antifungal resistance. Natural compounds such as essential oils offer a rational, robust and environmentally friendly solution to combat antifungal resistance as well as the development of new therapies.”

Candidiasis, also known as thrush or yeast infections, are fungal infections caused by yeasts in the genus Candida. Candida yeasts are found all over the body and normally live without causing any problems, infections occur when Candida growth becomes out of control, or they enter susceptible parts of the body such as the bloodstream or internal organs.

Candidiasis can be treated using antifungals, however patients that have catheters, diabetes, weakened immune systems or spend a lot of time in an intensive care unit, have an increased risk of developing an infection, which could rapidly progress to invasive candidiasis, posing a serious health risk.

Hoang Tran will present his poster, ‘Evaluation of antifungal activities and antihaemolytic effects of cinnamon essential oils from leaf and bark on Candida albicans and Candida auris’ at the Early Career Microbiologists’ Forum Summer Conference, taking place at Trinity College Dublin on the 20 to the 21 June 2019.