Daniel Hurdiss wins the 2017 Young Microbiologist of the Year Prize 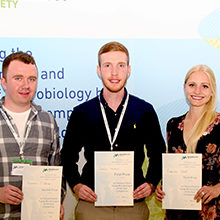 The Microbiology Society is delighted to announce that Daniel Hurdiss is the winner of this year’s Sir Howard Dalton Young Microbiologist of the Year competition. The Society’s judging panel awarded the prize to Daniel, a PhD student at the University of Leeds, for his talk ‘High-resolution cryo-EM as a tool to study virion assembly and cellular entry of BK polyomavirus, a major cause of kidney transplant rejection’.

This year’s second prize was awarded to Andrew O’Connor from University College Dublin, for his talk ‘Investigating low-oxygen-activated (lxa) locus encoded proteins and their involvement in the chronic colonisation of Burkholderia cepacia complex (Bcc) in the cystic fibrosis lung.’

Third prize was awarded to Rebecca Hall from the University of York for her talk ‘The new “superbugs”’.

The standard of the talks was incredibly high and the Society would like to congratulate everyone who made it to the final.

The prize recognises and rewards excellence in science communication by a Microbiology Society member who is a postgraduate student or postdoctoral researcher, having gained their PhD in the last two years. Full detail of the prize can be found here. 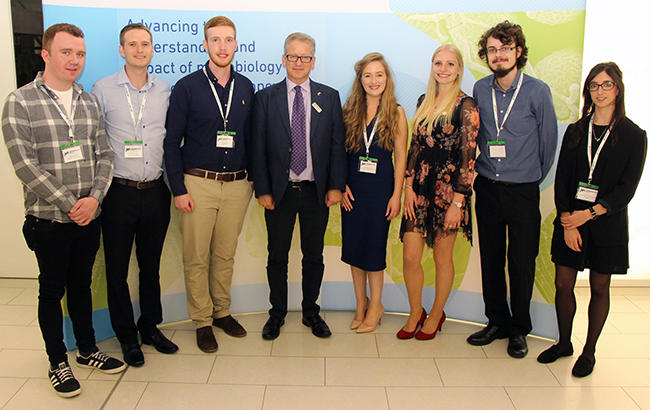