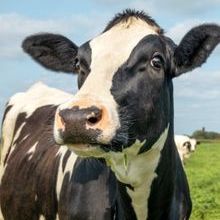 In the 1860s, French microbiologist Louis Pasteur revolutionised food safety by developing the process of pasteurisation, where raw milk is heated to a high temperature then quickly cooled. The procedure makes cow’s milk safer to drink by killing microbes that may be harmful to humans. But more recently, people in some parts of the world have turned against pasteurisation, preferring to drink raw milk instead.

“It’s something that’s getting very popular,” said Dr Guerrino Macori, a researcher at University College Dublin, Ireland. “You can even get these automatic distributors in the countryside where you go with your bottle and fill it with raw milk,” he added. Dr Macori’s research focuses on the evolution of foodborne pathogens. For him, the rise in popularity of unpasteurised milk is a concern if not properly handled. “It’s not just the antimicrobial resistance that you can pass on, but also more dangerous bacteria in general. It is pivotal to remember the importance of boiling raw milk before drinking it.”

At the moment, the mandatory analysis for guaranteeing food safety focuses on identifying individual pathogens. Dr Macori and his team want to go deeper, looking at the entire milk microbiome, which consists of the microorganisms present and their genes and allows us to understand how foodborne pathogens emerge, survive and are transported through the food chain to humans. “This is important because you can bring in much more information about resistance and in particular, what we call resistome, which consists in the collection of genes or genetic material that confers antimicrobial resistance in microorganisms” Dr Macori said.

The researchers took samples from milk filters in dairy farms and extracted all the microbial DNA and applied metagenomics, which is the study of the structure and function of entire nucleotide sequences isolated and analysed from all the organisms in a sample (or ecosystem). By observing where the genetic codes overlapped, they pieced the fragments together to construct whole genomes of individual microbes, the “metagenome-assembled genomes”. Then, by comparing their assembled genomes to exemplar reference sequences, they could identify genes for antimicrobial resistance and then track down which species the genes belonged to.

They found that the majority of species harbouring resistance genes were Gram negative bacteria, including groups that contain some known human pathogens such as Escherichia and Pseudomonas. From these species they identified 22 different resistance genes – some of which confer resistance to widely-used antibiotics like tetracycline and beta-lactam antibiotics (a group of drugs that includes penicillin). Some of the genes confer resistance to multiple drugs. “These are common antibiotics that are used in the field in clinical settings,” explained Dr Macori. This could offer clues to the drivers of resistance in the milk microbiome: “They are used in veterinary medicine as well, so that means the cows could have been exposed to these antibiotics,” he said.

As well as confirming raw milk as a source of antimicrobial resistant bacteria, Dr Macori says the study demonstrates how genomics can offer much more precise food safety risk assessments. The methods used here could even be applied to other raw foods such as vegetables, or fermented foods and cheese where microbes are part of the manufacturing process and are present in the final product. “The future of this field needs to be very accurate,” he said, adding: “If we are able to use this approach as a tool to assess the risk, that would be a game changer in terms of safety of the food we have in our plates.”

Dr Guerrino Macori will present his research at the Microbiology Society’s Focused Meeting, Genomes of Microbiomes. His poster, titled ‘The next-generation tools for risk assessment and precision food safety: use of shotgun metagenomics sequencing for the characterisation of milk resistome and investigation of MAGs’, will be presented at the two-day conference which takes place 15–16 September 2022.