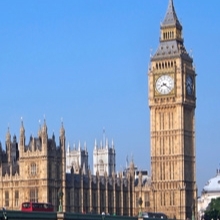 Yesterday, the UK Government launched its report, Our plan for growth: science and innovation, which sets out a long-term strategy for science and business. The document makes several references to microbiology, describing antimicrobial resistance (AMR) as one of the big challenges that the UK has to face, which can be tackled by 'supporting innovation and the transformation of our cutting edge science into new products and services'.

Emerging diseases are acknowledged as an area where we must be able to respond quickly and the strategy highlights that 'our arrangements – institutional, funding, educational and collaborative – must include the agility to be able to respond positively and at pace to emerging opportunities'.

The report describes the UK as being 'second in the world on investment in knowledge-based capital', but explains that investment in R&D remains relatively low at 1.8% of GDP. The government has committed £5.9 billion to science capital from 2016 to 2021, with £2.9 billion to be invested in the 'scientific grand challenges'. Much of this money will be invested in infrastructure and there is no specific mention of AMR. The Government will decide whether to fund additional proposals submitted to the Capital Investment Consultation in the Budget 2015.

Professor Sir Paul Nurse, Society Honorary Member and a winner of our Prize Medal, is to work with the Research Councils to review how they can evolve to 'support research in the most effective ways'. This review will report its findings by the summer of next year.

Professor Nigel Brown, President of the Society, welcomed the report and said: “This strategy shows the value that the Government is placing on science and on training in STEM subjects. However, I am disappointed that although antimicrobial resistance is mentioned as a huge challenge, specific funding has not been directly allocated to this important area of research.”

We’ll be having a more in-depth analysis of yesterday’s strategy and will report our findings on the Society’s blog, early next year.

The report can be read on the Government website.