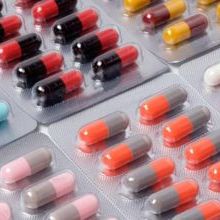 Antimicrobial resistance remains one of the most serious global challenges of our time, with far-reaching impacts on sustainable development, food security and public health. In 2019, an estimated 1.2 million people died as a direct result of antibiotic resistant infections – and the study estimates millions more deaths were indirectly linked. Researchers have now conducted the largest global study to date of antibiotic resistance genes in the human gut microbiome. They found a correlation between the abundance and diversity of resistance genes in healthy people not taking antibiotics and per capita antibiotic use in a country, demonstrating how the impacts of individual antibiotic consumption diffuse throughout the population.

Antimicrobial resistance is the phenomenon where microbes, including bacteria, fungi and viruses, are increasingly developing resistance to drugs that were previously effective against them. Ultimately, this makes it more difficult to treat infections.

Overuse of antibiotics is one of the key drivers of antimicrobial resistance, as overexposure to antibiotics creates a stronger selection pressure in bacterial populations to evolve methods of surviving them. Bacteria can also transfer genes that confer resistance between other bacteria of different species. This so-called ‘horizontal gene transmission’ accelerates the development of resistance further.

A team of researchers from the Earlham Institute, UK, University of Trento, Italy, and Chung-Ang University, Republic of Korea, wanted to investigate how rates of antibiotic consumption in different countries around the world influence the presence of antibiotic resistance genes in the healthy human gut microbiome.

In an upcoming study, which is currently undergoing peer review, the team downloaded nearly 9,000 metagenome samples of healthy human gut microbiomes from public databases. They combined these with an existing collection of genomes assembled from these samples and reference isolates, enabling them to identify known genes for antibiotic resistance and work out which bacterial species they belonged to.

The team then looked at the reported statistics for antibiotic usage per capita in 10 countries across three different continents. They discovered that in countries with high antibiotic consumption, people’s gut bacteria had more antibiotic resistance genes with more diversity of different resistance genotypes – even when they were not themselves taking antibiotics. By identifying which bacterial species carried the genes, the researchers determined that the trend was driven by horizontal transmission of mobile resistance genes between pathogenic bacteria and those that live harmlessly in the healthy human gut.

Smaller studies had previously identified a link between antibiotic use and the abundance of antibiotic resistance genes in the human microbiome, but never before on this global scale.

“We would expect that if you've recently taken antibiotics, you would have high levels of resistance in your microbiome. But what we are proposing is that it's actually a population-level effect. If you're existing in a population where people are consuming lots of antibiotics, you will have more resistant microbes in your microbiome,” said Dr Christopher Quince, who leads the High-Resolution Microbiomics group at the Earlham Institute and led the study.

One notable exception to the trend was in China, where the findings showed more antibiotic resistance genes than would be expected for the country’s antibiotic usage rates. Dr Quince cautions that they cannot rule out that the statistics used were inaccurate, or that their samples were not representative of typical antibiotic use in China. However, he suspects that a more likely explanation lies in agriculture and industry: “It might be that the anomalously high levels of resistance that we see in China are because there's a lot of antibiotic use in the food chain, whereas we have only looked at the consumption of antibiotics by humans,” he said.

The study serves as a warning of the far-reaching impacts of human actions, across billions of microbes living within many millions of people. “One thing that's worth emphasising is that these are healthy people who weren't currently taking antibiotics,” said Dr Quince, adding: “If the consumption of these antibiotics is driving up resistance and diversity of resistance genes in that reservoir, and that is associated with mobile genes, that is a potentially disturbing impact.”

The researchers hope that healthcare providers can take lessons away from these findings, by practicing good antibiotic stewardship and prescribing antibiotics at appropriate dosages and only when truly necessary.

Dr Christopher Quince will present this research at the Microbiology Society’s Focused Meeting, Genomes of Microbiomes. His talk, titled ‘Genome-resolved metagenomics to determine population-level impacts of antibiotic consumption on the human gut microbiome', will be presented at 14:00 BST on Friday 16 September.