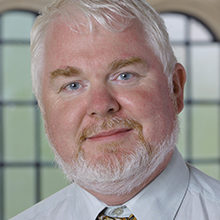 Today at the Microbiology Society’s Annual Conference 2017, Professor Steve Busby from the University of Birmingham will be awarded the 2017 Marjory Stephenson Prize, in recognition of his contribution to the understanding of bacterial gene expression. You can see Steve’s Prize Lecture at 09:00 in the Pentland Suite, Level 3.

Actually, I wanted to study history, but my parents had other ideas! This was in the ‘60s and we were in the middle of Harold Wilson’s “white heat of technology”, and science was very much the thing (it still is!). I decided I definitely couldn’t be a medical doctor, so I went to Cambridge to study Chemistry, but switched to Biochemistry, which was my introduction to Biology.

After completing your PhD you moved straight to do a postdoc at the Pasteur Institute in Paris – why was that?

Going abroad is something I always wanted to do. One of the great things about science is that you can travel. It was a good move; believe it or not, at that time, the UK was just entering Europe, so it seemed a timely thing to do.

How was the Pasteur Institute?

It was a brilliant place. I was unaware of its great history and really ended up there by accident – you have to realise that I knew nothing about microbiology at the time. So I didn’t go there because it was the centre of the discipline, rather I went because my PhD supervisor had contacts and it seemed to be where the good projects were.

What were you working on?

We were researching DNA binding proteins. At the time, these proteins seemed to be unapproachable and veiled in mystery.

Was this the start of your journey into microbiology?

To be honest, I didn’t think of what I did as microbiology – the fact that we were using bacterial systems seemed neither here nor there. It was only after moving to Birmingham (and joining the Microbiology Society) that I got interested in microbiology as a specific subject.

What questions were you trying to solve there?

We were looking at how transcription activators work, from an enzymological point of view. When I moved back to the UK, I thought I’d write my first grant on E. coli, then move onto more complicated eukaryotic systems. Of course, it turned out that bacteria are pretty complex, and so I’m still working on them!

How does working on these systems now compare to when you started in the 1980s?

Back in the 1980s, there were different rate limiting steps – now, you don’t have to spend a long time cloning or sequencing, for example. When we started, researching a single system could have been someone’s lifetime work; nowadays, an answer isn’t complete without comparing a system to other systems within the same cell, the same family and in hundreds of different strains.

Does this risk researchers casting their nets too wide, and not looking at something in depth?

If you cast your net wide, you catch things – take CRISPR-Cas, for example. In science, something always turns up, in my experience. If you spend time researching something a bit ‘out there’, it often throws up something you hadn’t thought of.

You’re well known for describing the cyclic AMP receptor protein (CRP), which is taught to students around the world as the model for transcription regulation. Did you realise how important this finding was at the time?

We eventually figured out this system in the mid-1990s, and it appeared to be a paradigm for gene regulation. A big surprise was that what we discovered in E. coli was also happening in other systems. Having said that, every time you identify something and say, “This is the model”, if you look hard, you’ll find somewhere where it isn’t – because that’s the way that bacteria have evolved. That makes things exciting!

If identifying CRP was the first step, what big questions still need to be answered?

There are still enormous questions left to answer. We still don’t really know what the role of the folded chromosome is, and I suspect that there is a lot more to discover concerning RNA polymerase and its interactions, at all stages of transcription.

I’m delighted and quite surprised. But what makes me most excited is that lectures to honour  Marjory Stephenson go back a very long time – it’s very special  to be asked to continue the tradition.