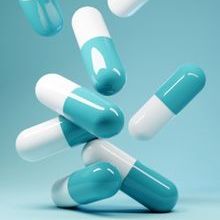 Antimicrobial resistance (AMR) is an increasing global threat which requires novel therapies with which to fight resistant infections. A recent study by researchers at the University of Oxford, UK hopes to have found that such a method may be through the infiltration of bacterial social cooperation.

It is now well understood that bacteria perform social activities in order to co-operate and promote the survival of the population as a whole. One such way they do so is through the sharing of ‘public goods’ within the population. These shared goods are costly to the individual bacterium to produce but are of benefit to the entire population. However, these public goods can be exploited by individuals within a population. These individuals, introduced either via spontaneous evolution or migration, act as social cheats and don’t participate in the costly production of these public goods but reap the reward of their production. As such, these social cheats often invade and begin to outnumber the original population.

Research into the use of these social cheats in the fight against antimicrobial resistance has so far been limited, but theories of their use as a Trojan horse by which they confer antimicrobial sensitivity to the wild type population have been raised and could be fundamental in the fight against AMR. The research team are excited by the opportunities this approach could provide in both the treatment of infections, as well as the slowing down of antibiotic resistance generally. "The use of cheats has an advantage over the use of antibiotics because evolution of antibiotic resistance happens very fast but evolution of resistance against cheats is tough  –there’s a huge evolutionary barrier," Dr Mutlu, a postdoc within the team, explains. "The easiest way to resist the cheats is to stop co-operating, which is useful to us anyway as if they stop co-operating there won’t be expression of a virulence factor so that’s a win. The co-operators are also at a significant fitness disadvantage and won’t be able to invade the population of cheats, so the co-operators would need to overcome strong evolutionary and mechanistic constraints to resist cheating."

The results appear to be incredibly positive: "We can see that in some populations antibiotic sensitivity starts at 10% but after invasion by the antibiotic-sensitive cheats that can grow up to 60%. That’s not 100%, because as you cross the antibiotic concentration which kills the sensitive cells you knock off all the cheats and what is left is a minority of co-operators. You can’t get rid of all the bacteria right now but you hope that once you reduce the antibiotic population you help the host, and the immune system may be able to overcome the rest. Eventually we could develop super-cheats which completely invade and take over 100%, exploit multiple social traits or act as weapons to target the co-operators directly, but for now we see that we can use cheats to invade an antibiotic resistant population and introduce beneficial alleles."

Dr Mutlu is cautiously optimistic about the future applications of the findings: "As long as you know which traits can be exploited, this can be applied to any population. There’s a suggestion of using the Trojan horse idea as a milder treatment and leaving antibiotics as a last resort which will, ultimately, slow down the development of resistance anyway. Of course, there are downsides of ethical concerns; things in real life aren’t like in a lab. In hosts and in real life things can go wrong. Cheats may not invade at all or with limited efficacy, or they may gain pathogenicity or regain virulence and so there are ethical concerns….. But this is a proof-of-concept experiment and we’ve seen now that it can be done."

Dr Mutlu will present a poster with the findings at the Cell–Cell Communication In Bacteria: Fundamental aand Applied Aspects Focused Meeting.