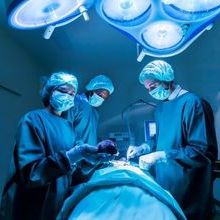 Donor lungs are the major source of a common viral infection in lung transplant recipients, according to researchers from the Medical University of Vienna, Austria. This discovery could help researchers find ways to reduce the risk of infection in transplant patients, who are at risk of more serious illness due to their suppressed immune system.

Human cytomegalovirus (HCMV) is an incredibly common virus that infects an estimated 50–60% of people in the UK, and up to 100% of the population in some developing countries, such as Uganda and the Philippines. It is related to the herpes simplex virus that causes cold sores.

But if HCMV is so widespread, why have most people never heard of it? The infection usually remains silent and symptomless in healthy individuals – only causing problems when their immune system becomes weakened. For example, after taking immunosuppressive drugs to prevent the body rejecting a transplanted organ.

HCMV is incurable and people can acquire multiple strains of the virus over their lifetime. “There have been many studies showing that, not only in immunocompromised but even in healthy individuals, HCMV occurs as a collection of different strains, as a mixed infection,” said Büşra Külekçi, a PhD candidate at the Medical University of Vienna.

The presence of multiple strains may encourage viral recombination and selection for antiviral drug resistant mutants – possibly making infections more severe. “Especially in transplant patients, it has been shown that mixed infections lead to worse clinical outcomes, so the patient needs longer to clear the virus and has more episodes of illness post-transplantation,” Büşra explained.

Because of the scarcity of donor lungs and the frequency of HCMV within the population, it is not always possible to avoid transplanting an HCMV-infected lung into patients. Transplant recipients  may also harbour their own HCMV strains from before their transplant. Until now, scientists have not known how strongly the infection status of the donor and recipient influences how the virus behaves in transplant recipients.

Büşra and her colleagues collected tissue samples from pre-transplant donor lungs, as well as blood samples and bronchoalveolar lavage (a washing fluid that is squirted into the lungs to collect a sample) from lung transplant recipients who had multi-strain infections post-transplant. They sequenced the viral DNA, looking specifically at genes that are known to be highly variable between different strains.

The researchers then pieced together short clusters of genes into longer stretches of the viral genome. Using highly sensitive sequencing techniques meant they could detect subtle genetic differences between strains and capture strains that were present in very low abundance (up to 1% of the total viral load), giving a very precise reading of the level of strain diversity in different transplant patients.

The discovery could help researchers reduce the risk of illness in immunocompromised transplant recipients. Büşra said: “Now that we know that the donor makes such a big contribution to infections after transplantation, we can focus on reducing the latent reservoir [of virus particles] in the lung before transplantation.”

One possibility is to remove the virus from donated lungs before they are transplanted, using a procedure called ex-vivo lung perfusion. Here, organs are placed inside a sterile machine treated with oxygen, nutrients and proteins to keep them alive outside of the body. By adding an immunotoxin that can kill HCMV to the lung perfusion solution, researchers can clear the lung of the virus before transplantation. While this is yet to be applied in the field, a recent study demonstrated proof of concept. Büşra is optimistic that it could one day reduce HCMV infections in transplant patients.

Büşra Külekçi will present this research at the Microbiology Society’s Focused Meeting, Genomes of Microbiomes. Her talk, titled ‘Human cytomegalovirus strain diversity and dynamics reveal the donor lung as a major contributor after transplantation’, will be presented at 11:40 BST on Thursday 15 September.