The minichromosome that could revolutionise biofuel production 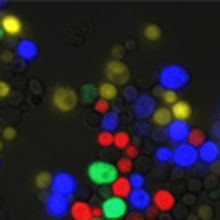 Researchers have identified fragment of DNA that might code for superior production of biofuels by yeast.

The research, conducted by a group based at the Kent Fungal group (University of Kent), identified a ‘minichromosome’ that improves the efficiency of bioethanol production by the yeast Scheffersomyces stipitis.

Biofuels are a renewable substitute for fossil fuels and are produced in a variety of ways – usually, through fermentation of sugars to produce alcohol or other hydrocarbons, according to Samuel Vega-Estevez, who conducted the research during his PhD at Dr Alessia Buscaino’s lab. “The process of biofuel production depends on the fuel itself. For example, bioethanol is produced from the fermentation of sugars by different microorganisms such as yeast, bacteria or microalgae. Biodiesel is a fatty acid derived from oils, fats or alcohols by chemical reactions,” he said.

Vega-Estevez and the team were investigating production of second-generation bioethanol by the yeast Scheffersomyces stipitis. Second-generation biofuels are produced using non-food materials, such as forest or agricultural waste. Conversely, first-generation biofuels are extracted from food and oil crops. “First generation (1G) biofuels have been successfully produced, but their use poses ethical concerns. Indeed, 1G biofuels are a possible threat to the food chain supply because of the dedication of food to fuel production. In addition, 1G biofuel production at a large scale can have a negative environmental impact due to deforestation and the loss of biodiversity caused by monocultures. Second generation (2G) biofuels have the potential to overcome these socioeconomic issues because they are generated from non-food biomass derived from forest and agricultural waste. However, 2G bioethanol production still needs significant development to be widely used at industrial scale,” explained Vega-Estevez.

The research involved the use of strains of S. stipitis isolated by Dr Patricia Slininger at the National Centre for Agricultural Utilization Research (Peoria, Illionis) which were best adapted to industrial-scale bioethanol production by fermenting the sugar xylose, which is found in lignocellulose. The researchers then investigated the genetics associated with the improved bioethanol production and found a unique additional DNA molecule, or minichromosome. “Identifying the minichromosome as a driver of improved bioethanol production was surprising as we often assume that gene mutations are the most potent mechanisms causing novel phenotypes,” said Vega-Estevez.

Next, the group hopes to understand whether strains of S. stipitis without this minichromosome are able to ferment lignocellulose to produce bioethanol.

Samuel Vega-Estevez will present his findings at the Microbiology Society’s Focused Meeting British Yeast Group 2021: the future of yeast research. His talk, titled ‘A novel minichromosome is linked to superior bioethanol production in the yeast Scheffersomyces stipitis’ will take place at 16:05 on Thursday 9 December 2021.