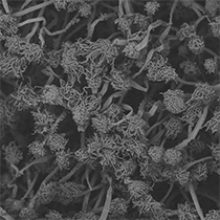 Mycology is an area of urgent medical need, with more than 1.5 million deaths worldwide each year caused by fungal infections, yet the number of researchers working in the discipline is very small in relation to the scale of the problem.

The Medical Research Council Centre for Medical Mycology (MRC CMM) at the University of Exeter is one of the most ambitious strategic investments in medical mycology worldwide and is building critical mass to tackle this issue. Increasing awareness of the disastrous impact of fungal infections on human morbidity and mortality is essential to this challenge, enabling us to build support for our work and raise the profile of our research.

There is always a challenge when communicating unwelcome messages, such as a high death toll caused by infectious disease. We believe that public awareness is an important part of this picture and suspected that there is very little knowledge of our discipline amongst the general public, given that of all microbial pathogens of humans, fungi are the least well studied and understood. To find out how large this knowledge gap is, we conducted a small-scale public survey, which yielded interesting perceptions and misconceptions.

Out of all the respondents, 73% told us that they had never heard the term ‘medical mycology’, and when asked what they thought it might mean, responses varied from “holistic wellbeing” to “alternative therapies” to “study of medicine practices in small environments” and “Goodness, no idea!”. This survey confirmed to us that, as suspected, public perceptions of medical mycology are somewhat erroneous.

This paucity of knowledge presents a challenge for us and our field, and changing awareness will involve not only correcting misconceptions but countering misinformation. For example, misinformation about ‘candida syndrome’ is rife online and perceptions of fungal infection start with – according to our survey – toes, ‘strangeness’, and a distinct ‘ick’ factor.

In our survey, we asked what people think of when they hear terms such as fungal and whether fungi have positive or negative connotations. Most people reported mixed feelings about the terms fungi and fungal – describing positive associations, such as mushrooms, and many more negative ones such as rot and infections. Descriptions included mould, damp, hallucinogenic, poisonous, earthy, colonising, thrush, athlete’s foot, infection, germs, bad smell, rashes.

Most tellingly, no responses associated ‘fungal infection’ with the possibility of fungi in the bloodstream, travelling to the brain and kidneys, growing inside them and severely affecting organ function. No responses indicated an understanding that although these invasive infections primarily affect immunocompromised individuals, they have extremely high mortality rates, with some taking the lives of up to 90% of the people they infect. The implications, particularly in relation to the weakened immune systems of those living with HIV, are much larger for those living in low- and middle-income countries.

Our survey indicates, then, that there is something of a mountain to climb to change public perceptions of fungal infection and the work of medical mycologists. Nonetheless, as optimists, we are enthused by the strong feelings and associations that ‘fungi’ and ‘fungal infection’ evoke, as this at least gives us something compelling to connect to. And when asked “what might make you curious to learn more about fungal infections?”, a total of 53% of survey respondents reported that they were most interested to learn more about the global medical impacts of fungal infection. This tells us that there is a space for engagement with some of the bigger repercussions of our work. By starting with what people do know, we can begin to create a narrative about medical mycology that makes it relevant to people’s lives, whilst rapidly expanding and advancing public knowledge about even stranger aspects of fungi, and their devastating global impact.