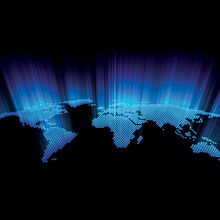 ‘If health fails, all else fails’ said Margaret Chan, Director General of theWorld Health Organization (WHO), in her 62nd address to the Regional Committee for Europe in September 2012.

Her words resonate loudly with Antibiotic Action, the UK-led global initiative that exists to inform and educate all about the need for discovery, research and development of new antibacterial drugs. Launched at the Houses of Parliament in November 2011, the initiative received unprecedented interest and support. Organisations across the globe sought to partner and support Antibiotic Action, manuscripts were accepted and published by esteemed international peer-reviewed journals, stories were written in newspapers and magazines and broadcast on radio and television. Antibiotic Action gained a respectable following on Twitter, an Early Day Motion was presented to the House of Commons and thousands of individuals signed the online petition. It was an explosive start to an initiative that began by examining why, after over a decade of esteemed publications, committees, reports and professional concern, they had failed to generate sufficient interest to prevent the rapid decline in antibacterial drug discovery research and development.

So almost 12 months on, what has Antibiotic Action achieved? Highlights include:

The need for new antibiotics and the devastation the absence of antibiotics will wreak is undeniable. However, it will take time to alter perceptions about the urgent need to develop new antibiotics – that or a cataclysmic event to grow public understanding – just think of the furore if Prince Philip’s recent bladder infection had been caused by an antibiotic-resistant bacterium which proved untreatable. We need to change the perception that antibiotics have failed – they have not – they are one of the miracles of modern medicine and the reason why many of us have reached adulthood today and will reach the extremes of age. As there is no collective memory of the pre-antibiotic era, the public voice is small, unlike that for other diseases such as cancer that many people are afraid they will die from. Antibiotic Action seeks to raise the voice to a deafening level so that everyone is aware that antibiotics underpin much of modern medicine from trauma to transplant surgery to joint replacements, and that infections are commonplace in these settings; governments and policy-makers must sit up, take note and act.

It has been proposed by many that it is financial incentives that will tempt industry to re-enter/continue to discover, research and develop new antibacterials as drugs for patients, and the recent GAIN Act in the USA and the EU Innovative Medicines Initiative seek to do this. It has been suggested by some that neither of these will have much impact; however, it is impossible to determine what the outcome will be and it is almost certain that it will take many different strategies and funding streams to resolve the situation. In particular, as microbiologists we must fight for our discipline to be heard equally with others that have high profiles. To do this we must make sure that the fantastic advances being made in academia are publicised and that there are mechanisms to facilitate development into new drugs. Links between academia, SMEs and Pharma require strengthening and new funding routes. In this way we can ensure that we retain the existing expertise and attract the brightest young minds to our fields of research, to discover and develop antibacterial drugs of the future. Antibiotic Action will continue to stimulate activities across disciplines to ensure new effective treatments are available. After all, without antibiotics the health of nations will fail – a fitting adjunct to the quote by Margaret Chan.

We continue to seek new Antibiotic Action Champions, the remit of whom is simple, to inform as many people as possible of the need to discover research and develop new antibacterial drugs. If you wish to be a Champion please see the website for the resources we provide http://bit.ly/SHK5TC or contact Laura Piddock.