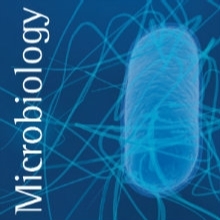 Synthetic biology is a rapidly growing area of applied biotechnology that represents the fusion of genetic engineering with an increased understanding of the complex workings of cells that has come from genomics, transcriptomics, metabolomics and systems modelling. To highlight the latest developments in synthetic biology, there will be a special themed issue of SGM’s journal Microbiology in July 2013 and papers are invited for submission from now to mid-January 2013.

THERE IS NO universally accepted definition of synthetic biology, but while it certainly encompasses applications of genetic engineering and biotechnology, it is fundamentally about the design and the introduction of new components or biosynthetic pathways into cells, or the adaptation of existing pathways to produce novel compounds or features. While traditional genetic engineering often involves mutating a chromosomal gene or inserting a new gene, synthetic biology describes the manipulation of biological systems, enabling cells to be designed that are capable of carrying out novel functions and/or producing new compounds. Recent developments in the enabling technologies, such as DNA sequencing and synthesis, have revolutionised what is potentially achievable by synthetic biology.

At the SGM Autumn 2012 conference in Warwick, I co-chaired a symposium on Designer microbes, which featured innovative advances in synthetic biology. Justin Buck (Cambrian Innovation Inc.) and Lisa Buddrus (Surrey) described the use of bacteria to generate electricity in microbial fuel cells. Although these approaches do not necessarily involve genetic modification, they do necessitate a detailed understanding of biochemical pathways to identify the best bacterial candidates as ‘exoelectrogens’, and the development of engineering solutions to maximise their potential. Biofuel production is an area where microbes could have an important role. David Leak (Bath) described his work on ethanol production using thermophiles, Thomas Howard (Exeter) focussed on transport fuel production in Escherichia coli and Aindrila Mukhopadhyay (Berkeley) described the use of microbial efflux pumps for biofuel tolerance and production.

Micro-algae are being developed to produce biofuels and other products, and Saul Purton (UCL) described the use of DNA components called ‘Phycobricks’ in synthetic biology applications of Chlamydomonas reinhardtii. Cellulosic biomass is an abundant and under-utilised resource, and Chris French’s group (Edinburgh) engineer cellulose-degrading E. coli and Citrobacter freundii using enzymes identified from a range of other bacteria. Genetic engineering tools are critical to synthetic biology and Nigel Minton (Nottingham) described his ClosTron system for modification of Clostridium spp. Public perception and bioethics considerations will influence the development of synthetic biology, and Joyce Tait (Edinburgh) discussed the way that social scientists view technological advances, focussing on approaches to achieve smarter and more flexible regulation.

Synthetic biology is not restricted to industrial applications, and biomedical applications are still of the greatest commercial importance. Michael Bromley (Manchester) described the use of synthetic biology approaches in a screen to identify novel antifungal drugs. Our work at Prokarium (presented at the SGM Spring 2012 conference in Dublin) utilises live Salmonella that contain modified genetic circuitry to achieve selectable marker-free plasmid maintenance and targeted antigen gene expression for oral vaccine delivery.

The presentations at the Designer microbes symposium gave an overview of the applications of synthetic biology, indicating some of the areas that we are interested in for the Microbiology special issue, but we welcome articles on a wide range of synthetic biology topics and look forward to an interesting issue that will help to define this new and exciting field.

Papers for the special issue must be submitted by mid-January 2013.