Enzybiotics and phages: safe alternatives to antibiotics in the control of food safety 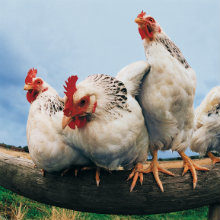 The concept of treating bacterial infections with phage is not new – indeed it pre-dates the antibiotic era. Can this be used to eliminate the use of antibiotics in animal feed?

Recently, the US Food & Drug Administration (FDA) issued an order prohibiting the use of cephalosporin drugs in cattle, swine, chickens and turkeys (docket no. FDA-2008-N-0326; www.regulations.gov). Cephalosporin-based antibiotics are important in treating human diseases such as pneumonia caused by Streptococcus pneumoniae, or skin and soft-tissue infections caused by Staphylococcus aureus and Streptococcus pyogenes. These drugs are also effective against other bacteria, such as Acinetobacter calcoaceticus, Bacteroides fragilis, Enterobacter agglomerans, Escherichia coli, Haemophilus influenzae (including β-lactamase-producing strains), Klebsiella oxytoca, Klebsiella pneumoniae and Pseudomonas aeruginosa. 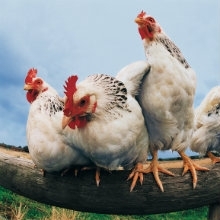 The FDA is concerned about the use of antibiotics in food-producing livestock because they are likely to contribute to the generation of resistant strains of certain bacterial pathogens, thus increasing the risk of antibiotic-resistant infections in humans. In the case of cephalosporins, the risk of microbiological or toxicological undesirable side effects in food-producing animals still remains unknown. But it is generally assumed that adding antibiotics to animal food in order to increase food production may threaten public health and should be discontinued. When the cephalosporin prohibition finally takes effect, the drug will join others, such as chloramphenicol, dimetridazole, furazolidone, nitrofurazone and sulfonamide derivatives, formerly used in the treatment of lactating cattle.
Bacterial antibiotic resistance can be acquired by two mechanisms: (i) as the result of genetic events causing variations in the bacterial genome; or (ii) by horizontal gene transfer among bacteria.
The fight against antimicrobial resistance has become a great challenge to our civilisation and involves a wide range of experts from different echelons of society and from all over the world. In agriculture, for example, the FDA, via the National Antimicrobial Resistance Monitoring System (NARMS), is charged with the responsibility of investigating resistance trends in food-borne bacteria, assessing antimicrobial resistance risks for new antimicrobial drugs, and promoting the judicious use of medically important antimicrobials approved for use in food-producing animals.

The increase in antimicrobial resistance rates seen during the last few decades is likely to be the result of misuse and overuse of antibiotics; new resistant bacterial strains have emerged and, therefore, the battery of chemotherapeutical drugs available to treat disease has dwindled. This has resulted in an enormous worldwide health care problem, in terms of declining public health and spiralling health care costs. The World Health Organization (WHO) defined the appropriate use of antibiotics as ‘the cost-effective use of antibiotics, which maximizes clinical therapeutic effect while minimizing both drug-related toxicity and the development of antibiotic resistance’.

Changes within the pharmaceutical industry may be contributing to the pipeline of new antimicrobials drying up; in fact, the major pharmaceutical companies have practically stopped research leading to the development of new antibiotic drugs. One of the reasons for this cessation is the reduced market profits for antimicrobials, as compared to those generated by other drugs, such as those targeting chronic diseases. In 2000, amoxicillin-clavulanic acid was the only antibiotic in the top 20 prescription drugs. Therefore, the situation needs to be addressed.

Bacteriophages are the most abundant and diverse biological agents on the planet and have been detected in virtually all environments. They were discovered in the early 20th Century and have been applied in the control of bacterial diseases. However, the discovery of antibiotics reduced the interest in bacteriophages as therapeutics. But the increase in antibiotic resistance has now resulted in a resurgence of interest in bacteriophages. The potential of bacteriophages as therapeutic agents was first evaluated in fields such as aquaculture, biocontrol in agriculture and in veterinary medicine. The success of phage therapy for the treatment of septicaemia and meningitis in chickens and calves, or the possibility of using bacteriophages as biocontrol agents to reduce Salmonella in poultry products has been well documented. Phages have also been proposed as alternatives to antibiotic sprays to control bacterial infections in high-value crops.

As for the undesirable side effects of enzybiotics, they have been scarcely reported, and they have the additional advantage that their immunogenic abilities are quite weak.

Advances in molecular biology have allowed researchers to focus on two main aspects of bacteriophage-based therapies: (i) administration of whole bacteriophages; and (ii) administration of phage-lytic enzymes known as enzybiotics. In fact, the term enzybiotic is a wider term that refers to those enzymes, independent of their origin, that are able to act as antibacterial or antifungal agents.
They are used as food additives and preservatives, for example in the production of cheese and wine; in medical applications, such as eye drops; and in toothpaste, etc. The FDA has approved the use of bacteriophages to control Listeria monocytogenes in cheese, thus classifying them as ‘GRAS’ (generally recognised as safe) in 2006 (notice no. GRN 000198; www.fda.gov). Additionally, in 2007, the status of GRAS was extended to bacteriophage use on all food products (notice no. GRN 000218; www.fda.gov).

As for any undesirable side effects of enzybiotics, they have been scarcely reported, and they have the additional advantage that their immunogenic properties are weak. Despite the fact that further investigation on the methods for their administration, half-life and effectiveness is still required, enzybiotics constitute a clear and safe alternative to antibiotics as food control agents.