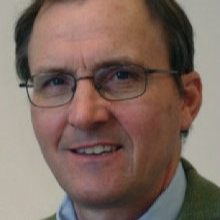 SGM would like to congratulate you on your new appointment as Chief Scientific Adviser to Defra, and wish you well in the role. We appreciate that you’ve not had much time to get to grips with the full gamut of responsibilities you will have from September, but nevertheless we have a few questions on your work as it relates to the interests of our members.

YOUR ASPIRATIONS AS CHIEF SCIENTIFIC ADVISOR

How do you think your career so far has helped prepare you for the role of Defra Chief Scientific Adviser? Are there lessons for our members who wish to take a role in setting and implementing policy at a senior level? What are your ambitions in the role?

My career has seen me spend considerable time in both research institutions and universities so I am aware of the structural, cultural and functional differences among these research delivery bodies. Added to this, as an academic researcher I made a specific point of spending time working on policy-related issues. I made an intentional choice to sacrifice time that I could have spent following my own research interests in order to oil the wheels at the science–policy interface. This was deeply unfashionable within universities even just a few years ago but the changes in the structure of the Research Excellence Framework towards recognition of impact have changed this. I was very fortunate to have understanding management at St Andrews. The main message is that intellectually agile individuals, wherever they are and whatever they are studying, should have the capacity to connect their research with societal benefits and should be continually exploring and probing how best to achieve this. If I can help to significantly raise the game of the science research community with respect to how they work within policy and with industry then I will have made a difference. We are faced with some massive challenges over the coming decades and I want the best and most imaginative minds to be brought to bear on coming up with solutions.

The government has emphasised agriculture as a route to ‘export-led growth’. From some angles, Defra can sound like the old Ministry of Agriculture! But the department now has many additional responsibilities. How do you see the relative emphases in your new role – and where do your priorities lie?

Some of the old images of ‘The Ministry’ are certainly hard to shake off. This is partly because Defra retains the old role of regulator in agriculture and fisheries, and this is now extending to other uses of the environment. There is a very real image problem associated with this because it is all too easy for Defra to be seen as a bureaucracy that interferes in people’s lives. I see my role as partly being there to explain the rationale, based upon the evidence, for why Defra needs to take certain views and build policies that sometimes might appear counter-intuitive. This is not just about ensuring that policies are firmly grounded in core science, but it is also about integrating this with social and economic evidence and being able to take a long-term view. It is hard to persuade people of the benefits of a policy that is designed to smooth our path over decadal time scales when it is not seen to have tangible benefits here and now. Communicating these concepts is extraordinarily difficult and a priority for me is to both listen to people’s concerns and to explain the evidence upon which policies are based.

Defra already draws on a wide portfolio of scientific expertise – in its own research establishments, in agriculture and industry, in institutes funded by the Research Councils, in learned societies, and in universities. How will your role fit into this network?

The UK has a rich and diverse mixture of mechanisms for undertaking scientific research. I think this is one reason why the UK, considering its size, has been and remains a leading global economic power. I sometimes get frustrated by narrowly focussed metrics produced by individual institutions to make them look better than others. We all know that different institutions play different roles in the mixture. While there are weaknesses which need to be addressed, this isn’t a case of one type of research delivery mechanism being better than another. The real question concerns how, in functional terms, each one delivers high-quality science to support societal objectives and on what time scales. Each institution presents a different profile in that respect and consequently is optimised differently. I can fit into this by helping Defra to exploit this diversity by drawing down the best quality of evidence from across the whole spectrum of providers and also to provide constructive feedback about how the flow of evidence could be improved.

THE MARINE ENVIRONMENT AND MICROBIOLOGY

You have had a distinguished career in marine biology, and microbiologists have a particular interest in disease in aquaculture, natural products from marine micro-organisms and microbial pollution (algae and bacteria). Does Defra have any particular plans in these areas you can tell us about?

I have spent my career studying ‘big things’, basically from very large multicellular organisms up to large-scale ecosystems. However, one of my interests is in scale-free processes so the size of ‘things’ becomes less relevant. As I said in a recent perspectives piece in Science, the dynamics of yeast cultures can help to explain the dynamics of much larger-scale systems. I find the whole idea that the same basic mechanisms govern dynamic systems from the very small to the very large utterly gripping; if we can find the fundamental key to understanding these common processes then we will have made a major intellectual leap forward. Bringing this back to the very real problems of biosecurity, the exploitation of microbial processes and managing microbial ecology is a very important challenge.

Crop and livestock diseases – a big issue, and a complex one, but also one very dear to the professional lives of many of our members. Three questions:

What are your aspirations for Defra’s research on infectious diseases of crops and livestock?

The UK agricultural system, including forestry, is probably under greater stress from new infectious diseases now than at any time in history. This presents a critical national challenge and it is not just Defra that has to step up to meet this but the research community as a whole. However, it is Defra’s job to take a lead in tackling non-indigenous crop diseases both in terms of providing targeted resources and developing strategies that others can align with. This needs to include the whole spectrum of control measures from protection and mitigation through to adaptation, when we are aware that protection and mitigation are unlikely to work. But, at the centre of this will also be communication both within the research community to help align the best minds to tackle the most pressing problems in a way that will likely make a difference, and with the public whose lives, livelihoods and environment might be seriously altered as a result.

What balance between endemic and (potential) ‘exotic’ disease threats do you think works best in the research and surveillance portfolio?

Livestock diseases can have significant economic, social and environmental costs in addition to compromising the welfare of affected animals. Also, an outbreak of an exotic notifiable disease can have severe trade implications for the UK economy. Defra’s current research and surveillance portfolio funds work on a number of different diseases, both endemic and exotic, and it is important to remember that they are not mutually exclusive. For example, adherence to strong biosecurity principles for endemic diseases may reduce the potential impact of an exotic disease. Defra’s surveillance programme is targeted towards the detection of new and re-emerging threats, aligned with a reactive research programme enabling us to respond effectively. On the question of whether we always have the balance that works best – that is a question that is difficult to answer, but I recognise that it is vital to constantly monitor and evaluate our research and surveillance programme to ensure that it continues to address the threat. What is important is that we maintain the UK’s expertise and capability to act quickly no matter whether that threat is from an exotic, endemic or indeed a new and re-emerging disease.

The issue of microbial food safety is always with us and occasionally erupts as a crisis. How will you scan for impending crises, gauge their scale, and communicate the risk to ministers? How can professional microbiologists and learned societies like SGM assist you in horizon-scanning?

The issue of food safety sits with the Food Standards Agency, but it is right that Defra should take an active interest in the issue, especially where environmental factors are a major cause. Defra invests heavily in the assessment of risk and it is possible to develop reasonably accurate predictions of the occurrence of problems with microbial food safety. The major problem is assessing the extent to which these predictions might be challenged by the effects of climate change or changing human behaviour. The early detection of trends is essential and, like any infectious disease that affects people, there needs to be a strong link between health screening through the NHS and the response to an outbreak.

What position do you take on the use of antibiotics in agriculture?

Antibiotic resistance is a major problem and we need to properly assess the costs and benefits of antibiotic use. It would be easy to just say we should stop all antibiotic use, but there are likely to be key types of uses that present greater problems than others. I also have to point to innovation as a route through this problem. Not only do we need a continuous stream of new antibiotics, perhaps even more importantly, we need to adapt our systems of agriculture to be much more aware of biosecurity. I suspect there is a lot that can be done to achieve this, mainly representing relatively simple control measures, but the challenge is in communicating this and incentivising individual practitioners to implement these measures.

Your website refers to your scientific interest in the ‘Behavioural dynamics of marine predators’. There are almost certainly a few killer whales lurking in Whitehall. How can scientists avoid getting eaten alive – or do scientists have nothing to fear from these ‘majestic predators’?

My experience of working with politicians and policy people is that they are really not very different from scientists. The competitive nature of scientific research certainly doesn’t leave much room for the faint-hearted or thin-skinned these days. In general, we are all rational people who make decisions based upon a combination of the evidence available and prejudice or belief. What distinguishes scientists from the others is that they perhaps lean more towards decision-making based upon evidence, at least professionally. Scientists have a very important general mentoring role in trying to make others think outside their box, often by presenting evidence in ways that cause others to question their prejudices or beliefs. I may be proved wrong, but I think the metaphor of the killer whales prowling Whitehall is not really accurate. Certainly, there are some difficult trade-offs to be made at the top level of government and one can find oneself on the losing end of an argument, but we live in such an imperfect world that one cannot afford to take the rough time personally. I would encourage more scientists to get involved and not to be afraid to do so. Even if you do feel you have been ‘eaten alive’ in the process, it can be very rewarding to see your ideas taken up by the government machine and used, hopefully, towards a positive outcome for society.