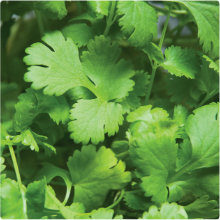 Antimicrobial essential oils – not to be sniffed at

Plant-derived essential oils show greater toxicity against pathogenic micro-organisms compared to commensal gut bacteria, according to a new study. The work contributes to the development of essential oils as health-enhancing food additives to treat or prevent colonic microbial imbalances. Researchers from the University of Aberdeen found that the essential oils from cloves, coriander, curcuma and geranium, and their purified chemical components, exhibited different growth-inhibitory effects, depending on their chemical characteristics. Pathogenic gut bacteria such as Escherichia coli O157:H7 and Clostridium difficile were, in general, more sensitive to the essential oils and their constituents than the commensal strains. The inhibitory effect was shown not to be due to membrane damage. While these results show great promise, further optimisation, including studies using mixed cultures and in vivo, is required in order to ensure the protection of beneficial commensal strains.
Microbiology doi:10.1099/mic.0.061127-0
Mireille Vankemmelbeke University of Nottingham

Rosacea, a common skin disease, is primarily caused by bacteria, aided by Demodex folliculorum mites that live in the skin, according to a new review. The findings should lead to more targeted treatments for the condition. Rosacea, characterised by inflammation and lesions in the central regions of the face, affects nearly 3% of the population and is more common in women than in men. High densities of Demodex mites are common in patients suffering from rosacea. Bacillus oleronius has been isolated from the gut of Demodex mites from rosacea patients. It is speculated that the proteins released by B. oleronius, upon death of the mite, stimulate an immune response that triggers rosacea. Further research on the role of these bacteria and Demodex mites will help shed light into the pathogenesis of the disease and could lead to novel ways to prevent and control rosacea.
JMM doi:10.1099/jmm.0.048090-0
Sruthi Raghavan Freelance writer

Could bacteria solve our energy needs? 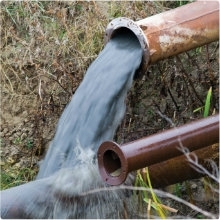 Scientists have shown that the energy bacteria produce while degrading wastewater can be harvested to make electricity. Capturing this source would create a new energy supply and avoid the consumption involved in wastewater treatment, according to recent review of the topic. In the US, 3% of all electrical power is used in wastewater treatment. However, this wastewater also has huge energy potential. New technologies use bacteria to catalyse electrochemical reactions using waste organic matter as a substrate. The most studied electrogenic organisms are Geobacter and Shewanella species, though many others could also be used. Research is currently taking place to assemble bacterial communities that can produce electricity by degrading the complex mixture of compounds found in wastewater. At the moment, it is cheaper to produce electricity through traditional methods rather than microbial technologies. However, as fossil fuels become more scarce, microbial technologies are likely to prove a viable alternative.
Science doi:10.1126/science.1217412
Lena Ciric University College London

A sensor that can detect the smallest known viruses has been created. It works by sending light waves resonating at a specific frequency within a glass sphere; the presence of a virus changes the resonant frequency of the light within the sphere. Researchers from the Polytechnic Institute of New York University called the sensor the Whispering Gallery-Mode Biosensor after the circular gallery in St Paul’s Cathedral, where someone whispering near the wall can be heard around the gallery. The sensitivity of the sensor was increased by attaching gold nanoparticles to the glass sphere, enabling detection of minute changes in resonant frequency. The gold sensor meant even the tiny MS2 virus, which is 1% of the mass of the influenza A virus, could be detected. This development holds enormous potential for early identification and treatment of disease.
Applied Physics Letters doi:10.1063/1.4739473
Daniel Amund London Metropolitan University

The gut microbiota of women has been shown to change dramatically during the course of pregnancy, and by the third trimester the composition resembles that seen in some inflammatory gut disorders. The work sheds light on the complex relationship between the gut microflora and host metabolism. A Finnish study collected stool samples, diet information and clinical data from 91 pregnant women. The microbiome was more diverse during the first trimester with a profile similar to that for healthy individuals. However, by the third trimester the diversity was generally reduced and the relative abundance of Proteobacteria, which are associated with inflammatory conditions such as inflammatory bowel disease, was significantly higher. When the microbiota from the third trimester of pregnancy was transferred into germ-free mice, this induced pregnancy-like metabolic changes. Importantly, this work suggests that the host microbiota impacts host metabolism during pregnancy by promoting the storage of energy in fat tissue, which is beneficial to support growth of the foetus. However, in non-pregnant individuals this increases the risk of type 2 diabetes and is associated with disease states.
Cell doi:10.1016/j.cell.2012.07.008
Jessica Blair University of Birmingham 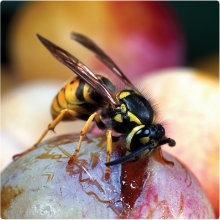 Wasps are an important reservoir and vector of many yeast strains, including Saccharomyces cerevisiae, according to a new study. Researchers recognised that yeasts found in nature, such as those associated with grapes, could be readily isolated from their environment during the warmer months. However, where the yeasts resided in the autumn and winter was unclear. The University of Florence research team suspected that wasps may carry yeasts in their gut because they fed on grapes and other fruits during summer. To test their theory, they isolated the microflora from the guts of hornets, wasps and honeybees from different locations in the Italian countryside. Wasps were found to harbour yeast strains during the winter, and actually transmit yeasts to their offspring. This work helps shed light on the natural history of yeasts, which remains poorly understood despite their importance in food and beverage production and molecular biology.
PNAS doi:10.1073/pnas.1208362109
Greg Potter Dalhousie University, Canada