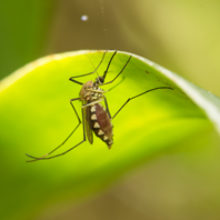 Arthropod-borne viruses (arboviruses) pose an increasing threat to both human and animal health worldwide. By definition, arboviruses are transmitted to susceptible vertebrates through the bites of haematophagous arthropod vectors such as mosquitoes, ticks, biting midges and sand flies in which active viral replication must occur. Over the last decades, and due to a variety of causes – environmental change, globalisation, animal trade, migration – numerous emerging/re-emerging arboviruses of medical and veterinary importance have expanded their geographic range and caused large outbreaks with significant impact in terms of both human and animal health.

Most arboviruses belong to the RNA virus families Flaviviridae, Reoviridae, Rhabdoviridae and Togaviridae and the order Bunyavirales. To date, the only known animal DNA arbovirus is African swine fever virus (Asfarviridae). Viruses with RNA genomes have a high mutation rate and can be associated with a broad host range (allowing them to efficiently replicate in vertebrate and invertebrate hosts) and high zoonotic potential. 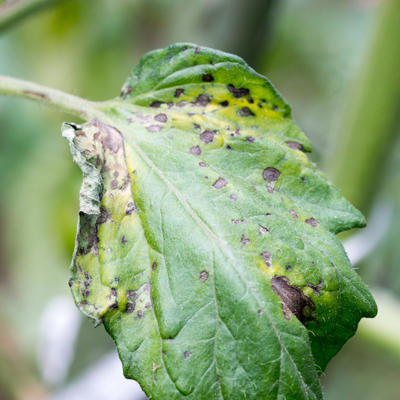 In humans (which are a dead-end host for many, but not all, arboviruses), arboviruses cause a spectrum of disease including:

(ii) A mild, febrile, self-limiting illness characterised by symptoms such as fever, myalgia, arthralgia and rash, for example Sindbis virus.

It is noteworthy that many of the symptoms are often associated with multiple viral diseases, making differential diagnosis challenging. Furthermore, in general, the most severe forms of disease are observed in a small percentage (1–2%) of infected individuals. However, many arboviral diseases incur a significant economic impact (hospitalisation, persistent sequalae etc.).

The ability of arboviruses to invade new territories depends on two major factors: the presence of competent vector species, which is affected by a multitude of factors that might also affect virus replication, dissemination and transmission, and the abundance of susceptible vertebrate hosts. It is not an exaggeration to say that arboviruses and their vectors have often dramatically changed the course of human history. A characteristic example is that of Aedes aegypti (often called the yellow fever mosquito), an anthropophilic mosquito which was introduced into (circa 1500s) and established in (circa 1650) the New World as a result of the slave trade from West Africa. A. aegypti is the major urban vector for yellow fever virus which has caused vast human outbreaks. More British and French soldiers succumbed to yellow fever infection than were killed in the battlefield, affecting the outcome of the American War of Independence. Later, the construction of the Panama Canal was interrupted as a result of a yellow fever outbreak. Most recently, A. aegypti has been associated with the spread of viruses with significant medical and socio-economic impact such as dengue, chikungunya and Zika viruses.

Ticks are competent vectors (and often a significant reservoir) for numerous arboviruses such as Crimean-Congo haemorrhagic fever, Huaiyangshan banyangvirus (formerly severe fever with thrombocytopaenia syndrome [SFTS] virus) and, most importantly for Europe, tick-borne encephalitis virus (TBEV). TBEV is transmitted to humans predominantly through the bite of an infected Ixodes ricinus tick. Annually, approximately 3,500 cases are reported in Europe and in recent years TBEV (now endemic in 27 European countries) has spread into new territories (northwards and to higher altitudes). This correlates with the introduction of I. ricinus ticks in these areas, a result of climate change. Transmission has a strong seasonality correlating with tick activity. Like other arboviruses, it is estimated that two thirds of TBEV infections are asymptomatic.

Arboviruses also have a major impact on domesticated animals of economic importance; an example of such viruses is bluetongue virus (BTV; Reoviridae) known to infect sheep, goats, cattle and deer. The geographical distribution of BTV is directly linked to the presence of competent Culicoides (biting midge) vectors. At present BTV is endemic in many tropical, sub-tropical and temperate regions of the world, between the latitudes 40°S and 53°N, with transmission occurring during times of the year that are optimal for vector activity. The effects of climate change are thought to have supported the expansion northwards of vector midge species (for example, Culicoides imicola) into new areas in southern Europe. BTV has also become established in Europe, which despite single serotype and short-lived incursions, was previously regarded as predominately BTV-free. Outbreaks of bluetongue disease can have a great economic impact, as demonstrated over the last two decades in Europe, where the emergence of BTV-8 and BTV-4 have caused overt clinical signs in cattle as well as sheep. As a World Organisation for Animal Health listed disease, restrictions of animal movements disrupt normal trade routes used by livestock industries, adding to the primary economic burden caused by the loss of productivity, death of production animals and the cost of control efforts.

In plants, a variety of arthropods, including aphids and thrips, have the ability to transmit viruses that pose a serious threat to vegetable crops. In many cases transmission is mechanical, but examples of ‘classical’ arbovirus transmission are known. A well-known example is that of the thrips-transmitted tomato-spotted wilt virus (Tospoviridae) that affects economically important crops such as tomatoes, peppers and lettuce.

As highlighted, the effect of arboviruses on life worldwide is immense, and it is impossible to predict when, where and which virus will cause the next big outbreak. Despite this, there is often inadequate surveillance and a substantial lack of data on epidemiology, arbovirus–vector–host interactions and within-vector dynamics to elucidate how these affect virus pathogenesis and transmission. To address these issues and to assess the emergence/re-emergence potential of arboviruses, it is imperative that further research in these areas is carried out. Finally, novel and more efficient methods for the control of arthropod vectors in the field are essential to limit the burden of arboviral diseases.

Rennos Fragkoudis is a Senior Research Fellow in arbovirus pathogenesis at the University of Nottingham. His research focuses on elucidating the interactions between arboviruses, their arthropod vectors and their vertebrate hosts, and developing novel intervention methods.

Barry Atkinson is a postdoctoral researcher at The Pirbright Institute. His current research focuses on methods to reduce the capacity for mosquitoes to transmit high-consequence viruses to humans.

Rennos: I always knew I wanted to be a biologist, but it was not until I had my first lectures on viruses as an undergraduate student that I decided to become a virologist (the movie Outbreak was out around that time too!). I found – and still find – microbes fascinating; some are so small that one is unable to see them even under a light microscope, but they can manipulate a host, evade the immune system and cause so much damage. I strive through my research to help reduce the impact of arboviral diseases on human and animal health.

What skills are required in your position on a day-to-day basis?

Rennos: As a virologist, other than the necessary laboratory skills, you need to develop a plethora of transferable skills such as the ability to effectively mentor, communicate and manage people, deal with funding and budgets, and disseminate the outcomes of your research through appropriate channels.

Thumbnail: Close-up of an Aedes aegypti mosquito on leaf. frank600/iStockphoto.