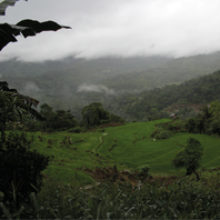 The World Health Organization (WHO) considers dengue to be the most important vector-borne viral disease affecting humans. The disease is widespread across tropical and subtropical regions of the world, with almost half of the global population living in affected areas and public health systems strained by epidemics of increasing frequency, severity and geographic reach. However, hyperbolic statements like these hide the true personal and societal impact of a disease, and I find a more human illustration of the importance of dengue in the public consciousness of affected regions to be the existence of a rock band called ‘Dengue Fever’.

Dengue is caused by four viruses within the Flavivirus genus in the Flaviviridae family, dengue virus (DENV) serotypes 1 through 4 (DENV-1, DENV-2, DENV-3, DENV-4). These viruses are grouped together based on antigenic cross-reactivity and the clinical manifestations of disease. On a sequence level the four dengue viruses are more divergent from one another than some other flaviviruses considered distinct species; and marked differences in the behaviour of different DENV serotypes have been observed at the molecular, cellular and epidemiological level. While there have been reports of a potential fifth serotype, the primary supporting data has yet to be published in the peer-reviewed academic literature.

DENV infects up to 390 million people each year, with one in four of these developing clinical signs of disease. Dengue fever is a self-limiting acute disease typified by severe flu-like symptoms, with fever, joint and muscle pain, severe headache, retro-orbital pain (pain behind the eye) and rash. These acute symptoms last approximately one week, but patients can continue to experience severe fatigue for over a month. A small minority of symptomatic patients (fewer than 5%) develop ‘severe dengue’, formerly and sometimes still referred to as dengue haemorrhagic fever (DHF) or dengue shock syndrome (DSS). The clinical manifestations of severe dengue can include vascular permeability, haemorrhage, plasma leakage, shock and organ failure. Severe dengue is fatal in 2.5% of cases if left untreated.

A major factor implicated in cases of severe dengue is the antigenic cross-reactivity between the four dengue viruses. Primary infection with any given DENV serotype results in life-long homotypic protection against symptomatic disease from that same serotype, but only temporary heterotypic protection against other serotypes. Notably, the chances of developing severe dengue are increased by the presence of non-neutralising cross-reactive antibodies, either during secondary infection with a different serotype or during primary infection in children harbouring cross-reactive maternal antibodies transferred through breastfeeding. These non-neutralising antibodies bind to the surface of the DENV particle and, upon recognition by Fc receptors, enhance viral entry into macrophages. Since macrophages are one of the cells in which DENV replicates, the result is an increased viral load in the patient, along with a dysregulated production of cytokines and chemokines thought to contribute to vascular permeability. Epidemiologically, one of the factors contributing to the increased number of severe dengue cases has been the global spread of all four serotypes, so that multiple DENV strains now co-circulate almost everywhere that dengue is present, increasing the chance that individual patients infected with DENV already harbour antibodies to a different serotype. It should though be noted that life-threatening dengue is also possible during primary infection, with additional contributing factors including patient age, as well as viral and human genetic differences.

The symptoms of dengue fever are similar to those of other diseases, including Zika fever, chikungunya fever and malaria, which complicates the clinical diagnosis of dengue. Diagnosis can be confirmed using laboratory tests, including reverse transcriptase-PCR (RT-PCR) for detecting viral RNA, and enzyme-linked immunosorbent assays (ELISAs) for detecting DENV-specific immunoglobulin M (IgM) antibodies or the viral protein NS1 in patient serum. Severe dengue is diagnosed by its clinical signs, including thrombocytopaenia, haemorrhagic manifestations and other signs of vascular leakage, leukopenia, liver damage, hypovolaemic shock and organ failure. It is not possible to predict which dengue patients will develop life-threatening complications, making treatment difficult and straining public health systems while large numbers of patients, many of whom do not develop life-threatening disease, are monitored in hospital.

There are no specific antiviral therapies available to treat dengue. Patients that develop severe dengue are treated with fluid replacement therapy to prevent hypovolaemic shock. While this supportive therapy reduces the case fatality rate from 2.5% to 1%, not all patients have access to the necessary medical facilities and expertise.

The first licensed dengue vaccine became available in 2015 and is designed to target all four DENV serotypes. The WHO considers this vaccine safe and protective in seropositive people who have experienced a prior DENV infection. However, the vaccine increases the likelihood of naïve individuals developing severe dengue disease upon primary infection with DENV. While this limits use of the vaccine to regions of high dengue endemicity, the vaccine is nevertheless a valuable tool for helping to reduce the global public health burden of dengue.

DENV is transmitted by the two mosquito species, Aedes aegypti and Aedes albopictus. Infection through blood-borne routes, organ transplantation and breastfeeding is possible, but the vast majority of cases result from mosquito-borne transmission. Ae. aegypti, known colloquially as the ‘yellow fever mosquito’, is the primary vector for DENV in urban settings, due to its close association with humans. This tropical mosquito species feeds almost exclusively on humans and prefers to breed in artificial containers, resulting in high mosquito population densities capable of sustaining DENV transmission cycles in the urbanised tropics. Ae. albopictus, known colloquially as the ‘Asian tiger mosquito’, is less closely associated with humans, but is highly invasive in many parts of the world and more cold-tolerant. For these reasons, Ae. albopictus is an important vector for DENV in rural areas and in subtropical environments. 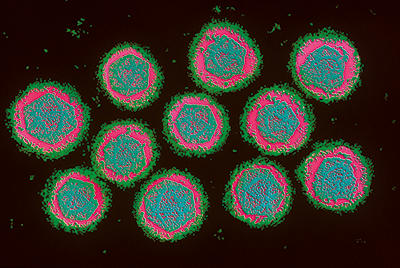 Prior to the availability of the vaccine, dengue control efforts largely focused on the mosquito vector. Insecticides have been effective at reducing mosquito populations to reduce DENV transmission, but with insecticide resistance on the rise, alternative approaches such as Wolbachia transinfection and genetic strategies for controlling mosquito populations (both covered elsewhere in this issue) are becoming increasingly important.

There is also an increasing interest in how virus–vector interactions contribute to the transmission and emergence of arboviruses like DENV. Mosquitoes are not simply mechanical vectors of DENV, but rather the virus must go through sequential cycles of replication in various tissues of the insect, including the midgut immediately after consumption of an infectious blood meal, and the salivary gland prior to the injection of virus-containing saliva into the human host. Factors such as viral entry receptors, vector immune responses and the vector microbiome (including the virome) have been shown to affect arbovirus replication and transmission. By gaining a better understanding of the interactions between arboviruses like DENV and their respective vectors, our lab and others aim to develop alternative methods of controlling the spread of arboviral diseases by modifying (genetically or otherwise) vectors to reduce their capacity for virus transmission.

Looking to the future

A better vaccine, specific antivirals and diagnostic tools for predicting which patients will develop severe disease are desperately needed. More work is also needed on virus–vector interactions, and how DENV is affected within individual patients, vectors and at an epidemiological level by the presence of, or coinfection with, other arboviruses with similar geographic distributions and vector specificities, such as chikungunya virus and Zika virus. With local DENV transmission recently observed for the first time in Spain and other southern European countries, it will also be important to understand how climate change will affect vector ranges, viral transmission and the geographical distribution of dengue.

Kevin Maringer graduated with a BSc in Medical Microbiology and Virology from the University of Warwick, and obtained a PhD in herpesvirus assembly in the lab of Gill Elliott at Imperial College London. He has worked on dengue virus–host interactions since his Sir Henry Wellcome postdoctoral fellowship, hosted by Ana Fernandez-Sesma (Icahn School of Medicine at Mount Sinai, New York, USA) and Andrew Davidson (University of Bristol), and now runs his own research group studying arbovirus–host interactions at the University of Surrey. Kevin has been a member of the Microbiology Society since 2009.

What is your greatest achievement to date?

I felt very privileged to be part of some great teams working on Zika virus during the early months of the recent outbreak in the Americas. At the time, very little was known about Zika virus or the disease it causes, and it felt like even relatively minor scientific advancements were making important contributions to help better inform patients and governments.

Seeing the students in my lab learn and grow as scientists is very special. It’s wonderful to share their excitement when they first get a technique to work, or when they generate their first piece of data.