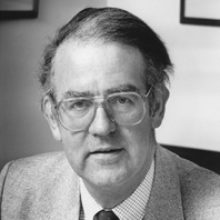 Professor Derek Burke, Honorary Fellow of the Society and President from 1987 to 1990, died in Norwich on 15 March.

Derek trained in natural products chemistry, at the University of Birmingham and then at Yale University, working on steroids and arabinosides. He returned in 1955 to the National Institute for Medical Research with the objective of determining the nucleic acid composition of influenza virus. He was supervised by Alick Isaacs in the Virology Division and James Walker in Chemistry and was clearly inspired by Isaacs who, with Jean Lindenmann, had just discovered the anti-viral protein interferon. During five years of research, Isaacs taught Derek virology, and when he took a Lectureship at Aberdeen University in 1960 he was able, with great energy, to establish a laboratory for virus and interferon research in the Department of Biological Chemistry.

Nine productive years later he was recruited to be founding chair of Biological Sciences at Warwick University. There, while building a new department, he retained his enthusiasm for research on interferon induction by viruses and antibody-affinity purification of the protein. He was elected to membership of the European Molecular Biology Organization (EMBO) in 1980 and was recognised as a world-leading expert in interferon research.

In 1982 he joined the largest biotech company in Canada, Allelix Inc., as Vice-President and Scientific Director, fulfilling an ambition to apply his scientific knowledge commercially. In 1986, Allelix separated its Agriculture and Pharmaceutical Divisions and the former was taken over by a US company.

Derek returned to the UK in 1987 to become Vice-Chancellor of the University of East Anglia (UEA) and his energy and enthusiasm were re-directed to the success of the university. By all accounts he transformed UEA. In 1989, he organised a major building programme for student residences and academic accommodation.

He strongly encouraged interactions between the university and the research institutes in Norwich and supported the development of a science research park next to the university. He promoted a site for the new Norwich hospital next to the university campus and the success of his bid was eventually an important factor in the establishment of a new medical school. Between 1987 and 1995 student numbers at UEA almost doubled and its research grant income tripled.

Throughout this period, Derek was involved in numerous advisory boards and committees outside the university. Notably, he was a member of the Health and Safety Executive Advisory Committee on Genetic Modification between 1987 and 1995, and of the Advisory Committee on Novel Foods and Processes of the Department of Health and Ministry of Agriculture, Fisheries and Food from 1989 to 1997. He was active in debate about the safety and ethics of GM foods and crops and was a member of the Archbishops’ Medical Ethics Advisory Group. On retirement in 1995 he continued in many of these positions and until 2001 he was specialist advisor to the House of Commons Select Committee on Science and Technology.

He received honorary doctorates from the Universities of Aberdeen and East Anglia, he was Deputy Lieutenant of Norfolk in 1992 and was awarded a CBE in 1994, richly deserved honours that recognised a lifetime of outstanding leadership and successful commitment to science, education and society.