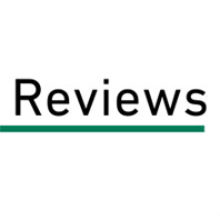 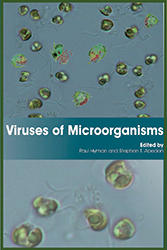 Viruses of micro-organisms (VoMs) are viral pathogens of single-celled bacterial, archaeal or eukaryotic organisms such as algae and protozoa. Collectively, VoMs are the most abundant yet overlooked species in virological research. Viruses of Microorganisms is a monograph edited by two prominent members of the International Society for Viruses of Microorganisms, Paul Hyman and Stephen T. Abedon, and collates the totality of VoMs research into a timely and compact volume.

In the introductory chapter, good-naturedly titled ‘Viruses of Microorganisms: What are They and Why Care?’ Hyman and Abedon introduce VoMs and succinctly explain some of the ambiguities of nomenclature within VoMs. Following this introduction is an examination of the genomics of VoMs along with evolutionary and higher-order genomic relationships by Evelien M. Adriaenssens. The bulk of the book covers the ecology and diversity of VoMs. As someone who uses metagenomic approaches to characterise virus communities, explanations of the ecological processes of VoMs in modifying microbial communities and descriptions of VoMs in marine or soil environments were fascinating and well-executed. Painstaking effort has also been put into providing the most recent understanding of VoMs diversity. Of note is the chapter on ‘Protozoal Giant Viruses’ which reproduces remarkable electron micrographs of these VoMs.

To round the monograph out, the final chapters cover broad biotechnological applications of VoMs, such as virus-mediated biocontrol, along with a comprehensive discussion of methods and approaches to study VoMs in aquatic environments.

Viruses of Microorganisms would be a valuable addition for scientists and postgraduate researchers working within microbial ecology and metagenomics and an at-hand reference for those considering potential biotechnological applications. 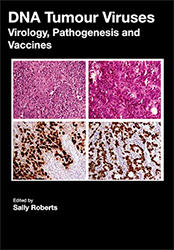 I thought the overall scope of this book was good; I appreciated that the chapters have illustrations, some more than others, as it helps to grasp the subject a lot faster. I found Chapter two, which discusses the biology of the human papilloma virus (HPV) life cycle, to be quite long and drawn out and feel it could be a bit more concise, but under the section of HPV transcription, I feel the author should elaborate on epigenetic modulation.

I did not think the first chapter set the tone of the book and found the chapter to be a bit lacking and failed to captivate the readers attention. Also, later in the book, the beginning of each chapter starts by discussing each virus in detail; therefore, I feel having the first chapter makes it a bit repetitive.

However, I did find the latter half of the book extremely interesting (chapter five onwards), where the authors go into discussing vaccines and their mechanisms. Vaccines are one of the most cost effective health investments to date and accessible to even the most hard-to-reach and vulnerable populations does not require any major lifestyle change. Therefore, I understand the authors’ point of view. 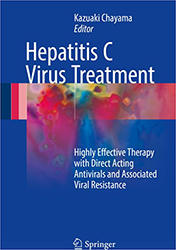 Compared to bacterial infections, very few viral infections can be treated effectively. Even in the case of HIV where we now have a very large number of antiviral drugs available, we are able to control viral replication, but we are still unable to eradicate the virus and cure the patient of the infection.

The majority of cases of hepatitis C virus (HCV) infection are persistent and are associated with chronic liver damage and a significantly increased risk of developing primary liver cancer, so there is a real need for a cure for HCV. There has been an evolution of treatments for HCV, from the use of interferon and ribavirin, which have proved to have limited efficacy and significant toxicity, to now, with the development of drugs acting directly upon viral targets, where we are seeing real progress in treatment and apparent cures of the infection.

This book describes the progress made with different generations of these directly-acting antiviral drugs. Unfortunately, this book leaps straight into presenting results of clinical trials, which could leave readers who are not so closely involved in this area somewhat confused. I believe that the book would greatly benefit from an introductory chapter highlighting the impact of HCV and the need for treatments, as well as a summary of the different generations of anti-HCV treatments that would help set the scene for the rest of the book. A chapter summarising the assays available for monitoring antiviral efficacy would also have been helpful.

Since the increased use of antimicrobial drugs is always associated with the increased development of drug resistance, this chapter should not only include assays for viral loads, but also those for identifying viral mutations associated with drug resistance. I believe that the book would have benefitted from a concluding chapter summarising the progress made in the treatment of HCV, and offering recommendations for use of these drug regimens in patients infected with different HCV genotypes. One would naturally expect such a specialised book to be expensive but at 75 pages for £82 (£64.99 for the e-book), this is very expensive indeed.