Wolbachia – basic science and applications of an antiviral bacterium 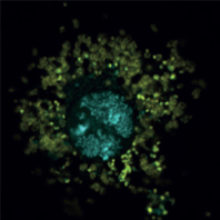 Mosquitoes cause a lot of human suffering – every year over one million people worldwide die from mosquito-borne diseases. Wolbachia, an intracellular, insect-associated bacterium, can protect mosquitoes from viruses and reduce their numbers. If mosquitoes are either virus-free or absent, they cannot infect humans. Therefore, Wolbachia holds a promise for the successful control of many mosquito-borne diseases.

As the applied use of Wolbachia and potential public health benefits have drawn a lot of media attention and research funding, the basic research which has led to these developments has often been forgotten. Wolbachia-conferred antiviral protection was initially discovered in the fruit flies, Drosophila melanogaster. Fruit flies were also the donors of an antiviral Wolbachia for the Aedes aegypti mosquito, the main dengue, Zika and chikungunya vector. The research on Wolbachia in and from Drosophila both founded and continues to inform the field initiatives. Applied Wolbachia research, aimed at using it to fight diseases, and the basic research, aimed at understanding how Wolbachia works, are not two separate worlds, but rather complementary programmes.

What is Wolbachia and how can it help?

Wolbachia is the most prevalent intracellular bacterium on the planet. It naturally infects most insect species, and it is transmitted from the mother to the offspring inside insect eggs. This microbe can spread through a population of insects through ‘cytoplasmic incompatibility’, where females without the bacterium are effectively sterilised by mating with males harbouring it. Wolbachia-infected females (that are immune to this sterilisation) can then produce more offspring every generation, and this is how Wolbachia increases in frequency. The likely mechanism of this phenomenon, relying on the Wolbachia-produced toxin and antitoxin, has been recently described based on studies in Drosophila.

In addition to cytoplasmic incompatibility, Wolbachia infection often alters the susceptibility of insects to viruses. Commonly, insects carrying Wolbachia are less sensitive to attack by a particular group of viruses. This group includes dengue, Zika, West Nile and chikungunya viruses causing human vector-borne diseases. However, how Wolbachia produces this effect is poorly understood. To understand the mechanism of Wolbachia-induced pathogen blocking we need to develop new research tools and techniques. Meanwhile, approaches using Wolbachia in the wild are in trials globally, with the aim to reduce the burden of arboviruses in humans.

Wolbachia-induced mating incompatibilities can be used to reduce the number of certain insects or even eradicate them completely. In this case, fewer-to-no mosquitoes means less-to-no disease. In practice, this strategy involves artificial rearing (in the laboratory insectaries and mosquito factories) and releasing Wolbachia-infected mosquito males, which mate with wild females, that then produce no offspring. If a sufficient number of incompatible males are released, the population of the disease vector may even collapse. This strategy was first applied in 1967 to eradicate the vector of filariasis in one village in Myanmar. The approach was re-established forty years later to target other diseases and mosquito species in French Polynesia and the USA.

Unlike pesticide alternatives, Wolbachia release does not damage non-target insects and leaves no environmental chemical residue that may harm human health. If mosquito populations cannot be eradicated, repeated releases, often year by year, can be performed to suppress populations. One challenge this strategy faces though is separating mosquito males from females on a large scale. This process is error- prone, and if enough Wolbachia- infected females are released, then the population suppression strategy will cease to work (as infected females can produce offspring with infected males).

As with many other breakthrough discoveries, the discovery of Wolbachia-conferred antiviral protection was first made in the fruit fly. After challenge with pathogenic viruses, Wolbachia-infected flies had lower viral load and survived better than their Wolbachia-free counterparts. Drosophila and mosquitoes are closely related, so shortly after the experiments from flies were repeated in Aedes aegypti, the vector of dengue, Zika, West Nile and chikungunya viruses. And with success: Wolbachia could reduce both viral load and transmission in mosquitoes. Pilot releases of Wolbachia-infected virus-resistant Aedes aegypti have now been undertaken in Australia, Indonesia, Vietnam, India, Sri Lanka, Brazil, Colombia, Fiji, Vanuatu, Kiribati and Mexico. Early data are encouraging, and the upcoming years will establish the success of these field trials. 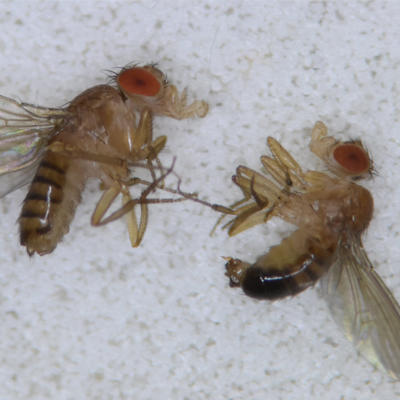 Drosophila is a great model to study mechanisms of pathogen blocking by Wolbachia. Flies, in contrast to mosquitoes, can be reared easily (for example, they can complete their life cycle in a single small vial, and they do not need to eat blood). They also do not try to bite you all the time! Further, as a natural Wolbachia host, Drosophila may be a good model to study the antiviral protection by itself, without all the additional effects observed in Aedes due to the recent Wolbachia transplantation.

Although the general mechanism of Wolbachia-conferred protection remains unknown, studying Wolbachia from Drosophila has taught us a lot about its applications in vector-borne disease control. 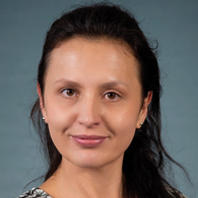 I gained my master’s degree in Biotechnology (Jagiellonian University, Krakow, Poland) and PhD in Host–Microbe Interactions (Instituto Gulbenkian de Ciencia, Oeiras, Portugal). Subsequently, I was an EMBO Fellow at the Max Planck Institute for Infection Biology (Berlin, Germany). Since March 2018, I have been working at the University of Liverpool, UK.

I am a child of a microbiologist and a biochemist. We had a lot of biology textbooks at home and I loved to visit labs, with all of the interesting machines, colourful science posters, and nice people. Beyond any doubt, my parents inspired me to become a scientist.

I hope more work will be done on the genomic dark matter – genes and proteins we know nothing about. Many of these are essential to keep cells alive. Others may have very specific functions in processes we cannot predict or imagine. I think a lot of fascinating biology is still out of our reach, and we need systematic approaches to address this at a large scale.