Archaea and the nitrogen cycle 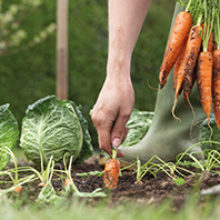 The ability of some archaea to contribute to nitrogen cycling processes has been known for many decades (albeit some of these organisms were not initially recognised as archaea). These included both assimilatory (e.g. fixation of atmospheric nitrogen) and dissimilatory (e.g. denitrification) processes. However, these reactions were associated with extremophilic archaea typically found in ‘exotic’ habitats such as hot springs or salt-saturated lakes, rather than major terrestrial or aquatic environments, and were perhaps not considered ecologically important in a global context.

In little over a decade, microbiologists have not only discovered that archaea perform nitrogen transformation in more ‘common or garden’ habitats, but also that these contributions are vast with respect to global fluxes, and have solved several long-established mysteries with regard to nitrogen cycling in the world’s oceans and soils.

The discovery of ammonia-oxidising archaea (AOA)

Nitrification is a central component of the global nitrogen cycle and involves the oxidation of ammonia to nitrate (via nitrite) by two groups of organisms: ammonia- and nitrite-oxidisers (although Nitrospira sp. performing complete ammonia oxidation to nitrate [comammox] have recently been discovered). Since the cultivation of ammonia-oxidising microbes in the 1890s by researchers including Percy Frankland, Grace Frankland, Robert Warington and Sergei Winogradsky, it was assumed that this biologically mediated process was dominated by the activity of specialised autotropic ammonia-oxidising bacteria (AOB). However, the discovery of ammonia-oxidising archaea (AOA) required a major re-evaluation of this process, and within a decade AOA were recognised as not only major contributors to this process, but are primarily responsible for ammonia oxidation in many environments.

From their discovery in the late 1970s by Carl Woese and George Fox, Archaea (then termed Archaebacteria) were generally considered as rather enigmatic curiosities – unique cell structures and physiologies certainly, but perhaps not contributing greatly to the major biogeochemical cycles of the planet, with the exception of methane generation in anoxic habitats. However, the use of molecular methodologies in microbial ecology in the 1990s not only led to the discovery of an unexpectedly vast diversity of novel bacterial phyla, but also resulted in the discovery of archaea in ‘non-extreme’ environments. The discovery of AOA arose from studies that aimed to understand the diversity and ecological function of one such lineage of uncultivated archaea, one that appeared to be related, albeit distantly, to cultivated sulfur-dependent hyperthermophilic Crenarchaeota. These ‘nonthermophilic Crenarchaeota’ were found to represent between 1 and 3% of all prokaryotic cells in soil, and rather astonishingly, approximately 20% of all prokaryotes in the ocean. A number of cultivation-independent studies provided tantalising evidence that these archaea used inorganic carbon, and metagenomics studies subsequently revealed that their genomes contained genes that were homologous to those encoding for ammonia monooxygenease found in bacteria. However, it was the cultivation of the archaeon Nitrosopumilus maritimus, isolated from a tropical marine aquarium in Seattle, that demonstrated that this lineage of nonthermophilic Crenarchaeota was apparently physiologically similar to AOB, growing autotrophically and oxidising ammonia as a sole energy source. Genome analyses subsequently revealed that these AOA were very different from the Crenarchaeota and belonged to a separate phylum, the Thaumarchaeota, and many representatives have now been cultivated from other environments including soil, the open ocean and terrestrial hot springs.

Archaea and the soil nitrogen cycle

AOA generally outnumber their bacterial counterparts in most soils. This was initially surprising as there were often no major discrepancies during comparisons of AOB growth rates in culture and modelled AOB growth and nitrification kinetics measured in soil. Many initial studies focused on quantifying AOA and AOB abundance in soil using the relative number of marker genes (a proxy for cell abundance) as an indicator of relative contribution to ammonia oxidation. However, this required assumptions that all AOA and AOB populations have similar substrate affinities, growth rates, cell specific yields and utilise the same sources of ammonia. In these respects, we now understand that there are major differences, both within and between AOA and AOB.

With an increasing global population, there has been a concomitant rise in fertiliser application rates since the mid-20th century. This has resulted in a grossly accelerated nitrogen cycle where more nitrogen is now added to the world’s soils in the form of inorganic nitrogen fertiliser than occurs ‘naturally’ through the activity of nitrogen-fixing bacteria. This has severe deleterious environmental consequences. Nitrate is leached much more readily than ammonium from soil, resulting in pollution of ground- and coastal waters, and provides the substrate for denitrification processes, a consequence being increases in emissions of the greenhouse gas nitrous oxide. Recent studies indicate that AOA may have two distinct ecological and physiological characteristics in comparison to AOB, which could be considered advantageous in attempts to mitigate nitrification-associated pollution. Firstly, while they can use added inorganic ammonium, AOA in many soils appear to preferentially use ammonium derived from mineralised organic matter, with AOB rapidly oxidising inorganic ammonium fertiliser applied at high concentrations. Secondly, while all ammonia oxidisers generate the greenhouse gas nitrous oxide as a by-product of ammonia oxidation, the yield per ammonia oxidised is approximately half with AOA. Therefore, using fertilisation strategies that favour AOA growth and activity (e.g. use of organic fertiliser) has the potential to dramatically reduce nitrification-associated pollution. 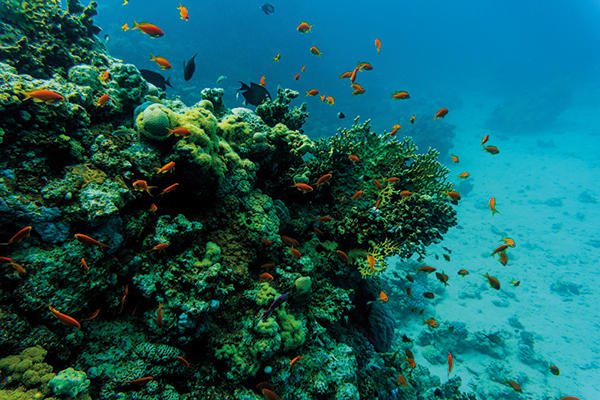 The open ocean has extremely low concentrations of dissolved ammonium. Measurements revealed substantial discrepancies between ammonia oxidation rates observed in situ and those of cultivated AOB, with the half-saturation constant for activity in the open ocean orders of magnitude lower. However, the cultivation of marine AOA possessing extremely high specific affinities for ammonia, together with molecular surveys revealing a numerical dominance of N. maritimus-like archaea, demonstrated that AOA are primarily responsible for ammonia oxidation in the open ocean.

The discovery of AOA also provided a possible explanation for the long-standing paradox of why high rates of nitrification are often observed in acidic soils without apparent acidophilic ammonia oxidisers. All cultivated obligately aerobic ammonia oxidisers isolated during the 20th century grow at neutral or near-neutral pH when grown in standard laboratory culture. Ammonia oxidisers, as described by their name, cannot use the protonated form ammonium as a substrate, and ammonia availability is largely determined by the pH of the surrounding environment. In many acidic environments, the equilibrium between these two forms is shifted so greatly towards ammonium that they could be considered, from a microbial perspective, essentially ‘ammonia-free’, and intuitively a rather unpleasant environment for any ammonia oxidiser. Nevertheless, high rates of nitrification are often measured in acidic soils, where ammonium is supplied through the mineralisation of organic matter. With the discovery of archaeal ammonia oxidisers and media enabling their cultivation, the obligately acidophilic archaeon Nitrosotalea devanaterra was isolated from a pH 4.5 soil at the University of Aberdeen in 2011, and provided the most parsimonious explanation of why nitrification can occur in acidic soils. The subsequent cultivation of other Nitrosotalea strains, together with surveys of acidic soils globally, indicates that Nitrosotalea are major players contributing to this process. Despite growing only in acidic conditions, physiological and genomic evidence indicates that these organisms oxidise ammonia and not ammonium, and may grow by transporting ammonium intracellularly before subsequent conversion to ammonia and oxidation.

Graeme Nicol is funded by the AXA Research Fund.