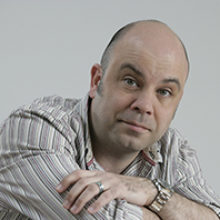 Frank Sargent is a Professor of Bacterial Physiology at Newcastle University, having relocated from Dundee in 2018. Half of his group studies bacterial anaerobic hydrogen metabolism – and nickel-dependent hydrogenases in particular. The other half are interested in protein secretion pathways used by bacteria. It is a molecular microbiology laboratory taking reverse genetics approaches, combined with biochemical and structural characterisation of gene products. Current research projects in the group are sponsored by BBSRC.

I was awarded the Fleming Prize a long time ago and back then I was working on quite different things than I am today. I started my own research group in 2000 after I was awarded a Royal Society University Research Fellowship. I had been working on the Tat export pathway as a postdoc and, as it was a brand new discovery, there was absolutely loads more to discover about it. I had this hypothesis that some bacterial twin-arginine signal peptides must have soluble binding-proteins that assist their function, so we had set about looking for some, finding some and figuring out how they worked. Because the research headed down an avenue of protein–protein interactions, we ended up doing loads of biophysical experiments – including nuclear magnetic resonance (NMR) spectroscopy and isothermal titration calorimetry (ITC). I really liked that level of protein biochemistry (no gene regulation in sight) and making new discoveries about the natural world is the best feeling in science. A couple of years after the Fleming Prize, external funding appeared to be drying up for that type of biochemistry, so it was a case of adapt or become an admissions tutor or something like that.

I therefore took a sideways step from bacterial Tat substrates, to Tat-dependent proteins involved in bioenergy – hydrogenases. I was lucky to find some enthusiastic collaborators in this area as well, and we are still working on bacterial hydrogen metabolism today. Hydrogenases are older than the dinosaurs and some can perform hydrogen-dependent carbon dioxide reductase activity. Harnessing this biological activity for carbon capture is our current biotechnology venture. Also, a few years ago I took a gamble and started a new project starting with a fishing trip (by the way, never an advisable approach for an early career researcher or anyone else for that matter). Luckily, we did catch something and ended up finding an unusual mechanism of protein secretion in Serratia marcescens. So back to protein targeting once again…

During your time in the field, how has technology helped it advance and where do you see it going next?

Technology development and discovery research go hand in glove. I’m much more of a user of technology than an inventor, but without collaborators’ development of software for automatic cross-peak assignment, my solution NMR experiments may not have been successful. Without miniaturisation of ITC instruments, then the amount of protein and ligand needed for this type of analysis would have been a barrier. Full automation of molecular microbiology should be next. There is some automation already, but it should take off properly over the next few years. Postdocs stood at the bench pipetting, cloning, sequencing and plating out might soon be a thing of the past. Design and order a mutant library from your armchair and inspect the results from the same.

What do you think the biggest unsolved mystery of the field really is?

It’s all a mystery to me still. In the metalloenzyme field you will find a cluster of four iron atoms and four sulfur atoms held together in a protein shell. How the midpoint potential (reduction potential) of that metal cluster can be controlled by the protein is not fully understood, not by me anyway. For bacterial genetics in general, there is still loads to be discovered. There must be at least 25% of all bacterial genes with no known function. That’s a lot of (automated) PhD projects.

If you were an early career researcher now, which emerging sub-field do you think you’d focus on?

I’d be studying synthetic biology and working at the interface of engineering, maths, biology and science fiction. Natural microbes made this planet, engineered microbes might save it.

That is almost a “what would you do differently?” question. I’m not sure I would have done anything differently career wise, before or after the Fleming Prize. Early career scientists should remind themselves why they like science in the first place: stay curious and follow your nose as a scientist – and keep working at the bench as long as possible. Research culture in the UK has moved on, or tried to move on, considerably since those days though. I think some Active Bystander training would have come in handy.

What did it mean to you to be awarded the Fleming Prize?

This was a really big deal at the time, but comes with a big dollop of imposter syndrome and general trepidation. The Microbiology Society was part of the culture of the lab where I did my PhD. As soon as I arrived as a student I was told, “join this society”; mainly because my supervisor didn’t have many travel funds, I think. So for years you’ve got the feeling that “better scientists than me have never won the Fleming Prize”. Looking down the list of previous winners, and seeing that they were all successful still, meant that maybe I too would actually have a future in scientific research. It also added some pressure. Looking back, it was also a lesson in how to be a decent mentor. I didn’t nominate myself. Bringing through the next generation of microbiologists is so important and I am grateful for the bosses and mentors I had in 2006 who took the time and effort to tap me on the shoulder and then nominate me. It’s important to support the best microbiologists you can find in your department – nominate them for everything from undergraduate prizes to the big Prize Medal.

Microbiology is the greatest of all the biological sciences, obviously. There is something there for all biologists, and beyond. Interested in the evolution of life on Earth? Or life on exoplanets? What are these infectious diseases anyway? And what are they doing to plants, animals and people? How do plants grow in soil again? And what do you mean your gut is controlling your mind? How can something so small generate such big data? Can we recycle all this waste or find new energy sources instead? Never mind all that for now – anyone for cheese and wine?