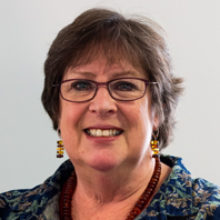 This is the second of two special anniversary issues of Microbiology Today, as 2020 marks 75 years since the founding of the Microbiology Society. A series of activities and projects have taken place this year to celebrate and highlight ‘Why Microbiology Matters’ (find out more on page 10). While the pandemic has forced some of these activities to change, it emphasises why microbiology matters to a wider audience and, just as importantly, why microbiologists matter.

We have individually faced a variety of challenges; be it time away from the lab, working in COVID-19 diagnostics or research, juggling caring responsibilities with work, teaching remotely, missing social interactions and many other changes to normal life. However, despite everything, the microbiology community is stronger, more active and more vibrant than I ever can remember it being. This fact (and the long days spent confined to the house) has led me to reflect on my life and my career, specifically on the challenges I’ve faced and how I’ve overcome them.

Growing up, I spent a lot of time on my grandparents’ farm on the Pennines. Both of my parents came from generations of Pennine Hill farmers, but my father decided to give his children every educational opportunity possible, letting us choose our own futures. I attended grammar school and was one of the few students that went on to university, having been offered a place at University College London (UCL) to study Microbiology. There, in between discovering all the capital had to offer (and meeting my future husband, John), my fascination with microbiology – specifically bacterial behaviour – grew. I went on to study for a PhD, supervised by David G. Smith, researching surface dependent morphological changes in the bacterium Proteus mirabilis.

There were no female senior Principal Investigators (PIs) and only three female graduate students in our department, so continuing a career in academia wasn’t an obvious option. However, Biochemist Patricia (Pat) Clarke, saw something in me and became a mentor. Pat encouraged me in an almost all-male environment and gave me some very insightful advice: don’t follow fashion, as fashionable areas are already full of ambitious men and you won’t compete; find something that fascinates you, make your own niche and stick to it. I had become fascinated by bacterial swimming behaviour, but, rather than use the model organism E. coli, I decided to investigate ‘decision making’ in the metabolically flexible Rhodobacter sphaeroides, which eventually led to setting up my own lab working on the new field of motility and chemotaxis.

After further encouragement from Pat, I was awarded a Lister Fellowship and three years later started a lectureship at the University of Oxford – something I never thought I would get when applying – where I continued my work on R. sphaeroides motile behaviour. I became a working mother of two at a time when there was no official maternity leave or nursery provision, but my children tell me they had a happy, stable (if rather odd) upbringing, and both are now scientists.

The above very briefly summarises the work of over 40 years, over 40 graduate students and over 40 postdocs! It may seem like it was plain sailing, but there were numerous rejected grants and papers along the way and a lot of sceptical and increasingly aggressive, personal reviews as I became more established and successful, which often led me to question whether I should be where I am. I now have enough self-confidence to believe comments such as “If you can become an FRS, anyone can” and “It is only because they have quotas for women” reflect on the writers and I do deserve what recognition I have, and I have contributed a tiny amount to our understanding of how bacteria function, but it took time and a supportive peer group to get here.

You can read more details about my career, the challenges I’ve faced along the way and what I’ve learnt over the years in two posts I wrote for the Society’s blog (microb.io/blog), Microbe Post.