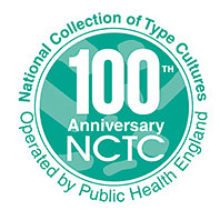 The National Collection of Type Cultures (NCTC) is the custodian of bacterial strains that represent the work and collaboration of numerous scientists spanning almost 150 years. Consisting of almost 6,000 strains from over 850 bacterial species, each strain has its own unique history.

The majority of the NCTC collection is composed of clinically and veterinary relevant type and reference strains, such as controls recommend by international bodies (World Health Organization and the European Committee on Antimicrobial Susceptibility Testing, EUCAST) for use in diagnostic assays. However, many of the NCTC strains see a great multiplicity of uses and some are cultural artefacts that reflect and contextualise human history throughout the 20th century.

NCTC was founded under the direction of the Lister Institute of Preventative Medicine and Medical Research Committee in January 1920. Set up to support the provision of micro-organisms, the initial nucleus of the collection was composed of a private collection already established within the Lister Institute; however, NCTC soon saw additional strains being donated by other bacteriologists from within the UK and abroad. Early recipients of NCTC strains were scientists who were eager to understand the nature of infectious disease, but who were disadvantaged by the lack of availability of authentic strains upon which to conduct studies and a reliance on serendipitously finding other bacteriologists with which to collaborate. Whilst some older, 19th century, privately owned strain collections had provided this function in part, such collections were vulnerable to extinction due to retirement, departure or death of key individuals such as their curators, as happened to the Kral Collection, based in Prague.

The remit of NCTC over the last 100 years has remained largely unchanged: the provision of authentic bacterial strains to scientists and to ensure the preservation of the strains for future generations. The conservation of strains donated by NCTC depositors is of paramount importance, not only because changes affected by repeated passage can cause the strains and functions to deteriorate, but also because they often represent significant scientific achievements on the part of the depositor. This is perhaps best reflected in the dozen or so strains deposited by Alexander Fleming in his lifetime. These strains include NCTC 2665 Micrococcus luteus, the type strain on which the description of the species is based, and NCTC 6571 Staphylococcus aureus, a strain originally adopted into use during the penicillin trials of the 1940s and subsequently distributed as a test organism to assay concentrations of therapeutically viable penicillin. That these strains were made available to others is invaluable in its own right, while the scientific legacy of Fleming (and indeed numerous others) has been preserved in NCTC.

Some of the older strains within NCTC serve as both a biological and anthropological historical record. Vibrio cholerae NCTC 30 and Shigella flexneri NCTC 1, both from soldiers who fought in the first world war, have been relatively recently re-examined using whole genome sequencing, and both tell interesting stories of what human and microbiological life was like, more than 100 years later. Curatorial bias, as with almost any collection of anything, has certainly shaped the make-up of NCTC; from microbial systematists concerned with the classification and discovery of existing and new bacterial species, taxonomic dissection of the genus Propionibacterium (now Cutibacterium), to clinical microbiologists curating in advocacy of research into emerging and more neglected infectious disease, evidenced in the variety of strains that compose NCTC’s repertoire of contemporary Neisseria gonorrhoeae, Enterobacteriaceae and antimicrobial resistant isolates. Alongside a host of collaborators and depositors, it is the enthusiasm and expertise that fuel these predispositions that enable NCTC to realise its potential in healthcare science and beyond.

NCTC is operated by Public Health England and is celebrating its centenary year. We, the current staff and prior custodians of NCTC, feel immense pride in having played our part in maintaining this living library of cultures, and in facilitating collaborations between depositors and other microbiologists in all avenues of science and industry, as diverse as the collection itself, throughout the next 100 years.