Mycotoxins, food security and climate change: do we know enough? 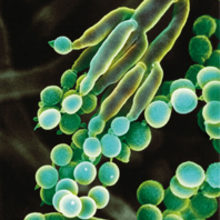 Filamentous fungi are ubiquitous in the environment. They produce millions of spores that allow them to colonise almost all natural habitats. Indeed, they are essential components of the cycling of nutrients in the environment. They can produce a battery of enzymes that allow them to colonise surfaces including humans, animals, food and building fabric. They have both positive and negative impacts on our daily lives. On the one hand, they have been utilised successfully for the production of antibiotics, pharmaceutical metabolites, industrially and medically useful enzymes and, of course, as food. Mushroom production is probably the most successful and economically important exploitation of filamentous fungi. On the other hand, both yeasts and filamentous fungi are responsible for significant economic losses because they cause human and animal diseases. Their spores are responsible for human allergies, cause plant diseases and attack man-made materials, especially building materials under damp conditions. Who has not heard of athlete’s foot, thrush, dry rot, or observed the rapid fungal decay of woody materials?

Discovery of mycotoxins and their importance

In the early 1960s, the death of hundreds of thousands of turkey chicks prior to Christmas resulted in an investigation of the probable causes. The turkey feed was identified as the culprit and, after chemical analysis, it was shown that certain secondary metabolites produced by a contaminant filamentous fungus were toxic, and aflatoxin was identified. The fungus responsible was found to be Aspergillus flavus. This stimulated scientific research into this area, with the term mycotoxins coined for any toxic secondary metabolite, naturally produced by fungi. Subsequently, aflatoxins were shown to be the most toxic naturally-produced compound in food and were classified as a class 1A carcinogen by the International Agency for Research on Cancer. Thus, the turkey chicks had probably died from liver failure. This resulted in a surge of interest to discover whether other mycotoxins naturally produced by moulds might be present in different food commodities.

Over the last five decades, it has been shown that cereals, nuts, spices, dried fruits, coffee, cocoa, fruit juices, grapes and red wine may all contain mycotoxins produced by filamentous moulds under warm and humid conditions. The mycotoxins of importance from a food safety perspective include aflatoxins (B1, B2, G1, G2 and M1), ochratoxin A, patulin, fumonisins (B1, B2, B3), type A (T-2 and HT-2 toxin) and type B trichothecenes (deoxynivalenol and its derivatives, nivalenol) and zearalenone. They are very heat stable and survive processing, and thus are very difficult to destroy. These mycotoxins are produced by Aspergillus, Penicillium and Fusarium species.

They have attracted attention because of their adverse health effects on humans and animals. Aflatoxins, especially aflatoxin B1, is genotoxic, i.e. can damage DNA, and causes liver cancer in humans and animals. The most recent serious outbreak reported is of school children in rural Kenya who had consumed mouldy maize. This resulted in about 150 fatalities and up to 500 children being hospitalised because of acute exposure to aflatoxins. Other mycotoxins have a range of health effects including kidney damage, gastrointestinal impacts, reproductive disorders or suppression of the immune system. The WHO/JECFA committee has used available data to establish a tolerable daily intake (TDI) level. This is an estimate of the quantity of mycotoxin that someone can be exposed to daily over a lifetime without it having a significant risk to health. The intake of raw or processed food commodities will vary in different regions of the world. For example, maize is a staple food in parts of Africa, while in Europe it may be used predominantly as a small part of the daily diet. Thus, in terms of consumer safety, this complicates the exposure assessments. The European Union has the strictest legislative limits worldwide for mycotoxins (see Table 1). This affects food production within the EU and imports from other countries. Indeed, it has been shown that in 2014, at the EU borders, from the overall rejections of food/feed commodities for human and animal use, 35% were due to mycotoxin contamination levels above the legislative limits (Rapid Alert System for Food and Feed, RASFF). 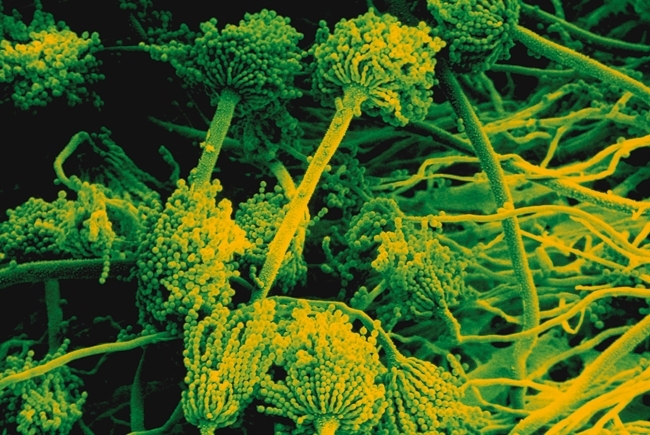 The development of minimisation or prevention strategies has focused research on mycotoxins for many decades. These have to be considered in the context of the production of many food/feed commodities in tropical and sub-tropical climatic regions. The temperatures and relative humidities are conducive to the growth of mycotoxigenic moulds and toxin contamination during pre-harvest growth of crops and post-harvest, where drying and storage are relatively difficult to manage. While prevention is better than cure, this is often very difficult in such environments.

It is important to understand the optimum and marginal boundary conditions of temperature and relative humidity for growth and mycotoxin production, especially by the key species (Aspergillus, Penicillum and Fusarium), as it can provide the platform for minimisation strategies. This type of data has been used to dry and store food/feed commodities under conditions which do not allow colonisation and mycotoxin contamination by these moulds, especially during storage and subsequent downstream processing, e.g. flour, pasta, fruit juice, dried fruit, nut products, coffee and cocoa processing.

Minimisation strategies have included the use of relatively resistant cultivars (where available), effective pre-harvest Good Agricultural Practices, timing of application of chemical or biological control treatments for pests/fungal infection, and prevailing weather conditions. Hygiene issues, in relation to both pests and mould contamination, are critical during medium and long-term storage and during transport of food/feed commodities. In a global market, these are transported over long distances through different climatic conditions. Many food products are hygroscopic and can easily absorb water and allow mycotoxigenic moulds to grow, and perhaps increase contamination and compromise quality. It has also been shown that storage under marginal conditions, which allow these toxic moulds to grow, will cause quality and nutritional losses, as well as result in rejection for food use. Often, only a small change in dry matter (<0.5%) can result in contamination with mycotoxins above the legislative limits.

The problem of mycotoxins varies with season and is very unpredictable in temperate regions of the world. Thus integrated approaches to combine different types of environmental and crop data, pre-harvest and post-harvest, have now been taken to try and provide an early warning of the relative risk of specific mycotoxins, to try and minimise contamination in food and feed chains.

There are many reports which have shown that predicted changes in weather patterns in different regions of the world will impact on agricultural sustainability. For example, in Europe, southern Europe is considered to be a hot spot for climate change (CC), where combined changes of elevated CO2 (x2 existing levels), increases in temperature (+2–4oC) and rainfall/drought extremes will have negative effects on food production. Similar impacts are expected in parts of North and South America, e.g. Brazil, and Africa and Asia. This could compromise food security and availability.

A report by the European Food Safety Authority (2012) showed that cereal crops will ripen much earlier in the season in the future than at present and this could result in the potential for additional impacts of pests and diseases, which could increase the prevalence of mycotoxin contamination and affect yields and cereal quality. Indeed, in southern Europe and the Balkans, extremely hot summers have already resulted in changes in the maize cultivation ecosystems, resulting in a switch from contamination with Fusarium species and fumonisin mycotoxins to A. flavus and aflatoxin contamination, which exhibits a much higher toxicity. This has impacted on feed quality and the risk of entry of aflatoxin M1 (a conversion product of aflatoxin B1 from feed) into milk and thus the dairy production chains. Recent studies at Cranfield University suggest that under CC conditions, A. flavus will grow in a similar way on maize-based substrates or maize grain but that aflatoxin B1 production will be stimulated. This could have profound implications of mycotoxin contamination of cereals.

Recent global predictions suggest that pests and fungal pathogens are moving at the rate of 5–6 km per year from the equator to the poles. In addition, the diversity of pests and diseases will increase, impacting on sustainable food production. Under these new conditions, there are risks of mycotoxin contamination increasing in certain regions which are considered to be ‘bread baskets’ for food production. This will be linked to increased mycotoxin contamination due to increased pest damage. Increased contamination levels may occur of existing mycotoxins, or emigration of other mycotoxins may occur to new regions where they were not previously prevalent. Potential also exists for new mycotoxins occurring for the first time because of extreme stress of CC. This could have profound impacts on food sustainability in many regions of the world, with developing countries taking the brunt of the impacts, possibly resulting in negative social consequences.

Battilani, P. & others (2012). Modelling, predicting and mapping the emergence of aflatoxins in cereals in the EU due to climate change. www.efsa.europa.eu/en/supporting/pub/223e

Vary, Z. & others (2015). The severity of wheat diseases increases when plants and pathogens are aclimatised to elevated carbon dioxide. Global Change Biol 21, 2661–2669.