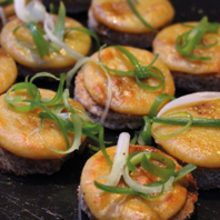 ‘Menus Made By Microbes’ was the first in a series of events designed to give micro-organisms a more positive image by raising awareness of their value in food production, food preservation and nutrition. The event was inspired partly by previous events hosted by the Microbiology Society and the Society for Applied Microbiology at the Cheltenham Science Festival – the former hosting a sit-down menu, the latter focusing on cheese and wine.

Over the next 12 months, microbiologists at Manchester Metropolitan University will be hosting events that encourage different audiences to enjoy some wonderful and diverse foods whose origins or processing we owe to micro-organisms. What better way to learn than through eating! 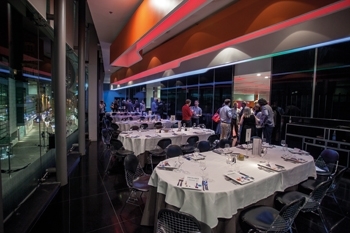 The first of these events took place during Manchester Science Festival, in the Harvey Nichols restaurant in the Manchester store, and was directed at an adult, ‘gastronaut’ audience. Preliminary planning involved microbiologist Professor Joanna Verran working with nutritionist colleague Haleh Moravej, who founded the hugely successful MetMUnch, student-led social enterprise at Manchester Metropolitan University, and chef Richard Fox, award-winning writer, cook book author and chef presenter, also known as the ‘beer chef’. The team designed a wonderful high-class menu that presented a fantastic range of food. Richard worked with the chef at Harvey Nichols on the design and delivery of the different courses. The resultant five-course menu utilised a range of foods that owed their nature, flavour, smell, nutritional value and/or texture to micro-organisms. Wines were donated by Alliance des Crus Bourgeois du Medoc, and were served at table along with the food by the waiting staff. 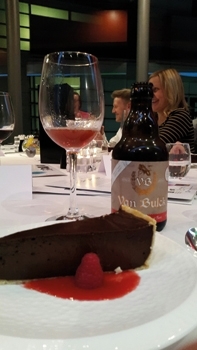 Each table of 10–12 was hosted by a microbiologist, a nutritionist, or the chef. Almost 50 members of the public attended the evening, including members of the development team for the City of Science programme. The evening began with a drinks reception and vertical canapés before guests went to their tables. Jo and Richard turned out to be an excellent comedy duo, providing an entertaining discussion/demonstration addressing many aspects of the microbiology that had contributed to the menu and accidentally highlighting some of the misconceptions around different types of micro-organisms. Subsequently, additional courses and wine were served at table, and diners were free to discuss the menu, the microbiology – or whatever they wished – with one another, and with their hosts. All diners were invited to keep their menu cards, provide feedback, and take with them a gifted ‘Mind your Microbes’ fridge magnet.

Feedback was plentiful and positive. The quality of the food and the service was complimented, as was the expert but informal and entertaining ‘double act’ of microbiologist and chef. The nature and content of discussion at table varied, but always included some microbiology. 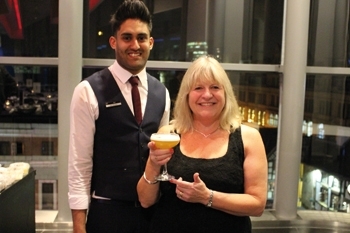 Our next event will take place in March, during British Science Week, and will focus on a ‘Ploughman’s lunch’ – bread, pickles and cheese alongside some beer. In July, during the celebrations for Manchester European City of Science, we will host a World Family Picnic, encouraging picnickers to bring as many diverse fermented foods as possible to the party. Our final event, in September, will be a street food event, focusing particularly on Asian-style, stir-fry type foods.

We would like to thank the Microbiology Society and the Society for Applied Microbiology for sponsorship of the event.

Please visit the Menus Made By Microbes website for more information.

*Recipe from Microbes on the Menu, published by the Microbiology Society