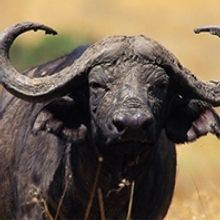 Rinderpest, aka ’cattle plague’, was with us for at least 2,000 years. Over the centuries, the rinderpest virus (a morbillivirus, closely related to the human pathogen measles virus) killed uncounted millions of cattle and buffalo in Asia and Europe. When it was introduced for the first time into Africa in the late 19th century, it killed ~90% of the cattle and buffalo on the continent in the ensuing 20 years.

Now, after many decades of hard work across Africa, the Middle East and Asia, rinderpest has been declared eradicated (in 2011); there has not been a case of the disease, anywhere, for more than 15 years. There is no doubt that this was a great achievement. It is only the second viral disease ever eradicated, following on from the elimination of smallpox from humans in the 1960s and 70s. There was much celebration and mutual back-slapping, within both the small (but select!) band of livestock virologists and the global veterinary community in general. 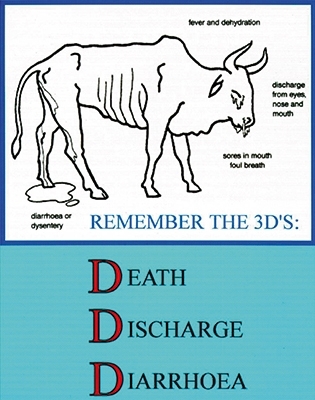 Much has been written since as to how rinderpest virus was eradicated: the various contributions of vaccines; diagnostics; the building up and co-ordination of national veterinary services; community education; surveillance; epidemiology; and so on. It is fairly easy to show that rinderpest fits the main criteria for an eradicable disease, with interruptible transmission (either by slaughter or vaccination) and ready diagnosis (“The three Ds: discharge, diarrhoea and death”). Although there was concern as to whether wildlife formed a reservoir of infection (as is the case with foot-and-mouth disease virus, for example), this turned out not to be the case, and stopping rinderpest in livestock also stopped it in susceptible wildlife species (giraffe, wild buffalo, various antelopes). It was also easy to calculate that it would be economically worthwhile to eradicate the disease, since the cost of eradication (spread over 20 years or so) was always going to be less than the savings that accrue when the disease is gone, vaccination and surveillance don’t have to be done any more, and the downstream benefits of improved cattle productivity and trade kick in. With those factors in place, it became a matter of the political will to fund the work, and the effort of organising many people in many countries to carry through the programme, efforts that largely fell to the World Organisation for Animal Health (OIE) and the United Nations’ Food and Agriculture Organization (FAO).

The effort was clearly worthwhile, and the OIE and FAO liked the feeling so much that they have decided to do it again, with another morbillivirus, peste-des-petits-ruminants virus (PPRV), which causes severe disease in sheep and goats, and is set for eradication by 2030 if the funding can be found.

An interesting question is why, given that rinderpest and measles viruses are each other’s closest relatives, and that the current vaccines for both appeared at about the same time (the early 1960s), measles hasn’t gone the same way? Measles caused >134,000 deaths in 2015, and that is after vaccination has reduced global mortality by 90%, yet there has been a reluctance to set global eradication of measles as a target, and it only explicitly entered the strategic plan of the World Health Organization (WHO) in the last five years; prior to that the aim was ‘only’ a continued reduction in measles-related mortality.

One reason, in fairness, is that rinderpest efforts started earlier: the first rinderpest vaccines were grown in goats and rabbits in the 1930s, and people were used to the idea of rinderpest vaccination by the time the tissue culture-grown vaccine came along. Another is that measles is just much harder. It has a basic reproduction number (R0; the number of secondary infections that come from a typical infected individual) of around 15, while that for rinderpest is around 5. This means that we could get away with immunisation levels of around 80% for rinderpest, but we need >95% to interrupt measles transmission, which means at least two vaccination opportunities per individual. There continue to be gaps in vaccination coverage in different regions, whether because of socio-political problems with local distribution (by which I mean war and terrorism) or media-induced fear of the vaccine.

Nonetheless, there have been no scientific barriers to measles eradication since the vaccine was introduced. The same could be said of polio, where the main hindrances to eradication have again been socio-political. Perhaps, for these and other human diseases which are biologically open to eradication, an important step will be applying a really important lesson learned in rinderpest eradication: that it only really happened when a specific date was set, a finishing line that everyone subscribed to and worked towards. It is not enough to say “We should do this”, we need to say “We should do this now”.