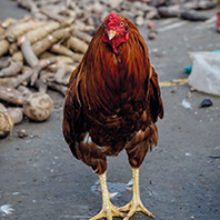 I currently live in Vietnam, working at the Oxford University Clinical Research Unit, which is located in the Hospital for Tropical Diseases in Ho Chi Minh City. Vietnam, and more broadly Southeast Asia, is one of the most densely populated areas of the planet and presents some unique challenges for understanding how we prevent the emergence and spread of infectious diseases.

Zoonotic diseases that pass from animal to human are an international public health problem regardless of location – being infected with Campylobacter from eating undercooked chicken in the UK is not uncommon, for example – but in lower-income countries the opportunities for such pathogens to enter the food chain are amplified.

In Vietnam, and across the region, humans have a very different way of interacting with animals being bred for food than would be familiar to those in the UK. If one were to travel to the Mekong Delta region (in the south of Vietnam) it would not be uncommon to see people who keep a large variety of farm animals in, or in close proximity to, their houses. Indeed, in rural areas many humans have daily contact with animals, such as water buffalo, that those of us in the West would rarely experience in our lifetime. Furthermore, the practices and traditions that exist here provide ample opportunities for pathogens with zoonotic potential to infect humans. It comes as little surprise that in a country where raw pig blood and pig uterus are commonly consumed, the number one cause of bacterial meningitis is Streptococcus suis, a colonising bacterium of pigs.

The major problem of researching emerging infections is predicting how they arise and how we respond to them once they do. For example, we have been working with other groups in and out of Vietnam to study the trade in rice field rats (Rattus argentiventer), which are a culinary delicacy in parts of the Mekong Delta region. The route from rice field to restaurant begins with rat catchers who cross the border from Vietnam into Cambodia in the early hours of the morning. They walk across the rice fields that scatter the border and aim to catch the rats, which are caged and brought back to their houses. The live, caged rats are transferred to a large central market for dawn and are butchered, often alongside other animals, before being sold by the kilo to restaurants or individuals. This gives an idea of the opportunities that exist for an infectious disease to be transported across borders and around countries – within a few hours these rats will have travelled over 100 kilometres and come into contact with multiple people. 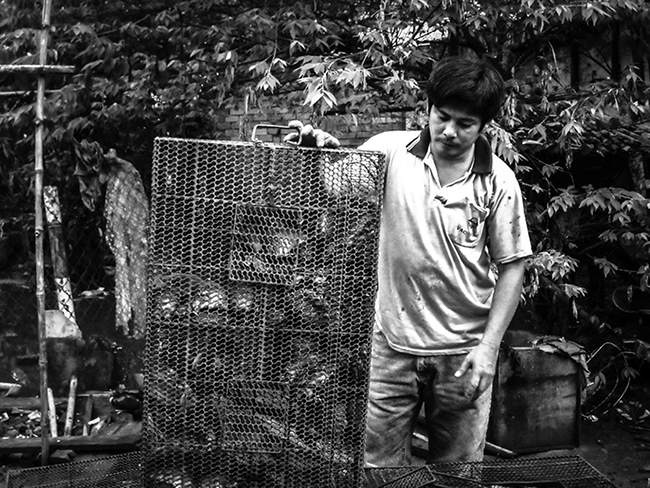 Given the complexity of zoonotic disease emergence and transmission, it is very rare that an outbreak can be traced back to the first identified human or animal case – known as the ‘index case’ and this remains a substantial challenge. A lack of effective health and surveillance infrastructures in many lower income countries compounds this issue, as we are wholly reliant on individuals entering the healthcare system and getting diagnosed, which seldom happens.

The ideal scenario is that we can identify new pathogens with zoonotic potential in animals prior to them spilling over into humans. However, if we cannot achieve this we need to be aware of their existence and be able to respond by treating people effectively once they are infected. This means rapidly identifying patients with a particular infection, assessing the severity of their condition and diagnosing the agent. Therefore, having sentinel hospitals with well-trained clinical staff, good diagnostics and microbiology facilities is the best opportunity we are going to have to detect diseases.

The most recent example of this is a case of Trypanosoma evansi infection – a protozoan disease of animals and, rarely, humans – that we identified in a woman attending our hospital with an atypical disease presentation. Ultimately, we were able to trace this infection back to her cutting herself when butchering a buffalo in her family house during New Year celebrations – this was the first reported human case of T. evansi in Southeast Asia. Our ability to interact with animal health authorities permitted access to sampling bovines in the proximity of the patient’s house. We found a very high prevalence of the parasite in the blood of cattle and buffalo local to where the woman lived, highlighting a new zoonotic infection in the region and likely a sustained risk. A further example is an ongoing outbreak of brucellosis, something that had never been observed or reported in the south of Vietnam in the 25 years that our research unit has been studying infection. We have had 10 cases in less than six months, all from a province close to Ho Chi Minh City where backyard farming is common. We are currently investigating the zoonotic exposure in these cases and working with local authorities to control the spread.

Diagnostic information has also been vital in data we published detailing an outbreak of fluoroquinolone-resistant Shigella sonnei. The reason we found this organism was that one of my clinical colleagues was culturing organisms from children with severe diarrhoeal disease, and realised that these samples had come from children who had been admitted to hospital with a more persistent form of the infection, and several appeared to relapse with the same syndrome. When we investigated the antimicrobial susceptibility profile of the isolated Shigella, we observed that the bacteria were highly resistant to fluoroquinolones – the antimicrobials that are used routinely to treat this infection in Vietnam (and indeed globally). We then conducted more clinical and laboratory investigations and found more cases in Vietnam and further afield. Through genome sequencing and a group of international collaborators, we could accurately piece together the emergence of this novel strain into Vietnam, other parts of Asia, Europe and Australia. 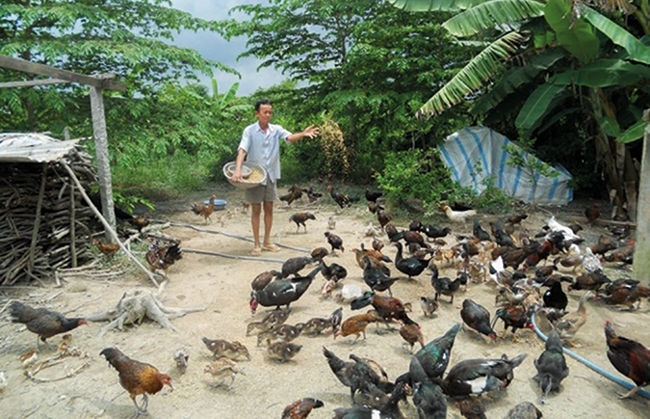 These finding were largely serendipitous, but if you are not looking then you cannot find. Unfortunately, this approach is not a long-term strategy for monitoring and preventing the emergence of such pathogens. Sadly, the infrastructure improvements and long-term health studies that are needed to achieve a more sustainable model in lower income countries are an expensive undertaking, but without them healthcare improvements and changes to infectious disease policy will be difficult to achieve.

A good example of where long-term healthcare data collection is making a difference to our understanding of disease emergence is in a project I am currently involved in with our sister unit, the Oxford University Clinical Research Unit in Nepal. Our host hospital (Patan Hospital in Lalitpur) in Kathmandu has made meticulous records of every organism they have isolated from the bloodstream of patients over 25 years. These data, collected systemically using the same methods, are revealing some very interesting patterns. They describe in exquisite detail how drug resistance has arisen in community-acquired Gram-negative pathogens over the past 10 years, which have become the dominant infections in this location. Without having some form of well-described longitudinal data we are only ever looking at time-stamped snapshots and are left largely second-guessing what the most important emergent pathogens are, and how we treat and control them.

All the examples of emerging infections (and the two locations) presented here are different. There is no ‘one-size-fits-all’ approach for best studying how pathogens emerge and how we can prevent them. We are trying to identify common traits for their emergence, but we are still some way from understanding the entire complexity of a single disease, let alone a group of them. However, while there are gaps in our understanding of how diseases emerge, we have some models in how we can stop them. To date, only two infectious diseases have been eradicated – smallpox in humans, and rinderpest in animals – and both were eradicated through the use of extensive vaccination campaigns. However, we are lagging behind in the development of new vaccines for emerging diseases, and there are numerous challenges to overcome in terms of vaccine design, testing, licensing and implementation. If a researcher were to find a potential vaccine target, it could take over 10 years to produce something useful. What we need to do better is develop a pipeline that allows us to identify specific aetiological agents and quickly turn them into vaccines. Imagine if there was a human Brucella vaccine – given that we know where the outbreak is in Vietnam, we could quickly vaccinate the at-risk population relatively quickly and curtail the ongoing outbreak.

Vietnam has changed beyond recognition since my arrival in 2007. Huge economic investment and political stability has had positive effects on healthcare in the country, and across the region. However, many challenges remain; a growing population, increasing demands for animal protein and the looming cloud of antimicrobial resistance in everyday pathogens suggest that Southeast Asia will continue to be a key region in driving global health security.

Stephen Baker is a Sir Henry Dale Fellow, jointly funded by the Wellcome Trust and the Royal Society (100087/Z/12/Z). Pictures were provided through a Wellcome Trust public engagement in science grant named ‘Health in the Backyard’ to Mary Chambers at Oxford University Clinical Research Unit in Vietnam.