Why virus taxonomy is important 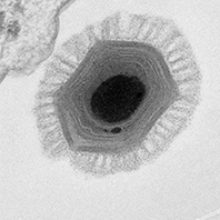 Classifying things was once the epitome of science. Nowadays many scientists think that taxonomy — the science of classifying and naming things — is an endless series of arguments about what things should be called; an unproductive, boring pursuit that is impossible to fund and a disaster if you want an academic career. Here is why this viewpoint is wrong.

The ordering, or classification, of organisms is based upon the premise that there is an evolutionary relationship among them. This does not mean that we cannot use a variety of characters (such as genetics, morphology, immunogenicity) in our classification system but, especially in the age of metagenomics and high-throughput sequencing, genetic characters have become predominant. Most depictions of evolutionary relationships are now ‘phylogenetic trees’ based upon analyses of DNA, RNA or protein sequences.

But having inferred a phylogeny, how do we group together (or cluster) the organisms; in our case, viruses? Some virologists would argue that the spectrum of genetic diversity for viruses is a continuum, so that any attempt to divide them into different categories will not be sustainable. Indeed, virus sequences obtained from metagenomics studies often occupy the gaps between previously described groups – such as species or genera – and some argue that current taxonomic distinctions will fade away as this type of work continues.

Other virologists, in contrast, believe that there are significant biological barriers to the exchange of genetic material between viruses. These barriers might include an inability to recombine or to co-infect the same host or cell type within that host. If such barriers exist, then groups of viruses that are more isolated from each other should be grouped separately and viruses that are less isolated, and more able to exchange genetic material should be grouped together.

This process of grouping is initially applied to the lowest level of virus classification: the species. Species are then collected into genera, and so on up through the levels of subfamilies, families and orders, currently the highest-level taxon permitted for viruses. However, as these groups of viruses become more divergent, or different from each other, it becomes increasingly difficult to base the classification on genetic characters alone, since comparisons between virus nucleotide and protein sequences contain more and more noise. Other characters then take on greater significance, for example, protein structure, gene order, the type of nucleic acid, strandedness and the translational polarity of the virus genome.

The result of this process is the current taxonomy of viruses, a framework that is continuously refined in response to taxonomic proposals made to the International Committee on Taxonomy of Viruses (ICTV; www.ictv.global) each year. This taxonomy groups together viruses that are similar to each other in a hierarchy of relationships and helps us to make sense of the virus world.

Taxonomy is important, but it is not fixed – changes are continually being made in response to new information on known and novel viruses. The mechanics of virus taxonomy are also changing, new and faster processes aimed at keeping up with the rate of discovery are being developed, as well as analytical methods based on genome sequences alone, which may eventually lead to automated classification.

The field needs young virologists who are interested in the origins, scope and impact of virus evolution and are willing to engage with the scientific discipline of virus taxonomy. This dynamic subject has an essential role to play in the future of theoretical and experimental virology. Come to the symposium below and find out more: The global virome – the scope, causes and consequences of viral diversity. Tuesday 10 April 2018 at the Microbiology Society Annual Conference, ICC Birmingham, UK. (www.microbiologysociety.org/annualconference).

Find the latest information on virus taxonomy in Journal of General Virology’s ICTV Virus Taxonomy Profiles. Written by ICTV study groups, these short citable summaries of the ICTV 10th report include up-to-date information on the virion, genome, replication and  taxonomy of virus families.

I would like to thank Donald B. Smith and Andrew J. Davison for contributing to the preparation of this article, and Alexander E. Gorbalenya for many discussions.